Adding Up the Costs of Bullying in the Workplace

Update Required To play the media you will need to either update your browser to a recent version or update your Flash plugin.
By VOA
2011-3-24 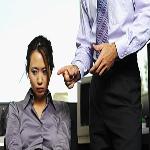 Photo: Getty Images
Bullying in the workplace can take many forms

President Obama held a White House conference this month to discuss ways to prevent bullying in school. But bullying is a problem not just among young people. Workplace bullying can involve threats, baseless criticism, discrimination and favoring some employees unfairly over others.

Thirty-five percent of Americans in a survey said they had been bullied at some time at work. The poll by Zogby International and the Workplace Bullying Institute found that another fifteen percent have witnessed it.

What some workers might consider bullying by another worker or a supervisor might not be true. But experts say productivity suffers in workplaces where employers tolerate or accept bullying. People take sick leave more often. Some take legal action.

Jennifer Sandberg is a law partner in the Atlanta offices of Fisher & Phillips. She represents companies in labor cases. She says employers can avoid most problems simply by acting in a professional, businesslike way.

JENNIFER SANDBERG: "The best advice I can give to managers and supervisors is not to worry about the law, but rather to be sure that their behavior is professional."

She says this means that everyone plays by the same set of rules.

JENNIFER SANDBERG: "There are still basic rules that every single person in an organization needs to follow."

People who bully spend less time on productive work. They can make the workplace tense and unhealthy.

She also says people who show self-respect can be less likely targets of a bully. She gives examples like dressing well and looking people in the eye when talking to them.

And Lauren Mackler advises people who feel bullied to consider how the bully got that way.

LAUREN MACKLER: "You can equate the behavior with the degree of pain that the bully carries inside."

She says bullies were often bullied themselves as children.

LAUREN MACKLER: "That'll help you to have more compassion inside instead of judging the person and further feeding a toxic interaction."

But bullying can cause some people to leave their job. Ms. Mackler says replacing experienced workers can cost one and a half times their yearly pay, or even more.

Last April, Australia's Productivity Commission considered the cost of bullying in a report on workplace safety. The lowest estimate of the cost to the Australian economy ten years ago was six to thirteen billion dollars.