Update Required To play the media you will need to either update your browser to a recent version or update your Flash plugin.
By Dana Demange and Caty Weaver
2010-3-4 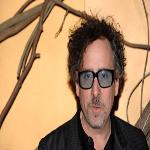 DOUG JOHNSON: Welcome to AMERICAN MOSAIC in VOA Special English. I'm Doug Johnson. Today on our program, we visit an art exhibit by film director Tim Burton, play music by Vampire Weekend, and answer a question about religion in America.

Tim Burton makes strange and creative movies. They are influenced by his love of old horror and science-fiction films. Some of his most famous movies include "Beetlejuice", "Edward Scissorhands," "Mars Attacks!" and "Corpse Bride."  Visitors to New York City can see more of Tim Burton's artistic work at an exhibit at the Museum of Modern Art.  tells us more.

STEVE EMBER: Space creatures, body parts, deformed faces and tragic yet funny stories. This is a good description of Tim Burton's creative style. He is best known for his dark and inventive movies. But he began his career as an artist. The Museum of Modern Art has gathered over seven hundred of Tim Burton's drawings, paintings and other works.

Tim Burton made several of the drawings when he was very young growing up in Burbank, California.

In high school, he won a local competition to design an advertisement for an anti-trash campaign. This was the first public recognition of his growing artistic skills. Later, he attended the California Institute of Arts.  Then he worked for Walt Disney Studios for four years.

Visitors to the exhibit can see the many drawing books he made during this period.  He explored facial expressions, body types and stories. And they can see the development of his unmistakable artistic style that has a dark playfulness.

One room is very dark.  Special lighting makes a series of paintings on cloth glow in the dark. Another room is a long black and white tunnel. Television screens show Tim Burton's strange cartoon about a character called "Stainboy."

Detailed drawings show how he created the characters in his films. These include the Red Queen from "Alice in Wonderland" which opens in the United States this week.

Several art critics say the drawings in the show are not nearly as interesting and skillful as Tim Burton's films.  But visitors seem to think otherwise. Thousands of people a day have seen the exhibit, which is often sold out.

DOUG JOHNSON: Our question this week comes from Indonesia. Sholeh wants to know which religions have the most followers in the United States, including Islam.

America was established by people escaping religious oppression. It is a big country with a history of welcoming immigrants.  As a result, the United States is a nation where many spiritual beliefs are represented.

The United States has almost three hundred nine million people. The Pew Forum on Religion and Public Life did a study in two thousand seven on major religious traditions in the United States.

The researchers questioned more than thirty-five thousand adults.  It found that Christianity is the largest religion in the United States.  About seventy-eight percent of adults are Christians.  Among those, about fifty-one percent are Protestants. Catholics are about twenty-four percent of the adult population.

About sixteen percent of Americans say they have no religion.  This group has been growing faster than any of the religious groups in America over the past twenty years.

The study found that Jews are less than two percent of the adult population of the United States.  Buddhists are less than one percent. Muslims are also less than one percent of the population.  However, the total number of Muslims in the population differs according to different groups.  The Pew Research Center says there are two and one-half million Muslims in the United States.  Other estimates are between five and seven million Muslims.

The study also found that more than one-quarter of American adults have left the religion in which they were raised.  They now follow another religion or no religion at all.

What may be more important to most Americans than religion among their fellow citizens is a government free of it.  The first amendment to the United States Constitution reads "Congress shall make no law respecting an establishment of religion, or prohibiting the free exercise thereof..."  The idea is to keep governmental powers independent from private religious beliefs. 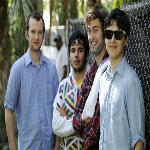 DOUG JOHNSON: Vampire Weekend writes smart songs that combine rock music with African-influenced rhythms. The band is well-educated, well-dressed and well-spoken. Its second album "Contra" has become a huge success. Critics say the new songs take interesting risks and show a whole other side of the band.

SHIRLEY GRIFFITH: That was the energetic song "Run." It expresses a desire to escape everyday life. The four members of Vampire Weekend met while attending college at Columbia University in New York City.

They first began playing as a band in two thousand six. They named their group "Vampire Weekend" after a film lead singer Ezra Koenig made while in school. Here is the song "Diplomat's Son."

The name for Vampire Weekend's new album was partly influenced by a video game that was popular in the late nineteen eighties. Ezra Koenig says that to his generation "Contra" means one thing. But to his parent's generation the word is a reminder of the counter-revolutionary movement in Nicaragua. Mister Koenig said the group chose the name because its meaning suggests opposition and contrasts. We leave you with the playful sound of "White Sky."

DOUG JOHNSON: I'm Doug Johnson. Our program was written by Dana Demange and Caty Weaver, who was also our producer. For transcripts, MP3s and podcasts of our programs, go to 51voa.com. You can also post comments.

Do you have a question about people, places or things in America? Click Contact Us at the bottom of our Web site.  Or write to mosaic@voanews.com. We may answer your question on our show.