Update Required To play the media you will need to either update your browser to a recent version or update your Flash plugin.
By Caty Weaver
2011-9-29 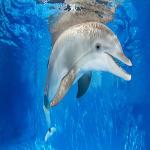 I'm Pat Bodner. Today we listen to new music from folk musician Pieta Brown and answer a question about the people in movie crews.

But, first we tell about efforts to protect Hollywood's animal actors.

PAT BODNER: Animals have been used, and sometimes abused, in movie-making since the early days of the industry. However, the American Humane Association has worked for many years to protect animals in films. And, the digital age might make animal actors unnecessary. Christopher Cruise has our story.

CHRISTOPHER CRUISE: The new film "Dolphin Tale" tells about a dolphin that loses her tail because of an injury from a crab-trap. A doctor provides her with an artificial tail that saves her life.

The film is based on a real event. And the star of the film, Winter, is a real dolphin that lost her tail. The American Humane Society worked with the movie's makers to make sure Winter stayed safe and healthy during filming. The animal protection group does this for all animal actors in America.

KAREN ROSA: "Everything from the smallest insect to the largest mammal. We believe that for the sake of entertainment, everybody should go home alive."

This was not always the policy in the early days of film. In nineteen thirty-nine a horse was forced off a mountain, falling to his death, in the movie "Jesse James." The next year, guidelines were established to guarantee safe and healthy conditions for animals in movies.

SOUND – "Rise of the Planet of the Apes"

That is from the new film "Rise of the Planet of the Apes." The movie tells about the creation of super intelligent apes through science. However, no real animals were among the performers. Computer generated imagery provided the chimpanzees, gorillas and orangutans that movie goers see.

Clare Richardson is the president of the Diane Fossey Gorilla Fund. She says computer generated imagery should decrease the use of animals in the film industry.

CLARE RICHARDSON: "I think we need to send a stronger message when we say, phase it out people, you don't really need it.

Karen Rosa praises movie makers for the use of computer-made animals. But, she also says there is nothing like the real thing.

KAREN ROSA: "Capturing the real animal and its personality, the individual animal as well as the collective representation of the species, is unique and very special that it can be presented on film."

Those on all sides of the issue seem to welcome the new technology, however. They say it helps protect animals and expands the creative possibilities of moviemakers.

PAT BODNER: Our listener question this week comes from Fernando in Brazil. He wants to know more about the many jobs listed in small print in the credits at the end of movies.

Some of these jobs have funny names -- like boom operator. It sounds like someone who works with explosives. But in this case a boom is a long pole with a microphone at the end. 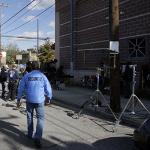 Movie crew members on a set in New Orleans, Louisiana

If moviemakers yell "get a grip," they are not telling people on the set to get hold of reality. A grip is a lighting and camera support person. Grips set up the lighting for each shot and handle the equipment to help the camera operator get the best shot.

A key grip supervises other grips. And grips work with gaffers. A gaffer is a chief lighting technician who supervises electricians.

A greensman provides any plants, real or fake, that are needed on the set. The job is done under the supervision of the set decorator or production designer. Wranglers are responsible for animals used in a production. This might sound like fun, unless you have to work on a movie like, say, "Snakes on a Plane."

A script supervisor keeps detailed records of shots and is responsible for continuity. Everything has to be where it is supposed to be, not only within a scene but from one scene to the next. If not, the audience might notice a blooper, a mistake. Even a small problem with continuity might mean that a scene has to be reshot.

Sometimes actors may not want to appear in scenes themselves. Or there may be a technical reason not to. So the director will use a body double. The hope is that no one in the audience will see a difference. Professional ballerina Sarah Lane was a body double in the Oscar-winning movie "Black Swan." She performed much of the dancing for the star, Natalie Portman.

Stars, of course, usually get credit at the beginning of a movie, along with producers and directors. But it takes all those other people listed at the end to make it all possible. Think about that the next time you leave a theater while the credits are still rolling on the screen.

PAT BODNER: Pieta Brown is folk musician who began performing professionally a little later than most. But, her natural skill for writing songs is no surprise. Making music is a part of her roots. Mario Ritter tells us more about Pieta Brown and her latest album, "Mercury."

MARIO RITTER: Earlier this year, Pieta Brown explained what making music meant to her. "The artistry comes first," she said, "the business is second." She told a reporter that this independent spirit was a genetic gift from her father, folk musician Greg Brown.

Her father provided something else important to Pieta Brown's music and more. He introduced her to blues musician Bo Ramsay. They first met when she was just seventeen. They later became partners in music and in life.

Pieta Brown grew up in the southeastern United States. She says she had a dream one night of returning to the South to make a recording. Soon after, she was invited to record in a one room studio in rural Tennessee. She said the building was very much like what she saw in her dream. And she immediately accepted the invitation. 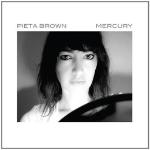 All of "Mercury" was recorded in that studio in three days. The first song on the album is the lively "Be With You."

Many critics have praised Pieta Brown. One called her work, "a dreamy wandering into the heart and soul of uniquely American music." Another described her songs as "polished poetry." We leave you with Pieta Brown performing "Glory to Glory" from her album "Mercury."

HOST: I'm Pat Bodner. Our program was written and produced by Caty Weaver, with additional reporting by Mike O'Sullivan. If you have a question about American life, send it to mosaic@voanews.com or click on the Contact Us link at 51voa.com. You can follow us on Facebook and Twitter at VOA Learning English.