Ann Landers, 1918-2002: She Helped Millions of People Deal With Their Problems

Update Required To play the media you will need to either update your browser to a recent version or update your Flash plugin.
By Caty Weaver
2011-4-23 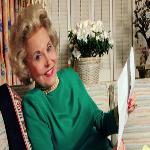 Photo: AP
Ann Landers said she had heard it all and some of it left her speechless.

MARY TILLOTSON: Many newspapers in the United States have writers who give advice. Some are experts about issues like gardening, food, health or money. People will write to the expert about a problem and he or she will try to solve it.

There also are advice writers who deal with the more personal issues in life. They answer questions about all kinds of things—love, children, mental health problems, morals. This was the kind of advice column that Esther Lederer wrote. She wrote it under the name of Ann Landers.

STEVE EMBER: Mrs. Lederer did not study to become a newspaper writer. In fact, she did not finish her university studies at Morningside College, in Sioux City, Iowa.

She was born in Sioux City on July fourth, nineteen eighteen. Her parents named her Esther Pauline Friedman. Esther's younger sister was born a few minutes later. She was given the same two first names in opposite order--Pauline Esther. The twins, Eppie and Popo as they were called, had two older sisters.

Their father, Abraham Friedman, had come to the United States from Russia. He sold chickens when he first arrived. Soon, he became a successful businessman who owned movie theaters in several states.

Eppie said she owed a lot to her parents and her childhood in the Middle West. She says both provided her with morals and values that helped her a lot in life.

MARY TILLOTSON: Eppie Friedman was in college when she met Jules Lederer. She left school to marry him in nineteen thirty-nine. Mister Lederer was a businessman. He helped establish a car service called Budget Rent-A-Car. It became very successful. Mister and Mrs. Lederer had their first and only child, Margo, in nineteen forty.

For years Eppie Lederer was happy to stay home and raise her child while her husband's business grew. They lived in Wisconsin at first. Mrs. Lederer became politically active in the Democratic Party there.

In nineteen fifty-five, the Lederers moved to Chicago, Illinois. That same year, the Chicago Sun-Times newspaper held a competition among its employees. The paper wanted to find a replacement for its advice columnist who wrote under the name Ann Landers. Eppie Lederer heard about the competition from a friend at the paper and decided to enter. She was one of thirty people who sought the job.

The competition was simple. Competitors were given several letters from people requesting help on different issues. The person who wrote the answers the newspaper officials liked best would win the job.

STEVE EMBER: Mrs. Lederer used the help of powerful friends to decide the best advice. For example, one letter writer asked about a tree that dropped nuts on her property. The tree grew on land owned by someone else. The letter writer wanted to know what she could do with the nuts.

Eppie Lederer decided that this was really a legal question so she sought help from a friend who knew about the law. That friend just happened to be a judge on the United States Supreme Court!

Another letter was about a Roman Catholic Church issue. So Eppie Lederer talked to the president of a famous Catholic university, Notre Dame. 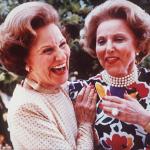 MARY TILLOTSON: The new Ann Landers discovered the job was not easy. She reportedly was deeply affected by many of the sad letters she received from troubled people. Mrs. Lederer later said that one Sun-Times editor helped her harden herself to those stories. He said she must separate herself from her readers and their problems. She said she would not have been successful in her work if it were not for that advice.

Ann Landers' popularity grew quickly. She immediately established herself as different from advice writers of the past. She became known for her easy writing style and her often funny answers. She related to her readers as if they were old friends. She seemed to say exactly what she thought, even when doing so might hurt the feelings of those seeking help. Most people considered Ann Landers' advice to be good, common sense.

For example, early in her work a young person wrote to ask Ann Landers' opinion of sexual activity among teenagers. She explained her objection to such activity by saying, "a lemon squeezed too many times is considered garbage."

STEVE EMBER: As Ann Landers gained fame so did many of her words. People began to repeat some her short, pointed sentences. One of the most famous of these was when she told readers to "wake up and smell the coffee." She would use this comment when advice seekers seemed to be denying situations that made them unhappy or uncomfortable.

Another well known Ann Landers saying was "forty lashes with a wet noodle." She would say this if she believed someone had done something mean, dishonest or just stupid. Ann Landers did not protect herself from such criticism, however. She often published letters from readers who argued against advice she had given. When she agreed with their criticism, she sometimes ordered the forty lashes for herself!

Ann Landers took a lot of risks in her column. She spoke out about many issues that some people considered offensive or socially unacceptable. She discussed homosexuality, alcoholism, drug dependency and mistreatment of children by parents, to list a few.

MARY TILLOTSON: Ann Landers also spoke out on political issues. She expressed her strong opposition to American involvement in the conflict in Vietnam. She was a major supporter of gun control and the right of a woman to choose to end a pregnancy. She also supported using animals in medical research.

These opinions made her an enemy of several groups, including the National Rifle Association, abortion opponents, and animal protection organizations. But, their pressure did not appear to worry Ann Landers. In fact, she once said she felt proud that these groups hated her. 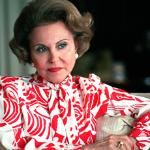 Columnist Ann Landers poses during an interview at her home

Her political activism was sometimes powerful. She expressed her support of legislation for cancer research in her column in nineteen seventy-one. President Richard Nixon received hundreds of thousands of copies of the column from Ann Landers readers. He soon signed the one hundred million dollar National Cancer Act.

STEVE EMBER: In nineteen seventy-five, Eppie Lederer's life changed. Her husband, Jules, told her he was involved with another woman. That relationship had been going on for several years. Mister and Mrs.Lederer separated.

This experience affected Ann Landers' advice about seriously troubled marriages. She had always advised couples to stay together to avoid hurting their children. After her separation from her husband she wrote a column about her decision to end her marriage. She received tens of thousands of letters from her readers offering their support and sympathy.

Ann Landers continued to suggest that a husband and wife in a troubled marriage seek counseling. But she was now more willing to consider that a marriage might be beyond repair.

MARY TILLOTSON: Eppie Lederer's sister Popo also became an advice columnist. Her column was called "Dear Abby." Like Ann Landers, Dear Abby was published in thousands of newspapers. Some reports say the competition between the two advice columns led to a dispute between the twin sisters. They reportedly did not speak for five years.

Eppie Lederer's daughter, Margo Howard, is an advice columnist as well. But, neither her daughter or her sister won the kind of fame and following that Ann Landers did. Her column appeared in The Chicago Tribune and about one thousand two hundred other newspapers around the world. Her advice reached tens of millions of people every day. That was her goal. She said having many readers was more important to her than winning a famous prize.

STEVE EMBER: In January, two thousand two, doctors discovered that Eppie Lederer had multiple myeloma. It is a very serious form of cancer of the bone marrow. Her death came just six months later, on June twenty-second. She was eighty-three.

Eppie Lederer owned the rights to the Ann Landers name and did not want it to be used after she died. So millions of people around the world have received the last words of advice from Ann Landers.

STEVE EMBER: And I'm Steve Ember. Join us again next week for another PEOPLE IN AMERICA program on the Voice of America.