Bernanke Says Federal Reserve Will Act if US Economy Weakens

Update Required To play the media you will need to either update your browser to a recent version or update your Flash plugin.
By VOA
2010-8-27 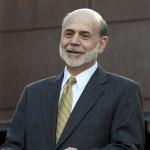 The United States central bank is prepared to take further actions to support the economy if conditions get a lot worse. Federal Reserve Chairman Ben Bernanke gave that message in a speech Friday in which he discussed possible steps.

These include buying more securities in an effort to push down longer-term interest rates and increase economic growth.

He spoke in Jackson Hole, Wyoming, where the Fed holds a yearly conference for central bankers and other international guests.

Mr. Bernanke says it is "reasonable" to expect some increase in economic growth starting next year. Stocks ended the day higher after his speech. It followed a number of reports this week that added to concerns about the slow speed of recovery from the recession.

On Friday, the Commerce Department lowered its estimate for the gross domestic product. GDP is the widest measure of the economy. It measures goods and services produced in the United States.

The latest report said the economy grew at an annual rate of one and six-tenths percent between April and June. That was less than the early estimate of two and four-tenths percent. Still, it was not as bad as many economists had predicted.

The report said the economy grew three and seven-tenths percent from January to March.

The slowing in GDP largely resulted from a sharp increase in imports . Imports of goods and services increased almost three times as fast in the second quarter as in the first three months of the year. Exports slowed.

Earlier this week, a report said manufacturing grew less in July than economists had predicted.

Not all the reports were bad. The Labor Department said the number of first-time claims for unemployment aid fell for the first time in four weeks.

But more Americans are having trouble making monthly payments on their home loans. The Mortgage Bankers Association reported that between April and June, almost ten percent of homeowners were at least one month late. 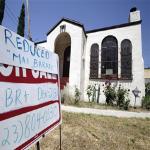 Housing helped lead economic recoveries in the past. But this time the housing market not only helped create the recession. Many economists say it is also limiting the recovery.

The Commerce Department reported that sales of newly built houses dropped twelve percent between June and July. They fell to the lowest level since records began in nineteen sixty-three.

The National Association of Realtors reported that sales of existing homes fell twenty-seven percent in July. Sales of single-family homes were at their lowest level since records began fifteen years ago.

Jed Smith directs research for the association. He says the big drop in sales was largely because of the end of a federal tax credit for first-time homebuyers.