Update Required To play the media you will need to either update your browser to a recent version or update your Flash plugin.
By Shelley Gollust
2011-7-16 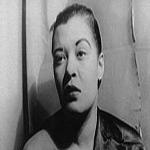 Billie Holiday was one of the greatest jazz singers in America

STEVE EMBER: And I'm Steve Ember with the VOA Special English program, PEOPLE IN AMERICA. Every week we tell about a person important in the history of the United States. This week, we tell about Billie Holiday. She was one of the greatest jazz singers in America.

SHIRLEY GRIFFITH: That was Billie Holiday singing one of her famous songs. She and Arthur Herzog wrote it. Billie Holiday's life was a mixture of success and tragedy. Her singing expressed her experiences and her feelings.

STEVE EMBER: Billie Holiday was born Eleanora Fagan in nineteen fifteen in Baltimore, Maryland. Her parents were Sadie Fagan and Clarence Holiday. They were young when their daughter was born. Their marriage failed because Clarence Holiday was not at home much. He traveled as a musician with some of the earliest jazz bands.

Sadie Fagan cleaned people's houses. But she could not support her family on the money she earned. So she moved to New York City where the pay was higher. She left her daughter in Baltimore with members of her family.

SHIRLEY GRIFFITH: The young girl Eleanora Fagan changed her name to Billie, because she liked a movie star, Billie Dove. Billie Holiday loved to sing. She sang and listened to music whenever she could. One place near her home had a machine that played records. The building was a brothel where women who were prostitutes had sex with men for money. 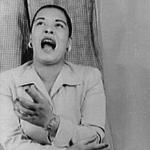 Billie cleaned floors and did other jobs for the prostitutes so she could listen to the records. It was there that young Billie first heard the records of famous black American blues artists of the nineteen twenties. She heard Bessie Smith sing the blues. And she heard Louis Armstrong play the horn. Both musicians had a great influence on her.

STEVE EMBER: Billie Holiday once said: "I do not think I'm singing. I feel like I am playing a horn. What comes out is what I feel. I hate straight singing. I have to change a tune to my own way of doing it. That is all I know."

Here is Billie Holiday singing a popular song of the nineteen thirties, "More Than You Know."

SHIRLEY GRIFFITH: Billie Holiday had a tragic childhood. When she was ten, a man sexually attacked her. She was accused of causing the man to attack her and sent to a prison for children.

In nineteen twenty-seven, Billie joined her mother in Harlem, the area of New York City where African-Americans lived. Billie's mother mistakenly sent her to live in a brothel. Billie became a prostitute at the age of thirteen. One day, she refused the sexual demands of a man. She was arrested and spent four months in prison.

STEVE EMBER: Two years later, Billie's mother became sick and could not work. Fifteen-year-old Billie tried to find a job. Finally, she was given a job singing at a place in Harlem where people went at night to drink alcohol and listen to music.

For the next seventeen years, Holiday was one of the most popular nightclub singers in New York. She always wore a long white evening dress. And she wore large white flowers in her black hair. She called herself "Lady Day." 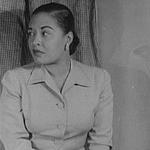 In nineteen fifty-six, Billie Holiday wrote a book about her life called "Lady Sings the Blues"

SHIRLEY GRIFFITH: In the early nineteen thirties, a music producer, John Hammond, heard Billie Holiday sing in a nightclub. He called her the best jazz singer he had ever heard. He brought famous people to hear her sing.

Hammond produced Holiday's first records. He got the best jazz musicians to play. They included Benny Goodman on clarinet, Teddy Wilson on piano, Roy Eldridge on trumpet and Ben Webster on saxophone. They recorded many famous songs with Billie Holiday.

"I Wished on the Moon" is one of them.

STEVE EMBER: In the late nineteen thirties, Billie Holiday sang with Artie Shaw's band as it traveled around the United States. She was one of the first black singers to perform with a white band. But racial separation laws in America made travel difficult for her.

It was here that Billie Holiday first sang a song called "Strange Fruit." A school teacher named Lewis Allan had written it for her. The song was about injustice and oppression of black people in the southern part of the United States. It told about how mobs of white men had killed black men by hanging them from trees.

Many people objected to the song. It was unlike any other popular song. But it was a huge hit. Here is Billie Holiday singing "Strange Fruit."

SHIRLEY GRIFFITH: In the nineteen forties, Holiday started using the illegal drug heroin. Soon her body needed more and more of the drug. It began to affect her health. 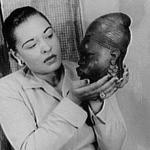 In nineteen forty-seven, Billie Holiday was arrested for possessing illegal drugs. She was found guilty and sentenced to nine months in prison. When she was released, New York City officials refused to give her a document that permitted her to work in any place that served alcoholic drinks. This meant Holiday no longer could sing in nightclubs and jazz clubs. She could sing only in theaters and concert halls.

Ten days after her release from jail, she performed at New York's famous Carnegie Hall. People filled the place to hear her sing. This is one of the songs she sang at that concert. It is called "I Cover the Waterfront."

STEVE EMBER: In nineteen fifty-six, Billie Holiday wrote a book about her life. The book was called "Lady Sings the Blues." A friend at the New York Post newspaper, William Dufty, helped her write the book. A few months later, she was arrested again for possessing illegal drugs. But instead of going to prison, she was permitted to seek treatment to end her dependence on drugs. The treatment was successful.

That same year, she performed her second concert at Carnegie Hall. Here is one of the songs Holiday sang that night. It is called "Lady Sings the Blues." She and Herbie Nichols wrote it.

SHIRLEY GRIFFITH: Billie Holiday's health was ruined by using illegal drugs and by drinking too much alcohol. Her last performance was in nineteen fifty-nine. She had to be led off the stage after singing two songs. She died that year. She was only forty-four. But Lady Day lives on through her recordings that continue to influence the best jazz singers.

STEVE EMBER: This Special English program was written by Shelley Gollust. It was produced by Lawan Davis. I'm Steve Ember.

SHIRLEY GRIFFITH: And I'm Shirley Griffith. Our programs are online with transcripts and MP3 files at 51voa.com. And you can find us on Facebook and YouTube at VOA Learning English. Join us again next week for PEOPLE IN AMERICA in VOA Special English.