Update Required To play the media you will need to either update your browser to a recent version or update your Flash plugin.
By Christopher Cruise
2012-1-28 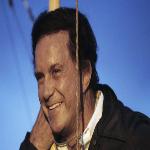 JUNE SIMMS: This is PEOPLE IN AMERICA, in VOA Special English. Today we tell about award-winning actor Cliff Robertson. He appeared in movies, television shows, and plays for more than half a century. Here is Jim Tedder.

JIM TEDDER: Cliff Robertson died of natural causes in Long Island, New York on September tenth, two thousand eleven. He died a day after his eighty-eighth birthday. Cliff Robertson was born in California, not far from Hollywood. But he did not live there and often was critical of the motion picture industry.

As a young man, Robertson never thought he would be an actor, and he did not take acting seriously. Robertson said he always thought he would be a reporter. In fact, he wrote for a small newspaper in Ohio when he attended college. But, he began accepting small acting parts. Over time, those roles got bigger, and soon he was making a living as an actor.

Clifford Parker Robertson the third was born on September ninth, nineteen twenty-three. His mother died when he was only two and a half years old. He was raised by his grandmother. He said his father was married several times. 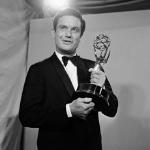 Most young people know very little about Cliff Robertson. But at one time he was one of the best-known actors in the United States. Years ago, "Look" magazine, an influential publication of the time, called Robertson "one of the finest young actors in America today." He became a big star on television and was often praised by critics. Yet he was never a movie star.

Robertson said he did not make it into what he called "that golden circle of three or five stars in Hollywood who can pick and choose" their parts in movies. In nineteen sixty-seven, he said, "I take what's left over ... They all know me as a utility player. ‘Good old Cliff,' they say. Someday I'd like to be in there as the starting pitcher."

In two thousand five, Robertson spoke about his life for the Academy of Television Arts and Sciences Foundation.

CLIFF ROBERTSON: "I began to feel like they finally recognized who I was - as a kind of a good, not a big, not a huge, not a star, but a good infield shortstop. I could be depended on."

JIM TEDDER: Cliff Robertson may never have reached the highest levels in Hollywood, but he had what actors call "steady work" for many years. One writer said Robertson did not become truly interesting until he aged into character roles.

CLIFF ROBERTSON: "I think as a kind of more of a young character actor than a young leading man. Cause, see all these characters had an edge to them. I wasn't a pretty boy that's for sure."

JIM TEDDER: Robertson won an Academy Award for Best Actor for his work as a mentally-disabled cleaning worker in the movie "Charly." The film was based on the book "Flowers for Algernon".

CLIFF ROBERTSON: "I had such an empathy for the character when I read it. And I thought, ‘I think I can do this rather well.'"

JIM TEDDER: Robertson was in more than sixty movies. His career began in the nineteen fifties and continued into the twenty-first century.

In nineteen sixty-three, he starred as Lieutenant John F. Kennedy in the naval war film "P.T. 109." The film told about the military days of a young man who would become president of the United States. Robertson said President Kennedy personally approved of him playing the part.

In nineteen sixty-six, Robertson won an Emmy award for his work in the television movie "The Game." Before and after winning the Emmy, he had parts in films with actresses like Kim Novak, Jane Powell, Joan Crawford and Sandra Dee. He also worked with actors like Henry Fonda, Marlon Brando, Jimmy Stewart, Lee J. Cobb and Spencer Tracy. 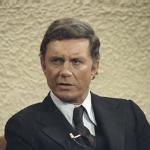 Cliff Robertson is interviewed on NBC's "Today Show" in 1978

Robertson acted in films through the nineteen nineties. In two thousand two, he became known to younger movie-goers as Uncle Ben in "Spiderman."

Cliff Robertson from "Spiderman" movie: "These are the years when a man changes into the man he's going to become the rest of his life. Just be careful who you change into. With great power comes great responsibility."

JIM TEDDER: Many critics praised Robertson for his performances on television and in Broadway plays. But many times those roles were given to others when the movie version was made.

For example, he starred as an alcoholic in the nineteen fifty-eight television movie "Days of Wine and Roses." But Jack Lemmon was given the part when the story was made into a theatrical movie in nineteen sixty-two. Robertson's role in the television movie "The Hustler" was given to Paul Newman in the theatrical movie. Robertson also starred in the Tennessee Williams play "Orpheus Descending" on Broadway. But his part was given to Marlon Brando when the film version of the play was made.

Robertson wanted to make sure that kind of thing would not happen to him again. In nineteen sixty-one, he starred in the television movie "The Two Worlds of Charlie Gordon." In the movie, he played a loveable man with the mental ability of a five-year-old. He takes part in a medical experiment that makes him extremely intelligent. But the medicine only works for a short time, and soon he becomes mentally-disabled again.

Robertson was nominated for an Emmy award for the television movie. While preparing for the movie, he bought the rights to make a Hollywood film about the story. He worked for almost eight years to persuade a movie studio to make it into a theatrical film with him in the lead role.

Finally, Robertson found a willing studio. And, in nineteen sixty-nine, he won the Oscar for Best Actor for "Charly."

CLIFF ROBERTSON from the movie "Charly": "I beat him ...(Charly speaks in a fast and excited voice. Then he promises to return to the medical center the next day.

JIM TEDDER: Cliff Robertson's life was not without difficulty. In the nineteen seventies, he proved that the head of a large Hollywood studio had signed Robertson's name on a ten thousand dollar check. The case that resulted came to represent corruption in Hollywood. Major film studios refused to offer movie roles to Robertson for three and a half years. But he found work as a spokesman for a telephone company, and became well-known because of its advertisements. He said the case taught him that he had more bravery than brains, and he said he was proud of that.

Cliff Robertson was known as a critic of the movie industry. Robertson once said he went to Hollywood only to work and never to live. He told "The New York Times" in nineteen seventy-two that nobody had made more bad films than he had made.

In two thousand five, he was critical of Hollywood's "tendency to dramatize, inflate, romanticize and exaggerate." And he hated its interest in money.

CLIFF ROBERTSON: "And you buy bodies, you buy souls, you buy integrity. You think anything and everything and anyone can be bought – you're wrong."

In nineteen sixty-six, Robertson married actress Dina Merrill. She was the daughter of the wealthy American businessman E.F. Hutton and his wife Marjorie Merriweather Post. Miz Post was one of the richest women in the world. Cliff Robertson and Dina Merrill had a daughter, named Heather. Their marriage ended after twenty-two years. Heather Robertson died of cancer in two thousand seven.

Robertson said he considered himself lucky in many ways -- not just because he had a long acting career. Two times he was supposed to take a flight, but did not. Both times the flight crashed, killing everyone on the plane.

In two thousand five, Robertson was asked if he had any regrets. After thinking a few seconds, he had this answer.

CLIFF ROBERTSON: "Time, wasted time and there are swatches of it here and there – it's the most valuable thing in the world aside from love."

JIM TEDDER: Cliff Robertson never considered himself a great actor, although he was sure he could play many roles. He said "give me some ... words, let me play with them, maybe come up with a surprise." But he never watched his performances. ‘I do not enjoy seeing myself,' he said.

CLIFF ROBERTSON: "I've never really been satisfied with anything that I've ever done. It's a degree of dissatisfaction - I always feel like I could have done it better if circumstances were different...I think I'm mature enough to recognize now that maybe I've done as well as I could do under the circumstances, but there's that little voice underneath saying: ‘You (could) do better.'"