Critics' Picks for Best Books and Movies of the Year

Update Required To play the media you will need to either update your browser to a recent version or update your Flash plugin.
By Caty Weaver
2011-12-29 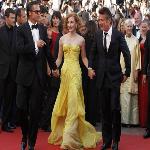 Photo: AP
From left, actors Brad Pitt, Jessica Chastain and Sean Penn arrive for the screening of 'The Tree of Life' at Cannes international film festival last May

I'm Doug Johnson. Today on our show: the best books and movies from two thousand eleven. Plus, we play some of the music we missed this year.

DOUG JOHNSON: Hundreds of great books are published in America every year. And every year, editors, critics and other readers try to choose a list of favorites. The many lists for twenty-eleven cover almost every kind of fiction you can imagine.

A few books showed up on list after list of the best fiction from this year. One of them was Ann Patchett's "State of Wonder." Publishers Weekly described the novel as one "readers will hate to see end."

The story centers on a drug researcher from Minnesota named Maria Singh. She travels to Brazil to investigate the death of a co-worker. Her search takes her deep into the Amazon area and danger. But, she also goes deep into her own soul for a close look at who she is, what she has lost in her life and how she wants the future to look.

Ann Patchett lives in Tennesee. She told Publishers Weekly magazine that the state is dense and leafy, like the Amazon jungle. She visited that area while doing research for the novel. She also said that she named the natives in "State of Wonder" Lakashi after her favorite breakfast food. 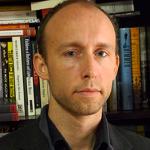 Chad Harbach's name was also all over the critics' best lists this year for his first book, "The Art of Fielding." The New Yorker magazine praised the novel for the easy way it joins a love of baseball with a love of literature.

The book is about a college baseball star. He suffers a mental crisis and begins to fail on the playing field as a result. But the book is about much more than the sport of baseball. It also is a story of love, loss, friendship and growing up.

Chad Harbach says his own upbringing influenced the book.

CHAD HARBACH: "I grew up in Wisconsin in a place where really, sports are king. And if you are a young man growing up in a place like that you most likely devote an enormous amount of your time and attention to playing sports."

He also says baseball holds a special place in the world of sports.

CHAD HARBACH: "Baseball is unique in the way in which it is both a team sport and a profoundly individual sport."

"The Marriage Plot" also got a lot of attention this year. It is the third book from Pulitzer Prize winner Jeffrey Eugenides. He spent almost ten years writing it.

"The Marriage Plot" is also a story about becoming an adult. It follows the lives of three students in their final year of college and beyond. Leonard struggles with manic depression, Mitchell, with religious belief and Madeleine struggles with her feelings for both men.

Jeffrey Eugenides told a reporter that his past was linked to Mitchell's character. He said he studied religion in college and considered becoming a Roman Catholic. He was raised in the Greek Orthodox faith. Eugenides said that reading books made him change his mind and take a different path. He said James Joyce's "A Portrait of the Artist as a Young Man," was especially influential. And he says that was the major point of "The Marriage Plot," that reading books can change your life.

DOUG JOHNSON: Movie critics seem to differ in their choices of best movies this year more than in years past. However, a few movies were noted on most lists. Katherine Cole tells about them.

KATHERINE COLE: Brad Pitt was in two of the movies that critics praised wildly this year. One was director Terrence Malick's film "The Tree of Life" which tells the story of a family in Texas in the nineteen fifties. Pitt's character and his wife, played by Jennifer Chastain, are the parents of three boys. All are struggling to balance their spiritual and worldly selves. The father Jack is not the professional success he thinks he should be. Her tries to force his children to reach the goals he did not meet.

Pitt also starred in "Moneyball," a widely praised movie based on a book by Michael Lewis. "Moneyball" tells the story of Billy Beane, the former manager of the Oakland A's baseball team. Beane used a revolutionary method based on economic principles to create a winning team.

"Moneyball" is filled with interesting characters and extremely good performances. It combines the romance of baseball with the hard reality of the sport as business. And, as Peter Travers of Rolling Stone magazine points out, "Moneyball" is about more than baseball. He says it's about "how we play the fame of our lives, and the excuses we make in the name of winning."

We finish with Woody Allen's "Midnight in Paris," a movie many describe as a love letter to the French capital. Allen has been making movies for more than fifty years. And many of them take place in New York City. But, Woody Allen says the change to Paris was not made for romance.

WOODY ALLEN: "I was going to make a film in Paris because it was being financed and I had no idea for a film in Paris. I thought that it would be a romantic film because we all grew up on Paris in the movies as romantic and I thought of the title, ‘Midnight in Paris.' And for a long time, six weeks at least, I didn't know what happened at midnight in Paris. Do two people meet? Are they having an affair? What is happening? Then one day it occurred to me that the protagonist would be walking along the street, a car would pull up and there'd be some exciting people and they would take him on an adventure."

The adventure is nightly time travel to the nineteen twenties bars and cafes visited by famous writers of the past. Owen Wilson plays Gil Pender, the writer who finds himself in the presence of great artists like F. Scott Fitzgerald, Gertrude Stein and Ernest Hemingway. He also meets Adriana played by French actor Marion Cotillard.

ADRIANA: "Tell me more about your book."
GIL: "My book is kind of... You know what? I couldn't care less about my book tonight. I just want to walk around Paris with you."
ADRIANA: "I keep forgetting you are just a tourist."
GIL: "That's putting it mildly."

Midnight is Paris is a beautifully shot film by cinematographer Darius Khondji. Critic Rex Reed in the New York Observer said Woody Allen "gives us all the Paris of our dreams."

DOUG JOHNSON: We covered lots of great music this year. But as always we had to leave some albums and artists out of the mix. So today Christopher Cruise plays some of the twenty eleven music we missed.

CHRISTOPHER CRUISE: British band Radiohead released its eighth album in February of this year. Critics generally praised "The King of Limbs" and the Recording Academy has nominated it for five Grammys. The awards ceremony is in Los Angeles on February twelfth.

Radiohead did not release any singles from "The King of Limbs." However, a music video was released for the song "Lotus Flower." The Canadian recording artist Drake put out his second album last month. "Take Care" also entered Billboard's Top Two Hundred at number one. Drake released three singles from the record. "Make Me Proud" was one of them.

DOUG JOHNSON: I'm Doug Johnson. Each week for the past several years, I have had the honor and privilege to host this program, American Mosaic. Well, it's time for me to ride off into the sunset as I retire from Voice of America. Thank you all for listening and best wishes to each and every one of you.

Our program today was written and produced by Caty Weaver. If you have a question about American life, send us an e-mail to mosaic@51voa.com.

Tune in again next week for music and more on AMERICAN MOSAIC in VOA Special English.