Update Required To play the media you will need to either update your browser to a recent version or update your Flash plugin.
By VOA
2011-8-17 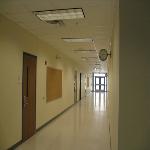 Photo: Bill Zeeble
The Barack Obama Leadership Academy in Texas will be an all-boys school when classes resume this fall.

Girls and boys usually attend classes together in American public schools. But there are some single-sex programs, like a girls public school in Dallas, Texas. It opened in two thousand four. The students have done well enough that the school system is now opening a school for boys.

The Barack Obama Male Leadership Academy is part of the Dallas Independent School District. The school year begins Monday. Academy Principal Nakia Douglas has been giving tours to incoming students and their parents.

NAKIA DOUGLAS: "This wing here will be our electives -- specifically all of our foreign languages: Latin, Mandarin, Spanish. Our debate will be housed here."

Mr. Douglas says he was the kind of student that the school is seeking.

NAKIA DOUGLAS: "I was born and raised in south Dallas by a single parent. I was a neighborhood child. I was that child that -- I would work if I knew the teacher believed in me. But, at the same time, I had a hunger and desire for more. A lot of our young men have that hunger, desire and ability now."

Educational researchers say boys learn in different ways and mature more slowly than girls, and are more likely to leave school. Being in class with the opposite sex can also take attention away from learning.

Kendall Keeter thinks the boys school will be good for his son the way the girls school was for his daughter.

KENDALL KEETER: "Our thought was to also give our son an opportunity that would best prepare him for college in the same manner she was prepared, and I can't imagine any other option that would have prepared her better."

Another parent, Madeline Hayes, also likes the idea of a publicly funded school for boys.

MADELINE HAYES: "This is something, as cheesy as it sounds, that I've always dreamed about, that there will be a boys school that doesn't charge twenty-five thousand dollars a year, but would give the same academics, the same level of interaction and leadership."

The school is for grades six through nine. It will offer college preparatory classes and leadership courses even on weekends.

Principal Douglas says the boys will be urged to support one another.

NAKIA DOUGLAS: "Our young men grow together. But all of our young men we call 'brother.' So it may be Brother Malyk Davis or Brother Samuel Keeter. The young men understand they are their brother's keeper. And so the young men are really learning to be responsible not only for themselves, but also for their brothers here at the campus."

Madeline Hayes' son Kelvin is twelve. He will be entering the seventh grade.

KELVIN HAYES: "I've always wanted a higher academic purpose, always want somebody to challenge me when I make my mistakes. I can learn from them. And then they have classes like science, computer and robotics, and I enjoy especially robotics and building new technology, because when I grow up I want to be an engineer."

Fourteen year-old Malyk Davis will study cooking, or "culinary arts," at the Obama Academy in Dallas. He has already learned from a professional chef. However, he was not so sure he wanted to attend a school only for boys, and he heard bad things about the area.

MALYK DAVIS: "But once I began to looking into more about the options that they were having, I think I'm really going to enjoy this. It's going to be a long and tough road, but as long as I'm graduating in twenty fifteen, that's all that matters to me."

Most students who want to be accepted into the Obama Academy will need to have good grades and pass a number of tests. But ten to fifteen percent will not have to meet all of the entrance requirements. Principal Nakia Douglas says they will have to show they have a strong character and a desire to learn.

And that's the VOA Special English Education Report. What do you think of same-sex education? Tell us at 51voa.com. I'm Christopher Cruise.