Teaching the Dangers of Distracted Driving, Before It's Too Late

Update Required To play the media you will need to either update your browser to a recent version or update your Flash plugin.
By Julie Taboh
2010-6-30 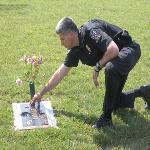 Car crashes are the top killer of American teenagers. Most of the crashes result from distracted driving -- not paying attention to the road.

Ryan Didone was a fifteen-year-old passenger in a car that hit a tree. He was one of the nation's more than thirty thousand victims of traffic crashes in two thousand eight. Nearly four thousand deaths, about twelve percent, involved drivers age fifteen to twenty.

THOMAS DIDONE: "It was an inexperienced, immature driver who felt that he was invincible, driving at night with a carload of kids. He was distracted, he was going too fast, and it ended up causing one death and some serious trauma and tragedy for the rest of the community." 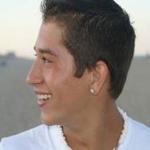 Jim Jennings from the Allstate Insurance Company says the number one cause of distracted-driving accidents is the mobile phone. He says talking on the phone or reaching for it is like drinking four beers and driving.

Government and private groups are using public service announcements and events to bring more attention to the problem. For example, the insurance industry recently held a safety event near Washington for teen drivers.

At first, nineteen-year-old Kevin Schumann easily avoided large, inflatable dolls thrown in front of the car to represent children. He also avoided orange cones representing the edge of the road. Then, as part of the test, he started texting. He hit several cones and at least one doll.

KEVIN SCHUMANN: "That's what really opened up the experience for me, to prove how bad it is to really text and drive."

Debbie Pickford of Allstate Insurance says teens are especially at risk from distracted driving -- and not just because they lack experience on the roads.

DEBBIE PICKFORD: "What we know from research on teen brain development, is that teens don't really have fully developed brains until they're twenty-five years old. You put those two things together and you get a much, much higher risk."

New legislation in Congress proposes to require all states to have what is called a graduated driver licensing system. Graduated means teenagers start with restrictions like on night driving and numbers of passengers. They could not get a full driver's license until age eighteen.

Thomas Didone shares the story of his son's death to help educate teens and their families about distracted driving.

THOMAS DIDONE: "We have to start doing things that are going to make a difference to change this behavior, because I really don't want to hear about four thousand more kids dying next year."

And that's the VOA Special English Education Report. You can watch a video of this report by Julie Taboh at 51voa.com. I'm Steve Ember.