Update Required To play the media you will need to either update your browser to a recent version or update your Flash plugin.
By VOA
2011-8-11 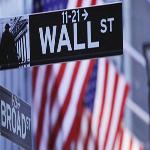 A "rollercoaster ride" is one description for these days of scary ups and downs in financial markets. If you want to use a more technical term, the markets are showing volatility.

Thursday was another example of a day of strong gains on the New York Stock Exchange after a day of heavy losses.

Major measures of United States markets have closed with their biggest one-day losses since the financial crisis of two thousand eight. Asia and Europe have also had sharp declines.

Volatile markets can react suddenly in wild and unpredictable ways. Usually some kind of shock, or more than one, is involved.

But shocks like a hopeful jobs report or good earnings results can stop a fall and send prices higher. (Also, when prices fall, investors may find good deals and start buying.)

The United States held S&P's top rating for seventy years and never had a downgrade. But many investors were expecting that to happen even after the budget deal in Washington. Congress last week agreed to increase the government's borrowing limit in return for steps to cut spending and reduce the deficit.

S&P says it thinks America's debt will only increase in the future. President Obama disagreed.

He said this week that markets still consider United States credit "as among the world's safest."

Still, there are growing worries of another recession -- a double dip. On Tuesday, policy makers at the central bank said economic growth so far this year has been "considerably slower" than they had expected. The Federal Reserve said it would likely keep short-term interest rates near zero for at least two more years.

Borrowing costs for the United States remain very low. But debt worries in two of Europe's biggest economies have increased costs for their governments in recent weeks.

On Monday the European Central Bank began buying debt securities from Spain and Italy. These efforts have helped push down interest rates for those countries. Nick Parsons, an economist with the National Australia Bank, says the bank made the right move.

NICK PARSONS: "It has been an absolutely critical decision."

But he also thinks the bank will have to buy more. And Europe must still deal with the rescues of Greece, Ireland and Portugal.