Update Required To play the media you will need to either update your browser to a recent version or update your Flash plugin.
By Christopher Cruise and Caty Weaver
2011-11-24 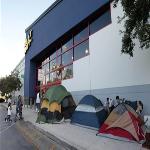 We also ask some Americans what they like to do on the day after Thanksgiving.

But, first, we tell about some foods specially prepared for American troops around the world.

MARIO RITTER: Many people across the United States are enjoying the long Thanksgiving holiday weekend. Thanksgiving dinner is a big event for Americans, both at home and overseas. The United States military is responsible for feeding troops not only on Thanksgiving Day, but throughout the year. Recently, the military has been taking steps to improve the meals it serves troops. Shirley Griffith has more.

But the Department of Defense has made changes to MREs. Among the changes is meat with caffeine added, and a more-nutritious applesauce it calls "Zapplesauce." Some of the new meals were recently shown to reporters at the National Archives building, in Washington, DC.

Gerald Darsch is the Director of the Defense Combat Feeding Directorate in Natick, Massachusetts. He says the troops of today want to eat different foods than those provided ten or twenty years ago. He says modern soldiers like a variety of foods.

GERALD DARSCH: "A lot of Mexican food, a lot of Chinese food, there's a lot of interest in Mediterranean cuisine that historically we haven't seen a lot of. Now there's obviously there's going to be that passion for fast food. But our job is to take fast food, make it look like it but make it nutritionally sound and we've had some pretty good luck in doing that." 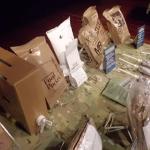 Current MRE choices even include vegetarian or holiday meals. Mr. Darsch says the goal of the effort is to make American troops the best-fed fighting forces in the world.

The Combat Feeding Directorate says it attempts to provide the best possible nutrition value to the troops. It says food affects the health, efficiency and morale of the troops.

Mr. Darsch says the current MREs are much improved because the military listened to American soldiers.

GERALD DARSCH: "What we're doing is we're going to the field every year and we're evaluating the MRE with the prototype test items."

Mr. Darsch says a single MRE costs the American taxpayer about seven dollars and twenty cents; that includes development costs and the cost of the food and packaging. He says MREs that the troops like can save lives and money. That is because large numbers of vehicles are not needed to transport hot meals to troops in the field. MREs have self-contained heaters – just add water and a special container heats the meal.

Gerald Darsch says American soldiers have liked the changes. But his research laboratory has yet to be completely successful. It has attempted, but failed to produce a pizza that can be put in an MRE. Yet, says Mr. Darsch, MRE no longer means "Meals Rejected by Everyone." Today's MREs, he says, are "Meals Relished by Everyone."

MARIO RITTER: Our question this week comes from Kazakhstan. Stanislav Ukiyev wants to know about Thanksgiving holiday traditions in the United States.

Thanksgiving is observed on the fourth Thursday in November. The day usually involves family gatherings leading up to a big dinner. The main dish is often turkey with stuffing. After dinner, sweet treats are usually offered. Pumpkin pie is a popular choice.

Many Americans also have customs for the day after Thanksgiving, which has come to be known as Black Friday. Probably the one custom you have heard of is shopping. Many stores have big sales. Store owners lower prices to help increase business at the start of Christmas shopping season.

We talked to people around Washington to see if shopping was the tradition they followed on Black Friday. It is decidedly not the activity of choice for Amy Sosin of Arlington, Virginia.

AMY SOSIN: "Well, we don't have a specific tradition except that we make it a point not to go shopping on Black Friday. Because it scares all of us. We usually just do family time. We might watch a movie or play games together."

Megan Wright is of the same opinion. She is from Santa Monica, California.

MEGAN WRIGHT: "I prefer not to shop. Usually we go to the movies and, perhaps, out to coffee." 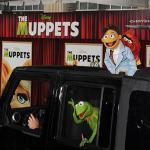 Megan Wright says she plans to see the new movie "The Muppets" on Black Friday.

The Flores family is from Orlando, Florida. They are spending this Thanksgiving in Washington. Jose Flores says his children love to study American history at school. So they decided to come to the nation's capital this holiday. They are visiting monuments, government buildings and other historical places.

But Mrs. Flores says there will be some shopping Friday on the drive back to Florida. She plans to stop at some stores along the way.

Helen Zinner is from San Antonio, Texas. She describes her traditional Thanksgiving Friday.

HELEN ZINNER: "It's probably resting and relaxing from eating too much and spending time with family until late into the night before."

MARIO RITTER: The singer Rihanna was a winner at the recent American Music Awards. Her album "Loud" won in the soul/rhythm and blues category. Rihanna is currently performing in Europe as part of a campaign to advertise the album. On Monday, her new record, "Talk That Talk," also came out. Jim Tedder plays some of the songs.

JIM TEDDER: That was "You Da One" the first song on Rihanna's latest album "Talk That Talk." The record already has a number one single, "We Found Love."

"Talk That Talk" is Rihanna's sixth studio album. It was a surprise when she announced she was making it. She was travelling and performing shows for her album "Loud." She also had worked on albums for other artists, including Coldplay. 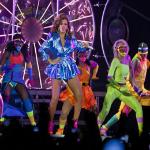 And she was busy creating a sexy line of clothing for the Italian designer Armani.

Maybe all this work is profitable, but Rihanna recently said it does not help her love life. She sings about being single in "We All Want Love."

In her six year career Rihanna has had eleven number one hits on Billboard's singles chart. But none of her albums have gone that high. Some critics say "Talk That Talk" will change that. We leave you with Rihanna performing "Farewell" from her new album.

MARIO RITTER: Finally we are pleased to tell you the results of a contest for VOA Special English listeners. Earlier this year, we asked listeners to answer four questions: where they live, how they listen to us, the best time for listening and how much news they would like to hear.

Many thanks to everyone who wrote to us. We were happy to hear from listeners from around the world -- about two hundred fifty in all.

The largest number, about forty percent, were in China. And the winner of the competition is in China's capital, Beijing. Qingmao-Luo has won a radio that receives shortwave, medium wave and FM.

I'm Mario Ritter. Our program was written by Christopher Cruise and Caty Weaver, who was also our producer.