Everglades National Park – One of the World’s Great Biological Wonders

Update Required To play the media you will need to either update your browser to a recent version or update your Flash plugin.
By Brianna Blake and Jerilyn Watson
2010-9-20 Photo: nps.gov
A great egret is one of many species that lives within the Everglades National Park

STEVE EMBER: This is SCIENCE IN THE NEWS, in VOA Special English. I'm Steve Ember.

FAITH LAPIDUS: And I'm Faith Lapidus. This week, we tell about Everglades National Park in the American state of Florida.

STEVE EMBER: When many people think of Florida, images of sandy coastlines or fun theme park rides come to mind. Yet about an hour south of Miami lies a natural wilderness different from anywhere else in the United States.

Everglades National Park is the largest subtropical wilderness in the country. The park is home to several rare and endangered species. It is also the third largest national park in the lower forty-eight states, after Death Valley and Yellowstone. Each year, more than one million people visit the Everglades.

FAITH LAPIDUS: In nineteen forty-seven, President Harry Truman spoke at the official opening of Everglades National Park. He said the goal of creating the park was to protect forever a wild area that could never be replaced.

The Everglades is considered one of the great biological wonders of the world. The expansive wetlands stretch across more than six hundred thousand hectares. It is a place where plants and animals from the Caribbean Sea share an ecosystem with native North American species.

Nine different environments exist within the Everglades. They include mangrove and cypress swamps, estuaries and coastal marshes.

STEVE EMBER: In the nineteen-forties, Marjory Stoneman Douglas wrote a book called, "The Everglades: River of Grass." She described the area as, "the liquid heart of Florida."

Unlike most other national parks, Everglades National Park was created to protect an ecosystem from damage. The Everglades is home to about fifteen species that federal officials say are threatened and endangered. They include the Florida panther, the American crocodile and the West Indian manatee.

In addition, more than three hundred fifty bird species and three hundred species of fresh and saltwater fish live within the park. The Everglades is also home to forty species of mammals and fifty reptile species.

FAITH LAPIDUS: Visitors to the Everglades will see many exotic plants. They include what is said to be the largest growth of mangrove trees in the western world. Gumbo-limbo trees, known for their peeling red skin, strangler figs and royal palms are also among the area's plant life. The country's largest living mahogany tree also lives in the Everglades.

Sawgrass grows in some areas of the park. Be careful – sawgrass is very sharp, with teeth just like a saw. It can grow up to four meters tall.

With about one and one-half meters of rainfall each year, plants and trees never stop growing in the Everglades. That is why it is hard to tell that a storm, Hurricane Andrew, caused severe damage to the area in nineteen ninety-two.

STEVE EMBER: The dry, winter season is the favorite of most visitors, when insects like mosquitoes are less of a problem. The rainy season lasts from June to November. There are many ways to explore the Everglades. Visitors can see alligators while hiking the Anhinga Trail. 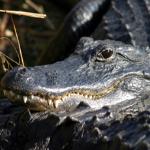 The Everglades is one of the only places on Earth where freshwater alligators and saltwater crocodiles live in the same area. Visitors using canoes or airboats are likely to see large groups of wading birds like the wood stork or the great blue heron. It is even possible to see flamingos in the Everglades.

Some visitors might enjoy riding bicycles through Shark Valley. Others may want to move slowly through shallow waters where they can see insects and wildlife up-close. Park guides also lead visitors on tram rides.

FAITH LAPIDUS: Experts say changes to the Everglades are threatening several different kinds of wildlife. They say the threats are a result of actions the United States government began more than fifty years ago, and settlers began even earlier.

The National Park Service says that early colonial settlers and land developers believed the Everglades had little value. The settlers had plans to remove water from the area. In the eighteen eighties, developers began digging canals to reduce water levels.

At the time, they did not understand the complexity of the Everglades' ecosystem. As a result, they were not prepared for all the work and caused environmental problems. The ecosystem, however, was able to survive.

STEVE EMBER: Even larger efforts to drain the wetlands continued between nineteen oh five and nineteen ten. Farms were built on large pieces of land. This led to increased development, with more people moving to the Everglades and also more visitors.

More changes came in nineteen forty-eight. At that time, Congress approved the Central and South Florida Project. As part of the plan, the Army Corps of Engineers built roads, canals and water-control systems throughout South Florida.

The aim of the project was to provide water and flood protection for developed areas and agriculture. Workers built a huge system of waterways and pumping stations to control the overflow of Lake Okeechobee, north of the Everglades.

FAITH LAPIDUS: Today, fifty percent of South Florida's early wetland areas no longer exist. Populations of wading birds have been reduced by ninety percent. Whole populations of animals are in danger of disappearing. The endangered creatures include the manatee, the Miami blackhead snake, the wood stork and the Florida panther.

In recent years, environmental experts have learned about the damage to the Everglades. They say the balance of nature there has been destroyed.

STEVE EMBER: About ten years ago, Congress approved a plan to restore and improve the Everglades. Federal, state and other organizations are partners in the Comprehensive Everglades Restoration Plan. The project is expected to cost about twelve billion five hundred million dollars.

Early in two thousand ten, work began on the Picayune Strand Restoration Project. A goal of the project is to re-establish natural water flow across more than twenty-two thousand hectares of land. Workers removed water from that area in the early nineteen sixties. At the time, the goal was to develop the land of Picayune Strand for homes. However, the development harmed healthy wetlands.

FAITH LAPIDUS: Project organizers hope to re-create wetlands in Picayune Strand and nearby lands by redirecting the flow of water in that area. At the same time, they are seeking to re-establish natural water flow to the Ten Thousand Islands National Wildlife refuge.

Goals of the project are to make major additions to the size and improve wetland ecosystems in nearby lands. The area includes the Collier Seminole State Park and the Florida Panther National Wildlife Refuge. If the goals are met, the project should help threatened and endangered animals. 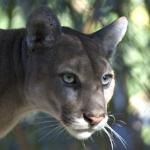 STEVE EMBER: For example, the population of one big cat has been falling in recent years. Panthers once existed in much greater numbers. But too much hunting, loss of panther homelands and vehicle strikes have reduced their population. Fewer than one hundred of the animals now live in Florida. Earlier this year, however, a mother panther and her two kittens were seen as they walked along a road.

FAITH LAPIDUS: Wildlife experts are working to increase the number of panthers and other animals at risk. At the same time, biologists are attempting to remove Burmese pythons. Officials believe there are as many as one hundred fifty thousand of these large snakes in the Everglades.

However, the snakes are a foreign species, native to Southeast Asia. Owners of pythons left their unwanted snakes in the Everglades years ago. Biologists say adult pythons are able to eat small deer and bobcats. When pythons are found in the Everglades, they are often killed. In two thousand eight, the National Park Service removed and destroyed three hundred eleven of the snakes.

Scientists are now experimenting with other ways to remove the snakes, including use of traps and offering payments to hunters.

STEVE EMBER: The future of the Everglades is not clear. However, efforts to protect the area are continuing so people from all over the world may continue visiting this biological treasure.

FAITH LAPIDUS: This SCIENCE IN THE NEWS was written by Brianna Blake and Jerilyn Watson. Our producer was June Simms. I'm Faith Lapidus.

STEVE EMBER: And I'm Steve Ember. Read and listen to our programs at 51voa.com. Join us again next week for more news about science in Special English on the Voice of America.