Explorers Sense a Guiding Presence in Times of Danger

Update Required To play the media you will need to either update your browser to a recent version or update your Flash plugin.
By Dana Demange
2011-11-22 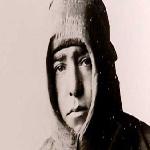 And I'm Faith Lapidus with EXPLORATIONS in VOA Special English. Today we tell about an unusual and mysterious experience that can affect people in extreme situations of danger. People who live through life threatening situations sometimes describe a calming presence or guiding voice that helps them survive.

People have described this experience as "sensed presence" or as an "imaginary shadow person." It is also known as the "Third Man" syndrome. The Canadian-American writer John Geiger wrote about this in a book called "The Third Man Factor."

DOUG JOHNSON: Ernest Shackleton spent his career exploring the little known areas of the South Pole. One of his most famous trips began in nineteen fourteen. The goal of the trip was to cross Antarctica on foot. But it did not go as planned. His boat, the Endurance, became trapped and later crushed by ice. 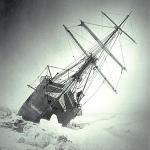 The Endurance trapped on Antarctic ice

After many months, Shackleton and a few of his men traveled through dangerous waters to the island of South Georgia to get help and rescue the rest of their crew. They faced extreme hunger, thirst and cold. But their rescue operation was successful, and all twenty-two crew members survived.

FAITH LAPIDUS: Later, Shackleton wrote about the impossible struggles he faced. He described feeling that there was another unseen person with him and his men during the last days of their trip.

He wrote this about his experience: "I know that during that long and racking march of thirty-six hours over the unnamed mountains and glaciers of South Georgia it seemed to me often that we were four, not three."

Who is the third who walks always beside you?

When I count, there are only you and I together

But when I look ahead up the white road

There is always another walking beside you.

DOUG JOHNSON: It is from this line of poetry about Shackleton that the Third Man syndrome takes its name.

FAITH LAPIDUS: Writer and researcher John Geiger has twice experienced a similar reaction to extreme danger himself: once as a child and once while suffering from extreme cold in Arctic Canada. He says his experiences made him want to learn about Third Man examples among other explorers. 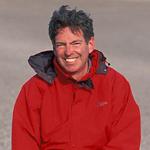 JOHN GEIGER: "In other words, my experience I think predisposed me to being interested in the kind of phenomena that people in these extreme and unusual environments encounter."

He discussed the subject with explorers and extreme sports athletes. He read historical documents written by past explorers, prisoners of war, pilots, and ship wreck survivors. He found that many different people in extreme situations have similar experiences.

JOHN GEIGER: "So when I had a handful of these cases, it seemed to me then there was likely something worth investigating. I began to look very seriously and very quickly found scores of examples of it."

He was at the dangerous altitude of over eight thousand four hundred meters. Smythe was extremely tired and suffering from the effects of low oxygen. He decided to stop, rest and eat. He pulled out a piece of cake, divided it into two pieces, and offered it to another person he sensed nearby. But Frank Smythe was alone. The sense of strength and safety that he felt from this invisible person helped him survive his climb.

DOUG JOHNSON: John Geiger points out that these Third Man experiences are very common among mountain climbers. But he shows in his book that they take place in other environments as well.

For example, one American astronaut on a four-month long mission on the Russian space station Mir saw a vision of his dead father. His father spoke to him, praised his hard wor k and gave the astronaut a sense of calm during a very stressful space operation.

In another example, pilot Edith Foltz Stearns was flying a plane to a military base in Scotland during World War Two. Because of bad weather she could not see where to land the plane. A voice next to her in the plane called out to warn her about a dangerous hill nearby. She said her imaginary "copilot" guided her to safety.

FAITH LAPIDUS: John Geiger says that many people who experience the Third Man explain it as a religious experience. But he is more interested in exploring the science behind the Third Man. He discusses how scientists over the years have identified the experience and developed theories to explain it. The findings suggest that the human brain has developed this special ability as a survival method.

DOUG JOHNSON: Geiger discusses several conditions that seem to produce Third Man experiences. One of these is being alone, far from other people. Being alone can be stressful especially when experienced with monotony. This is when the mind tires from the sameness of a repeated experience. For example, an explorer can be affected mentally after days of walking through the snowy environment of Antarctica. The terrible winds and never-ending whiteness may lead many polar explorers to have visions of other people.

FAITH LAPIDUS: The psychologist Woodburn Heron wrote about this subject in his nineteen fifty-seven work "The Pathology of Boredom." He said that the brain depends on having continuing information from the body's senses. The mind can have problems if it has nothing new to sense. Often, the brain's response is to create its own input, in the form of a hallucination.

A hallucination is a sensory experience that does not exist outside the mind.

DOUG JOHNSON: Other stressful conditions can lead to Third Man experiences. These include the stress of injury or of seeing an expedition partner become injured or even die. Different scientists have studied the effects of extreme conditions on the human mind and body.

One researcher found that extreme cold can have a damaging effect on the mind. The researcher said that before the body begins to freeze, cold can cause changes in brain chemistry which lead to hallucinations.

Another theory says that the stress of having to pay constant attention to survive leads to Third Man hallucinations.

DOUG JOHNSON: Researchers in Switzerland were able to recreate a Third Man experience in a laboratory setting. They sent electric signals into the brain of a young patient who suffered from epilepsy. When the electric current was on, the woman described seeing a presence or shadow nearby who did not speak or move. When the scientists stopped the electricity, the woman said the presence disappeared.

FAITH LAPIDUS: While writing the book, John Geiger believed that a test of its success would be whether people accepted its subject matter.

JOHN GEIGER: "Here I was writing a book about unseen beings helping people who are in life and death struggles. That seems to me to be a fairly out-there proposition. And yet, the evidence is so overwhelming, that really nobody has surfaced to suggest that indeed this does not happen."

DOUG JOHNSON: John Geiger says there is a wide acceptance of the Third Man experience among the scientific community and the general public.

FAITH LAPIDUS: John Geiger suggests that the brain's effort to create a Third Man is not an accident of human brain structure, or a sign of injury in extreme conditions.

He says it may be an evolutionary characteristic developed to help us. In times of extreme hardship, the human brain may have developed a way to create a social link, the sense of a helpful and guiding partner. So, even in a person's darkest hour, he or she can feel less alone.

FAITH LAPIDUS: And I'm Faith Lapidus. John Geiger has created a Web site where people who have had Third Man experiences can publish their stories. You can find a link to it on our Web site, 51voa.com. Join us again next week for Explorations in VOA Special English.