Facebook's New Friends Like the World of Private Finance

Update Required To play the media you will need to either update your browser to a recent version or update your Flash plugin.
By Mario Ritter
2011-1-6 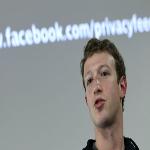 Facebook is the world's biggest social network -- and the subject of the movie "Social Network."

Now, the American bank Goldman Sachs and the Russian company Digital Sky Technologies have friended Facebook. They are investing a total of five hundred million dollars in the company. The deal values Facebook at fifty billion dollars -- more than many publicly traded Internet companies.

Goldman Sachs is expected to raise a billion and a half dollars more by selling shares of ownership in Facebook to rich investors. The plan does not include a public stock offering -- at least not right now. 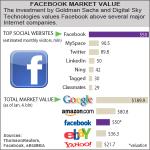 For now, Facebook would remain a private company -- meaning a company that does not sell shares to the public. The plan has brought new attention to the largely secretive world of private financing and the rules for private companies in the United States.

A new business, a startup company, is usually considered too risky for average investors. But a promising startup may find a small number of private investors, often known as "angels." These investors are willing to lose everything for a chance at big returns.

Rikki Tahta has been involved in raising money for startups. He is now chairman of his own investment company, Covestor, with offices in New York and London.

In his opinion, the only real benefit for a private company is lower administrative and record-keeping costs. Yet he tells us Covestor remains a private company after a few years because it is still too risky for most investors.

And that's the VOA Special English Economics Report, written by Mario Ritter. You can comment on our programs and find transcripts and MP3s at 51voa.com. We're on Facebook, Twitter and YouTube at VOA Learning English. I'm Steve Ember.