Update Required To play the media you will need to either update your browser to a recent version or update your Flash plugin.
By June Simms
2012-2-5 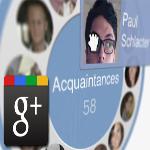 Google is preparing for changes in its privacy policy beginning March first. The company says it plans to replace more than sixty separate policies for different products with one main policy.

Privacy activists criticized last month's announcement. They are concerned that the new policy will make it easier to track the activities of users across Google's many products -- from Gmail to YouTube.

Marc Rotenberg heads the Electronic Privacy Information Center in Washington. He says Google's aim is to create a single unified profile of its users.

MARC ROTENBERG: "We believe that not only is that a threat to privacy, we actually believe it is illegal, because last year Google entered into an agreement with the U.S. Federal Trade Commission in which they said they would not engage in that kind of data sharing without the explicit permission of their users."

Google says its new policy will make it simpler for users to share information across services like Google Search, Gmail and Google Calendar. And it says the new policy will help personalize each user's experience. Over time, it says, users can expect to see better search results, fewer unwanted advertisements and more content targeted to their interests.

But Marc Rotenberg says in return, people who choose to use Google will lose control over the information they share.

MARC ROTENBERG: "By trying to combine these two services, in our view, Google is actually undermining a very well established expectation of privacy, particularly for popular Internet services like electronic mail."

Critics also see a bigger problem with Google's new policy. The plan would not give users a choice to "opt-out" of the data sharing.

MARC ROTENBERG: "In our view, if people want to make their personal information available, they certainly should have the right to do that. What we're objecting to is the effort by the company to take away from the users that choice that they should have. That just seems unfair."

Google says it will not be collecting any more data than it does now. And it says users will still be able to control many privacy settings. For example, they can disable their search history and set Gmail chat to "off the record."

European Union officials have asked the company to delay the new policy to make sure it would not violate any E.U. data protection laws. Marc Rotenberg thinks the Federal Trade Commission in Washington might also try to block the new policy.