Hand Washing Is Up in Public Restrooms in US

Update Required To play the media you will need to either update your browser to a recent version or update your Flash plugin.
By Caty Weaver
2010-9-28 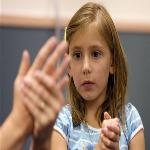 Every few years, two groups do a study of how many Americans wash their hands after using the toilet. These groups are the American Society for Microbiology and the American Cleaning Institute, formerly the Soap and Detergent Association.

There was good news in the latest study. Researchers found that eighty-five percent of adults washed their hands in public restrooms last month. That was the most yet since the studies began in nineteen ninety-six.

Researchers visited restrooms at a baseball park in Atlanta and a science museum and aquarium in Chicago. They also visited two train stations in New York City and a large farmers market in San Francisco. In all, they observed about six thousand adults.

The lowest rate of hand washing among men was at Turner Field, home of the Atlanta Braves baseball team. Only sixty-five percent of men washed their hands, compared to all but two percent of women.

Chicago and San Francisco had the most hand washers -- eighty-nine percent of adults. Atlanta followed at eighty-two percent. New York had the lowest rate, at seventy-nine percent of the adults observed at Grand Central Station and Penn Station.

The findings of the observational study conflicted with the findings of a separate telephone survey of about one thousand people. Ninety-six percent of them said they always wash their hands after using public restrooms.

Almost nine out of ten also said they always wash after using the bathroom at home.

Hand washing can help prevent the spread of many different infections.

To clean your hands well, wet them first and rub in soap for at least twenty seconds, including between the fingers and under the nails.

Then rinse under running water. In a public restroom, if you dry your hands with a paper towel, you should also use the towel to shut off the water and open the door.

Hand washing is also important when preparing food and after changing a baby's diaper. You should also wash if you cough or sneeze into your hands.

If you use an alcohol-based product instead of soap and water, make sure it contains at least sixty percent alcohol.