Henry Loomis, 1919-2008: Director of VOA Had the Idea to Create Special English

Update Required To play the media you will need to either update your browser to a recent version or update your Flash plugin.
By Dana Demange
2011-7-9

He served as director of the Voice of America for seven years starting in nineteen fifty-eight. Mister Loomis played an important role in creating the Special English service.

FAITH LAPIDUS: Henry Loomis was born in nineteen nineteen in Tuxedo Park, New York. His father was Alfred Lee Loomis, a wealthy New York City businessman. Unlike many businessmen at the time, Alfred Loomis protected his wealth during the financial crash of nineteen twenty-nine. He later withdrew from the world of business in order to spend more time working as a scientist.

Henry Loomis and his brothers Lee and Farney grew up spending time in the private laboratory their father built. This scientific background and the people who worked with his father would have a big influence on Henry's life. Alfred Loomis taught traditional values to his sons and stressed the importance of education and hard work.

BOB DOUGHTY: Alfred Loomis invited the top scientists in the world to his Loomis Laboratory, including Albert Einstein, Enrico Fermi and Niels Bohr.

Alfred Loomis and members of his lab team made important discoveries and inventions. They studied many subjects, including the measurement of time, or chronometry, and electroencephalography, or the measurement of electrical activity produced by the brain. Henry Loomis even took part in his father's experiments on measuring brain activity. 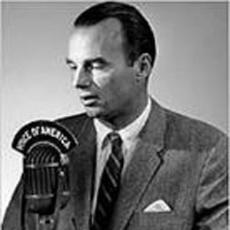 FAITH LAPIDUS: In an interview, Henry Loomis remembered an experiment he took part in when he was about seventeen years old. Henry slept in a sound-proof room with electrode devices attached to his head. Alfred Loomis was nearby with a microphone device. He told his son in a soft voice that Henry's favorite object, his boat, was on fire. Henry Loomis jumped out of bed to save the boat. This experiment and others helped Alfred Loomis show how emotional upset could change human brain waves.

Alfred Loomis later helped open the Massachusetts Institute of Technology's Radiation Laboratory. His work helping to develop the new technology of radar would be used by the United States and Britain to defeat Germany during World War Two.

BOB DOUGHTY: Henry Stimson was related to the Loomis family. He was also an advisor and close friend. Among other positions, Mister Stimson had served as secretary of state under President Herbert Hoover. He told Henry Loomis that he and his brothers were very lucky in life and that they should serve their country as a way to give thanks. Henry Loomis took these words very seriously.

FAITH LAPIDUS: In nineteen forty, Henry Loomis dropped out of Harvard University in Cambridge, Massachusetts to join the United States Navy. He was able to put to good use his knowledge of radar technology that he had learned about because of his father's work. After graduating at the top in his naval training class, Henry Loomis became a teacher at the Navy's radar training school in Hawaii. In December of nineteen forty-one, Japan bombed the American naval base at Pearl Harbor, Hawaii. This event marked the United States' official entry in World War Two.

BOB DOUGHTY: By the end of the war, Henry Loomis had received many honors for his service, including a Bronze Star and an Air Medal. He left the Navy in nineteen forty-six to begin graduate studies.

That year, he married his first wife, Mary Paul MacLeod. Mister Loomis studied physics at the University of California at Berkeley. He worked as an assistant to Ernest Lawrence, the director of the university's radiation laboratory. Mister Lawrence had won the Nobel Prize in nineteen thirty-nine for his work in nuclear physics.

FAITH LAPIDUS: Henry Loomis later moved to Washington, D.C. to begin another stage of his career in public service. He held positions in the Department of Defense and other agencies. Mister Loomis also directed the Office of Intelligence and Research at the United States Information Agency. In nineteen fifty-eight, he became director of the Voice of America under President Dwight D. Eisenhower.

BOB DOUGHTY: During his travels around the world, Mister Loomis saw that English was becoming an important international language. He believed that it was important to make English easier to understand by listeners of VOA broadcasts whose native language was not English. So Mister Loomis asked VOA program manager Barry Zorthian to develop a way to broadcast to listeners with a limited knowledge of English.

FAITH LAPIDUS: The result of this effort was Special English. The first Voice of America broadcast in Special English took place on October nineteenth, nineteen fifty-nine. Critics at the time said the Special English method of broadcasting at a slower rate with a limited vocabulary would never work. American embassies demanded that the program be cancelled. But Mister Loomis supported the program.

Soon, VOA began to receive hundreds of letters from listeners praising the program. Special English programs became some of the most popular on VOA. We are pleased to say that our programs still are.

BOB DOUGHTY: Henry Loomis made other important improvements at VOA. He expanded VOA's broadcasting ability by setting up transmitter devices in countries including Liberia and the Philippines. He also decided that VOA needed a charter document to make its goals and rules clear. Such a charter would also officially state VOA's independence from other government programs. The charter states that VOA has to win the attention and respect of its listeners.

It lists VOA's goals: to produce correct, balanced and expansive broadcasts. And to show the many sides of America's society, thoughts and organizations. President Eisenhower approved the charter before he left office. It was later signed into law by President Ford in nineteen seventy-six.

Henry Loomis compared the VOA charter to the United States Constitution. He said he believed the charter represented the realities of the world and the moral code of the country.

FAITH LAPIDUS: Henry Loomis resigned from VOA in nineteen sixty-five over disagreements with the government about how to report on America's involvement in the Vietnam War. Mister Loomis believed VOA should report about the war honestly, without censorship from the Administration of President Lyndon Johnson. He gave a farewell speech at VOA headquarters in which he talked about his time working here.

HENRY LOOMIS: "How has the Voice changed in these seven years? In my judgment, the most important changes are the codification of the mission of VOA in our charter..."

HENRY LOOMIS: "English broadcasts have been tripled and diversified. A new language, Special English, has been created to reach those with limited knowledge of, and a desire to learn, the language."

FAITH LAPIDUS: Henry Loomis said that he believed VOA serves the world poorly if it is asked to change its news and programs to serve government policy interests.

HENRY LOOMIS: "I believe VOA serves the national interest well if it reflects responsibly, affirmatively and without self-consciousness that ours is a society of free men who practice what they preach. To do this effectively, we must do it at all times. Freedom is not a part-time thing."

HENRY LOOMIS: "To sweep under the rug what we don't like, what does not serve our tactical purpose, is a sign of weakness."

FAITH LAPIDUS: But he said that to recognize forces and opinions that disagree with government policies is a sign of strength. At the end of his speech, Mister Loomis said goodbye to VOA workers.

HENRY LOOMIS: "It has been a privilege to have served with you, to have learned from you, to have had fun with you."

BOB DOUGHTY: In nineteen seventy-two, Henry Loomis became president of the Corporation for Public Broadcasting. This organization was created by Congress to provide money for public television stations. Around this time he married his second wife, Jacqueline Chalmers. Mister Loomis later retired to private life. He remained active in his favorite sports -- sailing and hunting.

FAITH LAPIDUS: Henry Loomis died in two thousand eight in Jacksonville, Florida. He was eighty-nine years old. He had a life-long career of valuable service in science and communications.

And we honor him with a special thank you for helping to make this and other Special English programs possible.

FAITH LAPIDUS: And I'm Faith Lapidus. You can learn more about famous Americans on our Web site, 51voa.com. Join us again next week for People in America in VOA Special English.