Update Required To play the media you will need to either update your browser to a recent version or update your Flash plugin.
By Brianna Blake
2010-4-9 This was a big week in American sports.

In college basketball, a small school with a young coach nearly defeated a longtime powerhouse team for the national championship. Butler lost by just two points to Duke, which for years has had one of the country's most successful basketball programs.

Butler University is a private school of about four thousand students in Indianapolis, Indiana. Butler won two national titles -- back in the nineteen twenties.

Monday night's game against Duke brought comparisons to the nineteen eighty-six movie "Hoosiers." In it, a small Indiana high school makes an unlikely run for the state championship. In fact, part of the movie was filmed at Hinkle Fieldhouse, home of the Butler Bulldogs.

In women's basketball, on Tuesday night the University of Connecticut beat Stanford by six points for the national championship. The UConn Huskies entered the game undefeated for the past two seasons, yet they were behind after the first half.

In other sports news, Tiger Woods returned to competition this week. The world's top golfer met with reporters Monday before the first major tournament of the year. The Masters in Augusta, Georgia, continues through Sunday. 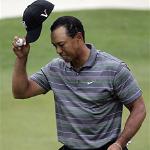 Tiger Woods is a four-time champion at the Masters, most recently in two thousand five.

He has been away from competitive golf since November. That was when the stories came out that the seemingly happily married father of two children had cheated on his wife with numerous women.

In a half-hour news conference, he admitted making what he called "some incredibly bad decisions" that "hurt so many people." He said he had come out of forty-five days of rehabilitation "a better person." But he would not discuss the treatment, saying it was personal. On another subject he said he has never taken performance-enhancing drugs.

Since November the stories about his private life have cost him millions of dollars in product deals. But this week, Tiger Woods appeared in a black-and-white television aid for sportswear maker Nike. It also included the voice of his father, Earl, who died in two thousand six. Tiger Woods looks into the camera as his father is heard asking him questions, including "Did you learn anything?"

This week also marked the opening of baseball season. President Obama threw out the first pitch as the Washington Nationals opened their season against the Philadelphia Phillies. It was the one hundredth anniversary of presidential first pitches.

President William Howard Taft began the tradition, also in a game between Washington and Philadelphia. But in nineteen ten it was the Washington Senators against the Philadelphia Athletics.

President Obama wore a Washington Nationals jacket, but the hat of his hometown Chicago White Sox.

And that's IN THE NEWS in VOA Special English, written by Brianna Blake. Transcripts, MP3s and podcasts of our programs can be found, along with much more, at 51voa.com. I'm Steve Ember.