Update Required To play the media you will need to either update your browser to a recent version or update your Flash plugin.
By Jim Tedder
2010-8-28 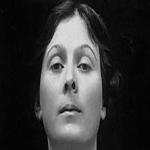 JIM TEDDER: Angela Isadora Duncan was born in San Francisco, California in eighteen seventy-seven. She was the youngest of four children. Her parents' marriage ended in divorce when Isadora was three years old. Isadora and her brothers and sister were raised by their mother, Mary.

The family was very poor. Isadora taught dance lessons to local children to earn extra money. She began teaching when she was only five years old.

Mary Duncan taught her children about music, dancing, the theater and literature. Young Isadora believed this was all the education she needed. She did not attend school for very long. She said it restricted her from dancing and thinking about the arts.

Isadora wanted to make dancing her life's work. And she wanted to live by her own rules, not by what other people thought was right or wrong. The kind of dancing Isadora wanted to do was new and different from other dances at the time. She thought dancing should be an art, not just entertainment.

Isadora Duncan did not like ballet. She said that ballet dancers had too many rules to follow about how they should stand and bend and move. She said ballet was "ugly and against nature." She wanted her "modern" dance style to be free and natural. Isadora liked to move her arms and legs in very smooth motions. She said this was like waves in the ocean, or trees swaying in the wind. 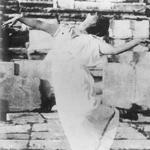 When she danced, Isadora Duncan wore very thin clothing. She wanted people to see her body as she ran across the stage.

Isadora spent most of her teen-aged years in the San Francisco area. She continued to teach dancing classes, mostly to young girls.

She also visited local libraries to read the works of Shakespeare and to study about the ancient Greeks.

When she was eighteen years old, Isadora urged her mother to move to Chicago and then to New York. She thought dancing in these two large cities would help her career. She found work in several dance companies or groups of dancers. But she had to dance as she was directed to do. She did not dance alone on the stage and could not become the "star" of the show.

Sometimes Isadora Duncan was paid to dance in the homes of wealthy people or at parties they gave in their gardens. But soon it was hard to find jobs that paid her enough money just to survive. In a short time, she was out of work and poor once again. Using her last dollars, she bought a ticket on a cattle boat and sailed to Europe in eighteen ninety-nine.

Isadora Duncan arrived in London. She visited the British Museum every day for several months. She studied Greek vases and sculpture with their images of ancient Greek women dancing. In nineteen hundred, she danced for a large audience at London's Lyceum Theater. The people liked what they saw. Soon art lovers in the city were talking about this new dancer from the United States.

People began to think of her as a great talent. Isadora Duncan began using the music of Chopin, Strauss, Tchaikovsky, and Wagner in her performances. Her fame, and wealth, began to grow.

When she danced, Isadora Duncan wore very thin clothing. Sometimes she dressed in long white tunics, the kind of clothing worn by ancient Greek women. She wanted people to see her body as she skipped, jumped and ran barefoot across the stage. Some people criticized her for doing this. They thought it was not moral to dress this way. At the time, most women wore dresses that covered as much of the body as possible, especially the arms and legs.

Isadora Duncan moved on to Paris, Berlin, Vienna and the other great cities of Europe. She danced and opened dancing schools. Newspapers wrote about her. Artists created sculpture, jewelry, photographs and paintings of her. And by nineteen ten, Isadora Duncan had become the most famous dancer in the world.

Isadora Duncan was often asked to explain her style of dancing and to say how dance as an art might change over time. In nineteen-oh-three, when she was twenty-six, she made a famous speech in Berlin. She said: 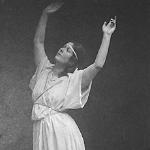 Isadora Duncan said ballet was "ugly and against nature." She wanted her "modern" dance style to be free and natural.

"Nature is the source of the dance. The movement of the waves, of winds, of the earth is ever in the same lasting harmony. We do not stand on the beach and inquire of the ocean what was its movement of the past and what will be its movement in the future. Every creature moves according to its nature ... that is according to its feelings and physical structure. The movements of the savage were natural and beautiful. So too were the movements of the classical Greeks wearing simple tunics and sandals.

"In my school, I shall not teach the children to imitate my movements ...but to make their own. The primary or fundamental movements of the new school of the dance must have within them the seeds from which will evolve all other movements, each in turn to give birth to others in an unending sequence of still higher and greater expression, thoughts, and ideas.

JIM TEDDER: Isadora Duncan had very liberal ideas for the time. She believed in equal rights for women. She did not think a couple had to be married to have children. She had two children, Deirdre and Patrick, by two different men. She was not married to either of them. She also did not hide the fact that she was bisexual. She had a number of lovers, both men and women. She thought the Bolshevik Revolution and Communism were good for Russia. She said:

"My motto is: no limits. Virtuous people are simply those who have not been tempted sufficiently. We may not all break the Ten Commandments, but we are all certainly capable of it. Within us lurks the breaker of all laws, ready to spring out at the first real opportunity. You were once wild. Don't let them tame you."

JIM TEDDER: Isadora Duncan is remembered as the mother of modern dance. But she is also remembered for the tragedy in her life. In nineteen thirteen, Isadora's two children, Deirdre and Patrick, along with their nurse, were drowned in the Seine River in Paris. The car they were riding in had stopped running.

The driver got out to fix the engine, but he did not set the brakes. When the car suddenly started again, it ran down a bank into the river. Isadora was greatly saddened by this. For a while she thought she would never dance again.

In nineteen twenty-two, she married a Russian poet named Sergei Yesenin. He was almost twenty years younger than she was. He became a violent alcoholic and then had a mental breakdown. Three years later, he killed himself.

In the late nineteen twenties, Isadora Duncan's dancing career was over. People began to think of her as a sad person whose best days were gone. She was seen in public many times after she had too many alcoholic drinks. She ran out of money, but continued to stay at the finest hotels. She had many debts that she could not pay. Newspapers carried stories of her "reckless" and "scandalous" life style.

In nineteen twenty-seven, her life ended suddenly. Isadora Duncan was in Nice, France. She was riding in a car that had the roof down. She wore a long scarf around her neck. One end of the scarf got caught in the rear wheel of the car. The heavy silk tightened around her neck and broke it. She died instantly at the age of fifty.

MARIO RITTER: This program was written and voiced by Jim Tedder. It was produced by Dana Demange. Shirley Griffith was the voice of Isadora Duncan. I'm Mario Ritter. You can find transcripts, MP3s and podcasts on our website, 51voa.com. Join us again next week for PEOPLE IN AMERICA in VOA Special English.