Margaret Mead, 1901-1978: One of the Most Famous Anthropologists in the World

Update Required To play the media you will need to either update your browser to a recent version or update your Flash plugin.
By Jerilyn Watson
2011-7-2 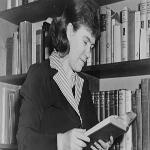 SHIRLEY GRIFFITH: And I'm Shirley Griffith with PEOPLE IN AMERICA in VOA Special English. Today we tell about one of the most influential social scientists of the last century -- the cultural anthropologist Margaret Mead.

STEVE EMBER: People around the world mourned the death of Margaret Mead in nineteen seventy-eight. A year later, the president of the United States, Jimmy Carter, honored the social scientist with America's highest award for civilians. Another honor came from a village in New Guinea. The people there planted a coconut tree in her memory. Margaret Mead would have liked that. As a young woman, she had studied the life and traditions of the village.

Ms. Mead received such honors because she added greatly to public knowledge of cultures and traditions in developing countries. Many people consider her the most influential social science researcher of the twentieth century. Yet some experts said her research was not scientific. They said she depended too much on observation and local stories. They said she did not spend enough time on comparative studies. They believed her fame resulted as much from her colorful personality as from her research. 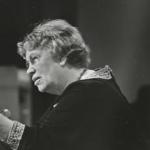 Margaret Meade was a strong supporter of women's rights

SHIRLEY GRIFFITH: Margaret Mead shared her strong opinions about social issues. She denounced the spread of nuclear weapons. She spoke against racial injustice.

She strongly supported women's rights. Throughout her life she enjoyed taking risks. Ms. Mead began her studies of cultures in an unusual way for a woman of her time. She chose to perform her research in the developing world.

She went to an island village in the Pacific Ocean. She went alone. The year was nineteen twenty-five. At that time, young American women did not travel far away from home by themselves. They did not ask strangers personal questions. They did not observe births and deaths unless they were involved in medical work. Margaret Mead did all those things.

STEVE EMBER: Margaret Mead was born in nineteen-oh-one in Philadelphia, Pennsylvania. Her father was a professor of finance. Her mother was a sociologist.? Few women attended college in those days. However, Margaret Mead began her studies in nineteen nineteen at De Pauw University in Greencastle, Indiana. She soon decided that living in a small town did not improve one's mind. So she moved to New York City to study English and psychology at Barnard College. She graduated in nineteen twenty-three.

SHIRLEY GRIFFITH: Margaret next decided to study anthropology at Columbia University in New York. She wanted to examine the activities and traditions of different societies. She later earned master's and doctorate degrees.

Ms. Mead studied with two famous anthropologists: Franz Boas and Ruth Benedict. Mister Boas believed that the environment people grow up in -- not family genes -- caused most cultural differences among people. This belief also influenced his young student. Margaret Mead asked to do research in Samoa in the Pacific Ocean. Mister Boas was concerned for her safety.? But he let her go. He told her to learn about how young Samoan women were raised.

STEVE EMBER: In graduate school, Margaret had married Luther Cressman, who was studying to be a clergyman. He went to Europe to continue his studies. She went alone to Samoa in nineteen twenty-five. She worked among the people of Tau Island. The people spoke a difficult language that had never been written down. Luckily, she was able to learn languages easily. 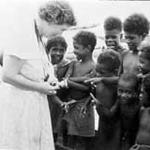 Margaret Mead said she reached these beliefs after nine months of observation in Samoa. They helped make her book "Coming of Age in Samoa" one of the best-selling books of the time. Ms. Mead was just twenty-seven years old when her book was published in nineteen twenty-eight. Many American readers were shocked by her observations about the sexual freedom enjoyed by young Samoan women.

SHIRLEY GRIFFITH: Several social scientists later disputed her findings. Australian anthropologist Derek Freeman wrote a book which criticized her work. The book was published in nineteen eighty-three, five years after her death. He wrote that Ms. Mead made her observations from just a few talks with two friendly young women.

He wrote that they wanted to tell interesting stories to a foreign visitor. But their stories were not necessarily true. Mister Freeman said Samoan society valued a young woman who had not had sexual relations. He said Tau Island men refused to marry women who had had sex. However, many published reports about the debate raised questions about Mister Freeman's criticism. After years of discussion, many anthropologists concluded that the truth would probably never be known.

STEVE EMBER: After nine months among the Samoans, Margaret Mead returned to the United States. She met a student from New Zealand, Reo Fortune, on the long trip home. Her marriage to Luther Cressman ended. She married Mister Fortune, also an anthropologist, in nineteen twenty-eight. They went to New Guinea to work together. It would be the first of seven trips that she would make to the area in the next forty-seven years.

SHIRLEY GRIFFITH: The two studied the people of several areas of New Guinea. She published another influential book, "Sex and Temperament in Three Primitive Societies," in nineteen thirty-five. It was a study of the lives of three New Guinea tribes from infancy to adulthood. Ms. Mead wrote that many so-called male and female characteristics are not based on sex differences. Instead they reflect the cultural traditions of different societies. She wrote that women have the major role in one group in New Guinea without causing any special problems. This book became important for the women's rights movement in the United States. 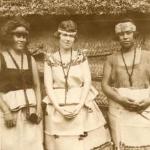 Her book "Coming of Age in Samoa" was one of the best-selling books of the time.

STEVE EMBER: Not long after their New Guinea trip ended, Margaret Mead's marriage to Reo Fortune also ended. In nineteen thirty-six, she married for the third time. Her new husband was Gregory Bateson, a British biologist. Mister Bateson and Ms. Mead decided to work together on the island of Bali in Indonesia. The people of Bali proudly shared their rich culture and traditions. Ms. Mead observed and recorded their activities. Mister Bateson took photographs. The Batesons had a daughter. But their marriage ended in nineteen fifty.

SHIRLEY GRIFFITH: As time went on, Margaret Mead's fame continued to grow. Her books sold very well. She also wrote for popular magazines. She appeared on radio and television programs in the nineteen sixties and seventies.? She spoke before many groups. Americans loved to hear about her work and the people she studied.

After her trips, Margaret Mead always returned to the American Museum of Natural History in New York City.? She worked there for more than fifty years. She also taught at several universities in New York. She studied the problems of child-rearing, personality and culture in different societies.

Margaret Mead was also concerned about issues like the environment. On April twenty-second, nineteen seventy, environmental activists organized the first ever Earth Day. Margaret Mead spoke about the dangers of science and technology.

MARGARET MEAD: "No society has ever yet been able to handle the temptations of technology to mastery, to waste, to exuberance, to exploration and exploitation...We have to learn to cherish this earth and cherish it as something that's fragile, that's only one, it's all we have...We have to use our scientific knowledge to correct the dangers that have come from science and technology."

STEVE EMBER: Other scientists paid Margaret Mead a high honor when she was seventy-four years old. They elected her president of the American Association for the Advancement of Science. A few years later, she developed cancer. But she continued to travel, speak and study almost to the end of her life. One friend said: "Margaret Mead was not going to let a little thing like death stop her."

SHIRLEY GRIFFITH: This program was written by Jerilyn Watson. It was produced by June Simms. I'm Shirley Griffith.

STEVE EMBER: And I'm Steve Ember. You can learn about other famous Americans on our Web site, 51voa.com. Join us again next week for PEOPLE IN AMERICA in VOA Special English.