Michael Jackson, 1958-2009: He Amazed the World with His Music and Dancing

Update Required To play the media you will need to either update your browser to a recent version or update your Flash plugin.
By Dana Demange
2011-9-24 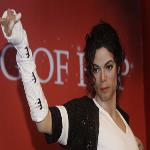 BOB DOUGHTY: And I'm Bob Doughty with People in America in VOA Special English. Today we tell about one of the most famous performers in the world, Michael Jackson. Known as the "King of Pop", Jackson sold more than seven hundred fifty million albums over his career. Michael Jackson redefined popular culture with his energetic music, dance moves and revolutionary music videos.

But Jackson's huge success as a performer was not always easy. He was a complex individual with an often troubled private life.

FAITH LAPIDUS: That was a song that hardly needs an introduction. "Billie Jean" first came out on the nineteen eighty-two hit album "Thriller." The Guinness World Records lists that record as the best-selling album of all time. Other famous songs on the album include "Thriller", "Beat It" and "Wanna Be Startin' Somethin'." 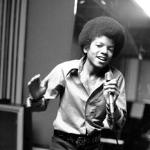 Michael Jackson at age 13, the youngest member of his family's singing group the Jackson Five

The album "Thriller" was as much about moves as it was about music. Michael Jackson brought attention to his body's movements by wearing a shiny white glove, shortened black pants and white socks. He created dance movements that were electrifying. He could be as hard as a robot, or as smooth as liquid. While doing his famous "Moonwalk" step, he seemed to be walking backwards on air.

BOB DOUGHTY: Michael Jackson was born in Gary, Indiana in nineteen fifty-eight. He was the seventh of nine children. He was five years old when he began singing with his brothers in a group called the Jackson 5. In nineteen sixty-eight the group signed a recording deal from Motown Records. Michael was eleven years old when they released their first album a year later.

The Jackson 5 became an immediate success. Their music set records. Their first four songs were "I Want You Back", "ABC", "The Love You Save" and "I'll Be There." They all reached the number one position in pop music record sales in nineteen seventy.

FAITH LAPIDUS: Michael was the star of the group. He was the lead singer and danced with great energy. His extraordinary skill and presence on stage was remarkable, especially for someone so young. The group made youthful and fun music that was very popular with both African-Americans and white listeners. 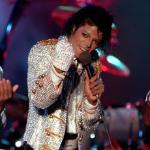 In the nineteen seventies, the group changed record companies and shortened their name to the Jacksons. They continued to perform together, although Michael Jackson started to record music on his own as well. His first album performing alone was "Off the Wall," released in nineteen seventy-nine.

BOB DOUGHTY: Three years later, Jackson released "Thriller." The album was not just the best selling album of all time. It also won eight Grammy Awards and seven American Music Awards. And it helped establish the popularity of a new form of entertainment, music videos.

The video for the song "Thriller" was important in the history of the music industry. Michael Jackson understood the power of these videos in bringing attention to his music and to his image. He worked hard to make exciting videos with complex stories and dances.

FAITH LAPIDUS: In nineteen eighty-five, Michael Jackson helped write the song "We Are the World." He recorded it with many other famous performers. The aim of the record was to raise money for starving people in Africa. The project raised millions of dollars with this best selling song.

Michael Jackson's next album, "Bad," produced five number one hits, including "The Way You Make Me Feel."

BOB DOUGHTY: Michael Jackson was a huge success, but he was also a very troubled man. His behavior and appearance became increasingly strange. He had many operations to change his face. 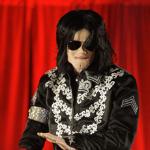 Michael Jackson was a huge success, but he was also a very troubled man

He acted and spoke in a childlike way. Jackson bought a huge property in California which he called "Neverland" after the children's story of Peter Pan. He had amusement park rides, a zoo and a large movie theater built for his home. Michael Jackson also went into major debt. And he suffered from injuries and illness that reportedly led him to take many kinds of pain-killing medicines.

FAITH LAPIDUS: In nineteen ninety-three, a thirteen-year-old boy accused him of sexual abuse. The child molestation case was settled out of court with Jackson reportedly paying the boy millions of dollars. But ten years later, a similar accusation by another boy led to a criminal trial which began in two thousand five. A jury cleared Jackson of all charges. He called the trial the hardest thing he had ever done in his life.

During this time, Michael Jackson kept recording and performing music. His later albums include "Dangerous", "HIStory" and "Invincible."

FAITH LAPIDUS: After his two thousand five trial, the singer spent much of his time in Europe and the Middle East. He returned to the United States with the aim of planning what was to be a victorious comeback. ?Michael Jackson died on June twenty-fifth, two thousand nine of heart failure. He was just days away from launching a series of fifty concerts in London. 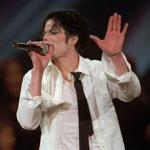 BOB DOUGHTY: Fans around the world mourned his death. Prisoners in a jail in the Philippines danced for him. Fans in Paris, France attended a service at the city's ancient religious center in his honor. Famous performers around the world told about the influence he had on their work. Michael Jackson left a huge mark on popular culture. His memory will live on in his unforgettable music.

BOB DOUGHTY: And I'm Bob Doughty. You can learn about other famous Americans on our Web site, 51voa.com. Join us again next week for People in America in VOA Special English.