Milton Hershey, 1857-1945: He Created a Successful Business and Built a Sweet Town

Update Required To play the media you will need to either update your browser to a recent version or update your Flash plugin.
By Nancy Steinbach
2010-12-4 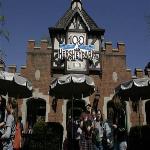 STEVE EMBER: And I'm Steve Ember with the VOA Special English program PEOPLE IN AMERICA. Today we tell about Milton Hershey. He built one of the sweetest towns in the United States.

BARBARA KLEIN: Milton Snavely Hershey was born in eighteen fifty-seven in central Pennsylvania. His mother was a member of the Mennonite Church. The religious group valued self-denial and community service. His father worked at many different jobs.

The Hershey family moved several times during Milton's childhood. His parents did not have a happy marriage. They lived separately for much of their lives. Missus Hershey finally rejected her husband after a daughter died in eighteen sixty-seven. 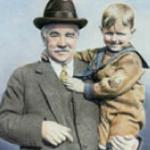 STEVE EMBER: Milton Hershey stopped attending school when he was twelve years old. He first went to work as an assistant for a man who published a German language newspaper. Milton did not like the job. He was dismissed after dropping his hat into a machine.

Milton then got a job with a candy and ice cream maker in the town of Lancaster. There, he learned how to mix sugar and water to make candy products. At the time, American candy makers used chocolate mainly to cover candies. Reports say it was bitter tasting and not at all like the taste of chocolate today.

BARBARA KLEIN: Milton moved to the city of Philadelphia when he was eighteen years old. He had already learned all he could about candy production. His mother and her family offered to help him set up a candy store. But the business failed after six years.

Milton decided to join his father in the western state of Colorado. The younger Hershey found a job with a candy maker in Denver. There, he worked with a kind of sticky candy: caramel. He also learned the importance of using fresh milk in making good caramel.

Milton later attempted candy businesses in Chicago and New York City. But like before, each business failed.

STEVE EMBER: Milton returned to Lancaster. Most family members considered him a failure. But he continued to receive help from his mother's sister and a man who had worked at the Philadelphia store. Milton began making caramels his own way – with fresh milk. His caramels were softer than others being sold and less sticky. One day, an English importer tasted Hershey's caramels and placed a large order. Soon the Lancaster Candy Company was a success. Hershey became one of Pennsylvania's top businessmen. He was selling his candies all across the United States and Europe.

BARBARA KLEIN: Things began changing for Hershey after he visited the Chicago World's Fair in eighteen ninety-three. At the World's Fair, he saw chocolate-making machines from Germany. He decided that chocolate was the future of the candy business, and bought the machines. He had them moved to Pennsylvania, and sold the Lancaster Candy Company. He was developing an unusual plan -- to build a large chocolate factory and a town to support it. 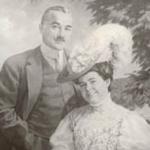 STEVE EMBER: Michael D'Antonio wrote a book about Milton Hershey. It says Hershey got the idea for his town from the Cadbury family in Britain. The Cadburys made chocolates. They also built a factory surrounded by a town. The book says Hershey decided to do the same. He paid for many buildings in his town. He wanted to create a place where his factory's workers could own their own houses. In this way, he prevented Hershey, Pennsylvania from becoming a factory town in which the workers were forced to pay their employers for a place to live. Hershey's town was modern. It had nice houses, large public buildings, and an electric railway system for easy transportation. Nearby farms provided the chocolate factory with fresh milk for its products.

BARBARA KLEIN: Milton Hershey and his company found a way to make large amounts of milk chocolate. The secret was using fat free milk with the seeds of cacao trees and heating them slowly. The Hershey Candy Company was on its way to success.

Most of the company's workers loved Milton Hershey. He made it possible for them to earn good wages and live well. The book "Hershey" says he sometimes shared the company's financial success with them. Yet Milton Hershey was not always fair. Writer Michael D'Antonio says not everyone was happy living in a place where one man and his company attempted to control so much.

STEVE EMBER: Milton Hershey did not marry until he was over forty years old. He surprised his family when he married Catherine Sweeney in eighteen ninety-eight. Some members of his family did not approve of her. She was a Roman Catholic from New York State. Milton called her Kitty. The Hersheys first lived in Lancaster. They later moved to a large house near the factory. The land around the house was known for its many flowers and plants. Catherine Hershey was sick for much of her married life. She died in nineteen fifteen at the age of forty-two.

BARBARA KLEIN: The Hersheys were unable to have children, so they decided to help needy children by creating a school for them. Milton Hershey said the school had been his wife's idea. She reportedly wanted to provide a safe place for those in need of a good home and a better chance in life.

In nineteen-oh-nine, the Hersheys created the Hershey Industrial School for boys who had lost one or both parents. They established a special legal agreement, or trust, to provide money for the school. They gave nearly two hundred hectares of farmland to the trust.

At first, ten white boys attended the school. But more and more boys attended as time went on. The school provided the boys with a good education and farming skills.

STEVE EMBER: After his wife died, Milton Hershey gave shares of Hershey Chocolate Company stock worth sixty million dollars to the trust. This money made it possible for the school to expand. After Hershey died, the name of the school was changed to the Milton Hershey School. Later, the school opened its doors to boys and girls of all races and religions. 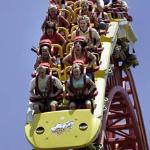 Today, the school serves children in financial and social need. It provides education, housing, food, clothing, medical care and recreation to about one thousand eight hundred students. The students are between the ages of four and eighteen. They live in more than one hundred fifty student homes. Each home has the latest technological equipment, including computers. A married couple lives in each home. They serve as parents to between eight and thirteen students.

BARBARA KLEIN: Many Americans experienced economic hardship during the Great Depression of the nineteen thirties. But Milton Hershey put many people to work in the town by building a large hotel and a sports center.

He also created a not-for-profit organization to provide education and culture to the local townspeople. This organization continues to support the Hershey Theater and other cultural centers in the area.

STEVE EMBER: Milton Hershey died in nineteen forty-five. He left behind the company, the town, the school and the trust that supports it. At the time of his death, the company he built was said to have produced about ninety percent of all the milk chocolate made in the United States.

Today, Hershey, Pennsylvania is unlike any other town in the United States. For example, the streetlights are shaped like the candy called Hershey's Kisses. The air often smells like chocolate. Millions of people visit every year. They learn how chocolate is made at Hershey's Chocolate World. They stay at the Hotel Hershey.

They enjoy Hersheypark, an amusement park with more than sixty rides. They can also visit the Hershey museum and Hershey gardens. This special town calls itself "The Sweetest Place on Earth."

STEVE EMBER: And I'm Steve Ember. Our programs are online with transcripts and MP3 files at 51voa.com. And you can find us on Twitter, Facebook and YouTube at VOA Learning English. Join us again next week for PEOPLE IN AMERICA in VOA Special English.