Oil Spill in US Gulf: The Week's Developments

Update Required To play the media you will need to either update your browser to a recent version or update your Flash plugin.
By VOA
2010-6-18 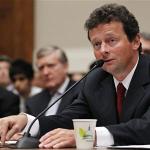 Attention turned to Washington this week over the continuing oil spill in the Gulf of Mexico.

On Thursday, the chief executive officer of BP faced hours of intense questioning at a House of Representatives hearing. Tony Hayward apologized for the spill. But he said it was too early to say what caused the April twentieth explosion on the Deepwater Horizon drilling rig. Eleven workers died.

He said BP expects to complete two relief wells in August to stop the leak from a damaged well. But he would not answer questions about the design of the leaking well.

Lawmakers said the company has a record of putting profits ahead of safety.

But Republican Representative Joe Barton of Texas apologized to Tony Hayward. He said he was sorry for what he saw as political pressure by President Obama to force BP to set up a claims fund for victims.

He called it a "tragedy" and a "twenty billion dollar shakedown" of a private company. The congressman later apologized for his apology.

On Wednesday, BP officials came to the White House for what many people expected would be a twenty minute meeting. They came out four hours later after talks with the president and other officials.

BP agreed to put twenty billion dollars over the next three years into an independent fund to pay claims and damages. President Obama said it was not a limit on what the company might have to pay. BP has already spent more than a billion dollars on the clean-up operation. 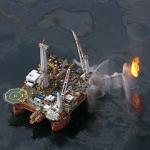 BP will also suspend dividend payments to shareholders temporarily. About forty percent of BP shareholders are in Britain, but almost as many are in the United States.

And BP has agreed to establish a one hundred million dollar fund to pay unemployed oil rig workers. The money is for those affected by a six-month suspension of deepwater drilling.

President Obama gave his first speech from the Oval Office Tuesday night to discuss the oil spill. He called it "the worst environmental disaster America has ever faced."

Many Gulf residents have criticized the president's performance in the crisis. Many people who work in fishing part of the year also depend on well-paid jobs in offshore energy. The six-month ban on deepwater drilling is meant for safety. But in Louisiana alone, the oil and gas industry produces seventy billion dollars each year.

Members of Congress from Texas, Louisiana and Mississippi are appealing to the administration to shorten the six-month moratorium. But some environmental groups say it should be made permanent to end the nation's dependence on oil.

This week, government scientists raised their estimate of the leak to between thirty-five and sixty thousand barrels of oil each day. BP has increased the amount of oil captured. Coast Guard Admiral Thad Allen said Friday that twenty-five thousand barrels were captured in the past twenty-four hours.

Also, BP said it was getting closer to the damaged well. And BP's chairman told Sky News that Tony Hayward will no longer be supervising the daily operations in the Gulf of Mexico.