Update Required To play the media you will need to either update your browser to a recent version or update your Flash plugin.
By Christopher Cruise
2011-2-26 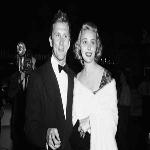 Photo: AP
Patricia Neal is escorted by Kirk Douglas to the world premiere of the movie "The Fountainhead" in Los Angeles in 1949

CHRISTOPHER CRUISE: And I'm Christopher Cruise with PEOPLE IN AMERICA in VOA Special English. Today we tell about Patricia Neal, a famous actress who reached the top of her profession but had many personal tragedies.

SHIRLEY GRIFFITH: In the nineteen forties and fifties, one American actress could be identified by listening to her speak just a few words:

PATRICIA NEAL: "I didn't want to be tied to anything. I wanted to destroy it rather than let it be part of a world where beauty and genius and greatness have no chance."

That was Patricia Neal in the nineteen-forty-nine film "The Fountainhead."

CHRISTOPHER CRUISE: She was named Patsy Louise Neal when she was born in nineteen twenty-six in Packard, Kentucky, a coal-mining camp. Her father was a manager at a coal mine. Packard no longer exists. It disappeared, as mining camps often do, and few people remember it. But Packard's most famous daughter is remembered for her great beauty, success, talent, bravery and activism.

Later the family moved to Knoxville, Tennessee. Patricia began acting as a teenager. She studied drama at Northwestern University in Evanston, Illinois for two years but left to go to New York City. In nineteen forty-seven she won a Tony award the first year the awards were given for her first Broadway performance. She played a teenage girl in "Another Part of the Forest" written by Lillian Hellman. Her success on Broadway quickly brought offers from Hollywood filmmakers.

By the age of twenty-one, Patricia Neal was on the cover of Life magazine. Being on the cover meant you were a star. Millions of Americans read the magazine every week. 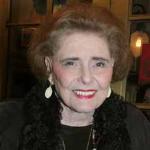 Patricia Neal at the opening night performance of "Doubt" on Broadway

SHIRLEY GRIFFITH: Soon after Patricia Neal arrived in Hollywood, she met Gary Cooper, one of the most famous movie stars of the time. They starred together in "The Fountainhead" in nineteen forty-nine. It was the film version of Ayn Rand's famous book.

PATRICIAL NEAL (AS DOMINIQUE FRANCON): "I didn't know your name. You knew mine, but you haven't tried to find me in all these months."

GARY COOPER: "I wanted you to find me and have to come to me."

PATRICIA NEAL: "If it gives you pleasure to know that you are breaking me down I'll give you a greater satisfaction...I love you, Roark. Would it please you to hear that I've lived in torture all these months? Hoping never to find you again and wishing to give my life just to see you once more. But you knew that, of course – that's what you wanted me to live through."

CHRISTOPHER CRUISE: Gary Cooper was forty-eight years old and married. Patricia Neal was just twenty-three. But they soon became lovers. Their three-year love affair ended when Cooper refused to leave his wife and daughter for Neal, even after Neal became pregnant with his child. This hurt Patricia Neal terribly. She had an illegal abortion. She suffered an emotional collapse. She left Hollywood and moved to New York City.

SHIRLEY GRIFFITH: In nineteen fifty-three, she met and married the British writer Roald Dahl. More than thirty years later, she said in an interview that she did not love Dahl when she married him. But she wanted very much to be a mother.

They moved to England where they had five children. In the nineteen fifties Patricia Neal again appeared on Broadway. In nineteen fifty-seven she returned to film and starred in "A Face in the Crowd" directed by Elia Kazan. But two tragedies happened to Neal and Dahl in the nineteen sixties. Their infant son Theo suffered brain damage when a car hit him in New York City. Their seven-year-old daughter Olivia died from the disease measles.

CHRISTOPHER CRUISE: Patricia Neal lived in England with her husband and children, but she continued to make movies in Hollywood. In nineteen sixty-four, she received an Academy Award for best actress. She won the award for her performance as Alma the housekeeper in the movie "Hud," starring Paul Newman. Patricia Neal holds a replica of her Hollywood Walk of Fame star that was installed on May 20, 2005

PAUL NEWMAN (AS HUD): "Well, the only question I ever ask any woman is ‘What time is your husband comin' home?'"

PATRICIA NEAL: "Must say I've been asked with a little more finesse in my time."

PAUL NEWMAN: "I'll bring ya a two-pound box of candy and maybe a bottle of perfume from the drugstore."

PATRICIA NEAL: "No thanks. I done my time with one cold-blooded bastard. I'm not lookin' for another."

PAUL NEWMAN: "It's too late, honey, you already found him."

SHIRLEY GRIFFITH: In nineteen sixty-five, a year after she won the Oscar, Patricia Neal suffered three strokes. She was thirty-nine years old and three months pregnant with her fifth child. She was unconscious for three weeks. When she woke up, she was blind and could not speak. And she was unable to move parts of her body.

She was in such terrible condition that Variety, a national entertainment newspaper, reported that she had died.

PATRICIA NEAL: "I've read about my death in the paper."

The report was wrong, but not by much. She was near death. It was three months before she was able to walk again and speak a little. Her husband forced her to improve. But every day was difficult. She said she hated life. "I wanted to commit suicide," she said, "but I didn't know how." Six months after the strokes, she gave birth to a healthy daughter named Lucy. She believes the strokes kept her from becoming a major star.

INTERVIEWER: "You were thirty-nine years old – at the beginning, in fact, of a career."

PATRICIA NEAL: "And it was killed."

CHRISTOPHER CRUISE: But by nineteen sixty-eight she was back in the movies. The strokes affected her brain so much that it was very difficult for her to remember her lines. But she worked hard. And she received an Academy Award nomination for her role in "The Subject Was Roses."

She played an angry mother who uses her son as a weapon against her husband.

SHIRLEY GRIFFITH: In nineteen seventy-eight, she dedicated the Patricia Neal Rehabilitation Center in Knoxville, Tennessee. The center helps people who have had strokes. Patricia Neal raised money for children and adults who had suffered brain injuries. She showed that a brain injury did not mean the end of life or the end of joy. She said: "I can't see from one eye. I've been paralyzed. I've fallen down and broken a hip. Stubbornness gets you through the bad times. Don't give in." 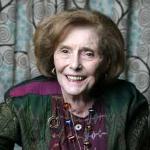 In nineteen eighty-three, Patricia Neal suffered another personal tragedy. She learned that her husband had been having a long relationship with her closest friend. After thirty years in England, she ended her marriage and returned to the United States.

CHRISTOPHER CRUISE: Patricia Neal was eighty-four when she died of lung cancer in two thousand ten. She had made almost forty movies.

They include "The Day the Earth Stood Still" and "Breakfast at Tiffany's." She had worked with the most famous actors of her time.

She also appeared in many television programs. She had had a productive career, but it was not everything she had wanted it to be. She wished she had become a great star.

A friend remembered her as one of the most extraordinary women of our time. "She was constantly inspiring everyone for her courage and dedication. Whether on stage, in motion pictures or in her personal life, she maintained her unique beauty and personality."

SHIRLEY GRIFFITH: Jennie Morrow raises money to support the Patricia Neal Rehabilitation Center. She said Patricia Neal faced severe problems with such style and grace. "She was so inspirational to the patients. She stopped to hear their stories, held their hands and applauded their success. And she knew about the value of applause."

CHRISTOPHER CRUISE: Patricia Neal struggled back to a productive life after many personal and professional problems. She helped others who were recovering from strokes. But one writer said after she died: "She wished to be remembered not for gossip, or for her personal life, but for her performances on stage and screen."

In two thousand five, Patricia Neal said: "I am an actress, and I will take any good part as long as I can stand up. And when I can no longer do that, I will take them lying down."

After she died, the New York Times newspaper wrote that her life moved back and forth between victory and tragedy. A book about her is called "Patricia Neal: An Unquiet Life." That seems like a good way to describe the life she lived.

CHRISTOPHER CRUISE: And I'm Christopher Cruise. Our programs are online with transcripts and MP3 files at 51voa.com. You can also find us on Twitter, Facebook and YouTube at VOA Learning English. Join us again next week for PEOPLE IN AMERICA in VOA Special English.