Paying Others to Worry About Your Online Image

Update Required To play the media you will need to either update your browser to a recent version or update your Flash plugin.
By VOA
2011-7-21 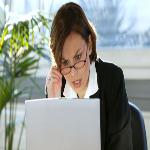 Negative online comments can harm a company's or individual's reputation.

A reputation -- what people think of you, good or bad -- is built one message at a time. The difference today is that people can get their messages out to lots of other people at lightning speed through websites and social media. So, not surprisingly, an industry is fast developing around managing online reputations for individuals and businesses.

KEN WISNEFSKI: "Up to eighty percent of people have been influenced in a purchasing decision by what they've read or seen online."

Some of his customers need help with urgent publicity problems. Others are seeking long-term management of their online image. Mr. Wisnefski says about one-fifth of his business is with companies and individuals outside the United States.

How does reputation management work?

WebiMax has two sides to its business. The company can organize online publicity campaigns to try to limit the harm done by negative comments or bad news. Mr. Wisnefski says when a client gets in the news for the wrong reasons, his company does not try to hide what happened. Instead, it develops a campaign to show that the client is dealing with the problem in a productive and positive way, he says.

In that sense, the work seems a lot like old-fashioned public relations, but in cyberspace.

But what if clients are the target of lies or maybe an organized effort to harm their reputation? Then WebiMax would use its legal team to try to have the comments removed.

KEN WISNEFSKI: "We realized pretty early on that it wasn't going to just be a marketing function, that there also needed to be a legal function involved with it. And marrying the two together is what really has impact and makes this successful."

In the United States, not all speech is protected by the Constitution. And even if the comments are true, the threat of a costly legal fight may be enough to get them removed.

Ken Wisnefski thinks the legal side of reputation management is only going to grow. He says WebiMax is profitable and expects ten to fifteen million dollars in revenue this year.

Clients of companies that manage reputations can pay thousands of dollars a month or as little as a hundred dollars a year. But here is some free advice.

And that's the Economics Report in VOA Special English. You can read and listen to more business news online at 51voa.com. I'm Mario Ritter.