Update Required To play the media you will need to either update your browser to a recent version or update your Flash plugin.
By Jim Tedder
2010-11-12 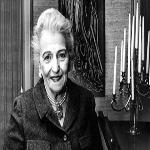 Photo: AP
Pearl Buck was the first American woman to be awarded the Nobel Prize in Literature.

FAITH LAPIDUS: The year was nineteen thirty-one. Americans were suffering through the Great Depression. The famous criminal Al Capone was sent to prison for not paying his taxes. "The Star Spangled Banner" officially became America's national song. The Empire State Building in New York City was completed. And the top selling book in the United States was "The Good Earth" by Pearl S. Buck.

JIM TEDDER: Pearl Buck won the Pulitzer Prize for the best novel by an American writer. She was the first American woman to be awarded the Nobel Prize in Literature. She wrote more than one hundred books. She also wrote short stories, poetry, plays, essays and children's literature. But most people remember Pearl Buck for her novels about China. She knew the country and its people very well. For nearly forty years, China was her home.

FAITH LAPIDUS: Pearl's parents were Caroline and Absalom Sydenstricker. They were religious workers in China. In eighteen ninety-two they were visiting in the United States when Pearl was born in Hillsboro, West Virginia.? Three months after her birth, the family left the United States and moved back to China.

Pearl and her family lived among the Chinese people. Pearl played with Chinese children and visited their homes. She listened to their ideas and learned about their culture. From an early age, she spoke both Chinese and English. 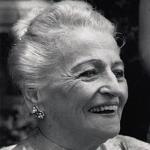 JIM TEDDER: Pearl's education began at home. Her mother taught her many of the things she would have learned in an American school. A Chinese tutor taught Pearl other subjects. They included the writings of the famous thinker Confucius and Chinese reading, writing and history. When she was seven, she began reading the works of British writer Charles Dickens. Many years later, after she had become a famous author, she said that Dickens' writing style had the greatest influence on her own style.

FAITH LAPIDUS: In nineteen ten, Pearl went back to the United States to study philosophy at Randolph-Macon Woman's College in Lynchburg, Virginia. After graduation, she returned to China. Three years later, she met John Lossing Buck. He was a religious worker who studied agriculture. They were married and moved to a small village in the north of China. Their life among the poorest people provided the subject matter for many of the books she later wrote.

JIM TEDDER: In nineteen twenty, Pearl and John Buck's first child was born. Her name was Carol. Doctors found that Carol had an unusual disease called PKU. This caused her to have trouble learning. Carol was sent to live at a special school in New Jersey. Pearl Buck was deeply saddened by having to send her only child to live far away from home. She also learned that she would never be able to give birth again.

But if it had not been for Carol's health problems, her mother might never have become a famous writer. The reason was money. Pearl Buck needed a lot of it over the years to pay for her daughter's care. So she tried writing books about the subject she knew best. Her first novel was called "East Wind, West Wind."

It tells the story of a Chinese girl who learns about the western world. But it was Pearl Buck's next book that made her famous and brought the money she needed.

PEARL BUCK: "Now when I began to write, not having anything else to write about, I only knew China. And my first very successful book was "The Good Earth." I used to say to these young people, ‘Why don't you write about your peasants? They are wonderful people.' And they would say, ‘Oh nobody would be interested.' And so I said well I'm gonna write that book then. If none of you will do it, I will write it. So I wrote ‘The Good Earth.'"

JIM TEDDER: "The Good Earth" is the story of a poor Chinese man named Wang Lung. His wife is O-Lan. They work together very hard and finally make enough money to buy some land for a farm.

After a time, they grow enough crops to feed their family well, with some left over to sell. Their lives improve greatly, and they are happy. But the good times do not last.

FAITH LAPIDUS: For a long time it does not rain. The land dries up and no crops will grow. Many people starve to death. Wang sells all he owns, except the land. Once again his family is poor and hungry. They beg on the streets to survive. Wang fears that they will die. But just when it seems that the end is near, good luck arrives.

JIM TEDDER: Poor people attack some rich people, hoping to get food and money. A crowd forces Wang into a rich man's home. The rich man fears Wang and gives him gold coins. With this new-found wealth, Wang and his family survive. Every chance he gets, he buys more land. After a while he is richer than he ever thought he would be. For the rest of his life, Wang finds happiness in owning land and raising crops. He tells his sons that after he dies, they must never sell their land.

PEARL BUCK: "Now you couldn't imagine anything less interesting to Americans, you would say, than a book like ‘The Good Earth.'? It came in the midst of depression times. And it was a comfort to the American people to know that there were people worse off than they were."

FAITH LAPIDUS: In nineteen thirty-two, Pearl Buck wrote a book called "Sons." It tells about Wang Lung's family after his death. Three years later, she wrote "A House Divided." This book is mostly about Wang Lung's grandson, Wang Yuan, who lives during a time of revolution in China. This book tells how China's people began to change from their old ways to a more modern way of thinking.

Pearl Buck wrote her first books about China at a time when most people in the world knew almost nothing about the Chinese way of life. She told her stories with honesty. Her readers soon learned that the Chinese were far different from the way they had been shown in Hollywood movies. 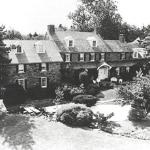 JIM TEDDER: After almost forty years in China, the writer moved back to the United States. She bought Green Hills Farm in eastern Pennsylvania. She began to write articles for newspapers and magazines. She expressed her opinion on war, politics, religion, equal rights for all people and many other subjects.

PEARL BUCK: "One of the sad things about war is ...it's not so much that you lose the money because you can always make money, somehow. But you lose people that you can't replace ... the people who should lead our country are the best, who die early ... the bravest, the most brilliant, the ones with the best leadership ... and they are the ones who die, out of proportion to their numbers."

FAITH LAPIDUS: Pearl Buck's ideas often brought her criticism. But she continued to speak and write about her support for the civil rights of black people in the United States. She also believed in birth control and equal rights for women. She said that there would be world peace only when all races had respect for each other.

PEARL BUCK: "We are one world and if we don't know it, it's dangerous. But I think we are beginning to know it more and more, and that does not mean that we give up our nationhood or our differences."

JIM TEDDER: Pearl Buck gave many speeches in America. She talked to young people about the importance of a good education. She told them they needed to know more about other people around the world.

FAITH LAPIDUS: In nineteen forty-nine, Pearl Buck helped start the Welcome House Adoption Agency. She had become very concerned about the children of mixed races around the world. She urged families to adopt these children without concern for the color of their skin or their cultural background. Pearl and her second husband, Richard Walsh, raised seven adopted children. Two of these were of mixed race. They also cared for many other children while they lived at Green Hills Farm.

JIM TEDDER: Pearl Buck died in nineteen seventy-three. She was eighty years old. She was buried near her house in Pennsylvania. Her memory lives on in the work done by Pearl S. Buck International. This organization provides adoption services and help to adopted people and their families. It also supports cultures around the world and works to end prejudice.

JIM TEDDER: And I'm Jim Tedder. You can learn about other famous Americans at 51voa.com. You can also find us on Facebook, Twitter and YouTube at VOA Learning English. Join us again next week for PEOPLE IN AMERICA in VOA Special English.