Update Required To play the media you will need to either update your browser to a recent version or update your Flash plugin.
By Richard Thorman
2010-1-9

And I'm Steve Ember with People in America in VOA Special English.

Today, we finish the story of the writer William Faulkner. He created an area and filled it with people of the American South. 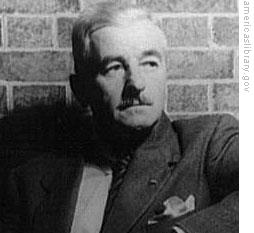 In nineteen forty-five, all seventeen books William Faulkner had written by then were not being published. Some of them could not be found even in stores that sold used books.

The critic Malcolm Cowley says, Faulkner's "early novels had been praised too much, usually for the wrong reasons. His later and in many ways better novels had been criticized or simply not read. "

Even those who liked his books were not always sure what he was trying to say.

Faulkner never explained. And he did not give information about himself. He did not even correct the mistakes others made when they wrote about him. He did not care how his name was spelled: with or without a "u." He said either way was all right with him.

Once he finished a book he was not concerned about how it was presented to the public. Sometimes he did not even keep a copy of his book. He said, "I think I have written a lot and sent it off to be printed before I realized strangers might read it."

In nineteen forty-six, Malcolm Cowley collected some of Faulkner's writings and wrote a report about him. The collection attempted to show what Faulkner was trying to do, and how each different book was part of a unified effort.

In nineteen twenty-nine, in his novel "Sartoris," Faulkner presented almost all the ideas he developed during the rest of his life. Soon after, he published the book he liked best, "The Sound and the Fury." It was finished before "Sartoris," but did not appear until six months later. 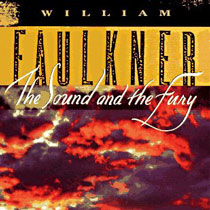 In talking about "The Sound and the Fury," Faulkner said he saw in his mind a dirty little girl playing in front of her house. From this small beginning, Faulkner developed a story about the Compson family, told in four different voices. Three of the voices are brothers: Benjy, who is mentally sick; Quentin, who kills himself, and Jason, a business failure. Each of them for different reasons mourns the loss of their sister, Caddie. Each has a different piece of the story.

It is a story of sadness and loss, of the failure of an old Southern family to which the brothers belong. It also describes the private ideas of the brothers. To do this, Faulkner invents a different way of writing for each of them. Only the last part of the novel is told in the normal way. The other three parts move forward and back through time and space.

The story also shows how the Compson family seems to cooperate in its failure. In doing so the family destroys what it wants to save.

Quentin, in "The Sound and the Fury," tries to pressure his sister to say that she is pregnant by him. He finds it better to say that a brother and sister had sex together than to admit that she had sex with one of the common town boys of Jefferson.

Another brother, Jason, accuses others of stealing his money and causing his business to fail. At the same time, he is stealing from the daughter of his sister.

Missus Compson, the mother in the family, says of God's actions: "It can't be simply to. . . hurt me. Whoever God is, he would not permit that. I'm a lady. "

Some of the people Faulkner creates, like Reverend Hightower in "Light in August," live so much in the past that they are unable to face the present. Others seem to run from one danger to another, like young Bayard Sartoris, seeking his own destruction. These people exist, Faulkner says, "in that dream state in which you run without moving from a terror in which you cannot believe, toward a safety in which you have no...[belief]. "

As Malcolm Cowley shows, all of Faulkner's people, black or white, act in a similar way. They dig for gold after they have lost hope of finding it -- like Henry Armstid in the novel, "The Hamlet." They battle and survive a Mississippi flood for the reward of returning to state prison -- as the tall man did in the story "Old Man." They turn and face death at the hands of a mob -- like Joe Christmas does in the novel, "Light in August." They act as if they will succeed when they know they will fail.

Faulkner's next book, "As I Lay Dying," was published in nineteen thirty. It is similar to "The Sound and the Fury" in the way it is written and in the way it deals with loss. Again Faulkner uses a series of different voices to tell his story. The loss this time is the death of the family's mother. The family carries the body through flood and fire in an effort to get her body to Jefferson to be buried.

Neither "As I Lay Dying" nor "The Sound and the Fury" was a great success. Faulkner did not earn much money from them. He was adding to his earnings by selling short stories and by working from time to time on movies in Hollywood. Then to earn more money, he wrote a book full of sex and violence. He called it "Sanctuary."

When the book was ready to be published, Faulkner went to New York and completely rewrote it. The changes were made after it was printed. So Faulkner had to pay for them himself.

The main person in "Sanctuary" is a man called Popeye. He is a kind of mechanical man, a man, Faulkner says, without human eyes. Faulkner says he is a person with the depth of pressed metal. For Faulkner, Popeye represents everything that is wrong with modern society and its concern with economic capitalism.

Popeye is a criminal, a man who "made money and had nothing he could do with it, spend it for." He knows that alcohol will kill him like poison. He has no friends. He has never known a woman.

In later books he appears as a member of the Snopes family. The Snopes are a group of killers and barn burners. They fear nothing, except nature. They love no one, except themselves. They cheat everyone, even the devil. They live in a private land without morals. Yet Flem Snopes ends as the president of the bank in Jefferson.

Like Popeye, they gain the ownership and use of things, but they never really have them. Flem Snopes marries into a powerful family but his wife does not even have a name for him. She calls him "that man."

Faulkner says that nothing can be had without love. Love is the opposite of the desire for power. A person in one of Faulkner's stories says, "God created man, and he created the world for him to live in. And. . . He created the kind of world he would have wanted to live in if he had been a man. " 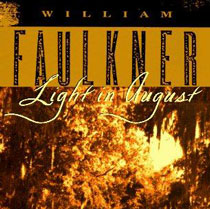 "Light in August" starts with the search by a woman, Lena Grove, for the man who promised to marry her. The story is also about two people who do not fit with other people. They are a black man named Joe Christmas, and a former minister, John Hightower, who has lost his belief in God. Faulkner ties the three levels of individual psychology, social history and tragedy into a whole.

In nineteen thirty-six, Faulkner followed "Light in August" with "Absalom, Absalom." Many consider this his best novel. It is the story of Joseph Sutpen, who wants to start a famous Southern family after America's Civil War. It is told by four speakers, each trying to discover what the story means. The reader sees how the story changes with each telling, and that the "meanings" are created by individuals. He finds that creating stories is the way a human being finds meaning. Thus, "Absalom, Absalom" is also about itself, as a work of the mind of man.

Faulkner's great writing days were over by the end of World War Two. Near the end of his life, Faulkner received many honors. The last and best one was the Nobel Prize for Literature in nineteen forty-nine.

In a speech accepting the award, Faulkner spoke to young writers. It was a time of great fears about the atomic bomb. Faulkner said that he refused to accept the end of the human race.

I believe that man will not merely endure: he will prevail. He is immortal, not because he alone among creatures has an inexhaustible voice, but because he has a soul, a spirit capable of compassion and sacrifice and endurance. The poet's, the writer's, duty is to write about these things."

William Faulkner died of a heart attack in nineteen sixty-two. He was sixty-five years old.

This program was written by Richard Thorman and produced by Lawan Davis. I'm Steve Ember.

And I'm Faith Lapidus. Join us again next week for People in America in VOA Special English.