Political Tensions Grow as Iraqis Fail to Agree on a Government

Update Required To play the media you will need to either update your browser to a recent version or update your Flash plugin.
By VOA
2010-8-6 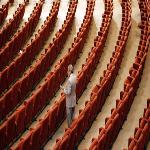 Photo: AP
A member of the new Iraqi parliament speaks on the phone in June

Iraqis elected a new parliament in March. There was no clear winner. And five months later there is still no agreement on a coalition government.

On Wednesday, the United Nations Security Council called on the politicians to settle their differences. It urged them to form "as quickly as possible, a government that is inclusive and represents the will of the Iraqi people."

The top United Nations diplomat in Iraq says the delays are creating conditions that opponents of democracy could use for their own gain. Ad Melkert told the Security Council that the delays affect the rebuilding of basic services in Iraq. He said Iraqis average about nine hours a day without electric power.

President Obama talked about Iraq in a speech Monday to the Disabled American Veterans Conference in Atlanta, Georgia.

BARACK OBAMA: "Shortly after taking office, I announced our new strategy for Iraq and for a transition to full Iraqi responsibility. And I made it clear that by August thirty-first, two thousand ten, America's combat mission in Iraq would end. And that is exactly what we are doing, as promised, on schedule."

The president said American forces have already closed or turned over hundreds of bases to the Iraqis. By the end of this month, he said, the United States will have brought home more than ninety thousand troops. 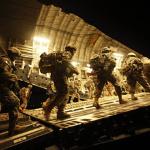 Violence in Iraq has decreased over the last three years. But there are still bombings and shootings daily. Insurgents often target the Iraqi army and police.

Around fifty thousand American troops will remain in Iraq. They will train Iraqi soldiers and support counterterrorism operations. They will also protect the civilian efforts.

The goal is for all troops to leave Iraq by the end of next year.

President Obama also wants to begin a withdrawal from Afghanistan next July. He is sending more troops for now, though.

But this week, Mr. Obama could report apparent success in a different sort of battle -- against the largest accidental oil spill ever at sea.

BARACK OBAMA: "So the long battle to stop the leak and contain the oil is finally close to coming to an end." 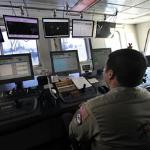 A worker involved in the "static kill" operation this week

The BP company pumped heavy drilling fluids, known as mud, into the top of its damaged well in the Gulf of Mexico. The process is called a static kill. Workers later added cement to harden in the well to seal it permanently.

As a final step there are plans to pump in mud and cement from below through relief wells. That could happen later this month.

The government now thinks close to five million barrels of oil leaked into the gulf between April and the middle of July, when the spill was contained.

Recovery efforts will continue. But Jane Lubchenco, the head of the National Oceanic and Atmospheric Administration, says most of the oil in the Gulf of Mexico is now gone.

JANE LUBCHENCO: "At least fifty percent of the oil that was released is now completely gone from the system and most of the remainder is degrading rapidly or being removed from the beaches."