Update Required To play the media you will need to either update your browser to a recent version or update your Flash plugin.
By VOA
2010-5-27 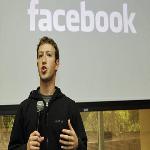 People are supposed to be social on a social media site. But choosing to share information is not the same as having it shared for you. And that difference is at the center of debate over privacy on Facebook and other social networks.

A free service that makes money by advertising other sites has to find the right balance. It has to satisfy advertisers seeking information to target ads. But it also has to be careful, or people could start to worry about an invasion of privacy.

Facebook started as a site for college students to share interests and information. Today, it is the largest social media site -- more than four hundred million users. But lately it has faced a lot of criticism about its handling of privacy issues.

MARK ZUCKERBERG: "Today, we begin rolling out some new controls to make it easier for you to control what you share on Facebook."

He said controlling personal information will be simpler than with the existing system of complex privacy settings.

Marc Rotenberg is president of the Electronic Privacy Information Center. He told "The Early Show" on CBS television that the changes may not be enough.

MARC ROTENBERG: "I don't think it's going to satisfy everybody. I think there are certainly a large number of Facebook users who have decided they really can't trust Facebook anymore."

A website called Quitfacebook Day has been urging people to leave this Monday.

Facebook is based in Palo Alto, California. The privately held company does not have to report earnings. But its revenue last year has been estimated at five hundred to six hundred fifty million dollars. This was mainly from selling ads aimed at users based on what they post on Facebook.

Facebook is not alone in being criticized over privacy. Google, the world leader in Web search, is in trouble for collecting information from unsecured wireless networks. This was done as specially equipped vehicles took pictures for the Google mapping feature called Street View. Google said it never meant to collect people's private information, like e-mails and passwords.

But officials in Hamburg, Germany, have launched a criminal investigation. And last week two American congressmen asked the Federal Trade Commission to see if Google broke any laws in the United States.

And that's the VOA Special English Economics Report. What do you think about privacy online? You can post comments at 51voa.com or on our Facebook page at VOA Learning English. I'm Mario Ritter.