Update Required To play the media you will need to either update your browser to a recent version or update your Flash plugin.
By June Simms and Caty Weaver
2011-3-24 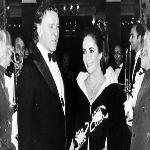 Photo: AP
Richard Burton and Elizabeth Taylor in 1969 in Monaco

This week, we answer a question about sports terms and play music by blues great Pinetop Perkins, who died Monday.

And we remember another star who died this week: the extraordinary actress and beauty Elizabeth Taylor.

DOUG JOHNSON: America lost one of its biggest movie stars this week. Elizabeth Taylor died Wednesday in Los Angeles, California. She had been in poor health for many years.

There was no one like Elizabeth Taylor at the height of her fame. She was an extremely beautiful woman. She won two Academy Awards. She also had an interesting and complex private life. Her many loves, her battles with substance abuse and her humanitarian causes kept her name in the news even after she stopped making films.

KATHERINE COLE: It started in nineteen forty-four with the movie "National Velvet." Twelve-year-old Elizabeth Taylor starred as Velvet Brown, a girl in an English country village. She saves a horse and trains him for an important race. Then she rides him to victory.

This was also the year of her first marriage, to Nicky Hilton, of the Hilton Hotels business. But they separated after just nine months.

Elizabeth Taylor married seven more times to six other men. She married actor Richard Burton twice. She had four children by three of her husbands. Her relationships caused her some public image problems, especially her marriage to singer Eddie Fisher. He had been married to Taylor's best friend and popular actress Debbie Reynolds. Fisher left Reynolds for Taylor in nineteen fifty-nine. The American public was shocked and many were angered by this behavior.

In nineteen fifty-eight she played Maggie in the film version of Tennessee Williams' play, "Cat on a Hot Tin Roof." Some critics consider it her best movie. 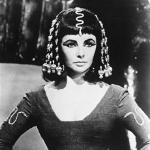 She won her first Academy Award for her work in the nineteen sixty film, "Butterfield 8." She played a sex worker who is involved with a married man. She won another Oscar in nineteen sixty-six for the movie, "Who's Afraid of Virginia Woolf?"

Taylor became the highest paid film actress in history. She earned more than one million dollars for her role as "Cleopatra," in the extraordinary production of the same name, released in nineteen sixty-three.

Elizabeth Taylor made more than sixty movies in all. In the nineteen eighties, she battled drug and alcohol abuse. She entered a medical center for treatment and was very open with the public about it. She also became a leader in the fight against AIDS and HIV. She helped found amFAR, the American Foundation for AIDS Research. She did this in nineteen eighty-five when many people believed those infected with the disease were immoral. 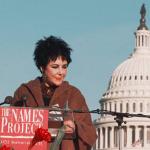 The British singer-songwriter Elton John was a good friend of Elizabeth Taylor. He said the world had lost not just a Hollywood giant, but also "an incredible human being." Elton John said she earned love and respect for speaking out against AIDS when others wanted to bury their heads in the sand.

DOUG JOHNSON: Our question this week comes from the Dominican Republic. Junior Olivares wants us to explain some of the terms used in baseball and basketball.

Baseball is known as America's "national pastime." The pitcher throws the ball and the batter tries to hit it on the playing field to get a "base hit." Then the batter runs to one of the bases, depending on how far he hits the ball. The batter gets a single if he reaches first base safely. A double gets him to second base and a triple gets him to third base. A very good batter may hit the ball out of the playing field and run to all four bases for a "home run."

A batter can get to first base even if he doesn't hit the ball. He can "walk" to first base if the pitcher throws four balls that are either too high, too low or too far from the batter. But the batter may also "strike out" if he is unable to hit the ball after three pitches. A base runner may try to "steal" a base by running to the next base while the pitcher is throwing the ball to another player.

A pitcher who is very good may throw a "no hitter" if none of the opposing batters gets a hit. Or the pitcher may even throw a "perfect game" if none of the players from the other team reaches a base.

The game of basketball has different language to describe the action. It all begins with the "tip-off." It is the first "jump ball" that starts the game. An official throws the ball in the air as a player from each opposing team jumps to gain possession of the ball.

Next the "man-to-man defense" begins. Each defensive player is responsible for guarding one of the opposing team members. A "full court press" happens when the defenders begin guarding the offense in the back court.

Sometimes the pressure is so great that two teammates may join together to guard a single opponent. This is called "double teaming." It is an illegal defense and may result in a "technical foul." The opponent may be awarded a "free throw," a chance to throw the ball into the basket.

If he misses the shot and one his teammates is able to regain control of the ball, it is called an "offensive rebound." But, the winning team may choose to play a "keepaway game" if the game is close to ending. Players may pass the ball back and forth among themselves until there is no time left and the game ends.

One of the most exciting moves in basketball is the "slam dunk." Players jump up high and force the ball into the net. The famous former basketball player Michael Jordan is considered to be one of the best "slam dunkers" of all time.

MARIO RITTER: The piano player was born Joe Willie Perkins in Mississippi in nineteen thirteen. He lived with his mother and grandmother as a boy. His grandmother was abusive. She finally beat the boy so badly that he left home.

Pinetop Perkins said he started playing guitar when he was ten years old. He taught himself to play by listening to others. Two years later, he started a job repairing pianos and decided to teach himself to play that instrument as well.

Perkins began playing music in small clubs and at parties when he was a young man. At one club in Arkansas a woman cut his arm badly with a knife. There was so much damage that Perkins could no longer play guitar. So the piano became his instrument.

In the nineteen forties Pinetop Perkins worked as a band member for two radio programs. One was the famous King Biscuit Time broadcast from Helena, Arkansas.

In nineteen eighty, Pinetop Perkins and the other Muddy Waters' band members formed their own group, the Legendary Blues Band. They played Chicago- style blues music.

The Recording Academy presented Pinetop Perkins with a Lifetime Achievement Award in two thousand five. The Academy honored him with his first Grammy two years later for best traditional blues album. Last month, he won in the same category again. Pinetop Perkins became the oldest performer to receive a Grammy.

Pinetop Perkins told a reporter that performing in his nineties was not the joy it had been when he was younger. But he said he could not stop --- it was all he knew how to do. "I'm just trying to make people happy and make a dollar or two," he said.

(MUSIC: "Take Your Eyes Off My Woman"/Pinetop Perkins)

I'm Doug Johnson. Our program was written by June Simms and Caty Weaver who was also the producer.