Update Required To play the media you will need to either update your browser to a recent version or update your Flash plugin.
By Caty Weaver
2012-5-10

Photo: AP
Children's book author and illustrator Maurice Sendak died this week at 83 years old. He is pictured here in 2006.

I'm June Simms. This week on our program, we play new music from Jack White...

And we remember the wildly creative American author and illustrator, Maurice Sendak...

Maurice Sendak and "Where the Wild Things Are"

JUNE SIMMS: America lost one of its greatest writers and illustrators this week. Maurice Sendak died May eighth of problems linked to a stroke. He was eighty-three years old.

Maurice Sendak's work helped redefine children's literature. Shirley Griffith has more about the man and his most popular book.

SHIRLEY GRIFFITH: Maurice Sendak was the writer and illustrator of more than one hundred children's books. But, he is best known for "Where the Wild Things Are," published in nineteen sixty-three. Its main character is a little boy named Max, who is a hero to millions of children. 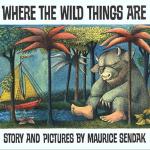 Max's mother sends her son to his room without dinner when he starts acting like a wild animal. But, once there, his imagination sends him even farther. He watches as his room disappears and a forest grows. Max begins his trip on a nearby sea:

READER: And he sailed off through night and day / And in and out of weeks / And almost over a year / to where the wild things are.

These wild things are big, loud and hairy with huge teeth and long claws. They make loud, angry noises in an effort to frighten Max. But he is able to quiet them with one brave move.

READER: Max said "BE STILL!" and tamed them with the magic trick of staring into all their yellow eyes with out blinking once.

So, Max becomes ruler of the wild things. Together, they hang from trees, dance and have fun until Max becomes lonely for home. So just like his mother, he sends the wild things to bed without supper. And Max returns to "where someone loves him best of all." The reader knows Max finds that love when he sees his meal waiting for him back in his room, still hot.

The simply written story is supported by richly colored and extremely expressive drawings. Max's rebellious behavior is captured in a picture of him holding up a fork as he chases a little dog down the steps. The drawings of Max's room melting into a forest make the imaginary trip believable.

And the artist somehow creates wild things that are more lovable than frightening, even with their sharp teeth and yellow eyes. The pictures won Maurice Sendak a Caldecott Medal, probably the most celebrated award for children's book artists.

"Where the Wild Things Are" was not widely praised when first released. Some critics and mental health experts worried that it was too angry or frightening for young children. But it was Maurice Sendak's ability to connect with the emotional lives of children that made the book so popular.

Many children see themselves in Max. They find their power in his rule over the wild things. And, they can find a peaceful security in Max's welcome home supper.

Maurice Sendak loved books from a young age. He was sick for much of his childhood. He spent many days in his bed reading and drawing pictures. Maurice Sendak in 1988
Maurice Sendak was born in nineteen twenty-eight in the Brooklyn area of New York City. His parents were Jewish immigrants from Poland. The little boy grew up with continuous reminders about death. When he was sick, his grandmother dressed him in white clothes she thought would help him avoid death.

Members of his family were killed in Nazi German death camps during World War Two. Maurice Sendak spoke about his mother crying each time she learned that someone had been killed. The writer said that, as a child, he wondered why he got to live while so many other Jewish children were killed.

These experiences help explain an important part of his books. They often show children overcoming evil forces and other complex situations, like Max's victory over the wild things. Maurice Sendak's young characters struggle to survive while facing difficult emotions, including fear. In fact, the writer once said that children surviving childhood was the central concern of his work.

Maurice Sendak began his career in the comic book industry. In his later career, he also designed sets for plays. In two thousand nine, he finally permitted a movie version of his most famous book. He said director Spike Jonze could be trusted with the work.

The movie "Where the Wild Things Are" received critical praise.

(SOUND: "Where the Wild Things Are")

Maurice Sendak died in Connecticut, where he lived. His friend, writer Bill Joyce, recently wrote of his visit with Sendak last year. Mister Joyce wrote that Sendak said he was ready to die. And that he felt happy, for the first time in his life.

We will have more about Maurice Sendak Monday on THIS IS AMERICA.

JUNE SIMMS: Musician Jack White is famous for his bands, the White Stripes and the Raconteurs. But the thirty-six-year-old guitarist and singer is now performing in the singular. White's new album "Blunderbuss" is his first solo project. And sales suggest it will be just as popular as his earlier records. Mario Ritter plays some of the new music.

MARIO RITTER: That is "Freedom at 21" from Jack White's new album "Blunderbuss." Third Man Records released it as a single in a most unusual way. In early April, White took one thousand vinyl copies of the recording, tied them to helium balloons, and let them float up to the sky over Nashville, Tennessee. Only a few have been recovered and some of those are being offered e-Bay.

Jack White in June 2011
Jack White was featured in Interview Magazine this month. The magazine asked him who he wanted as his questioner. White chose the second man to step on the moon, Apollo Eleven astronaut Buzz Aldrin. The musician tells Aldrin about his interest in space. He says, "I write a lot about the moon --- I even wrote a song about it for the new record. So it was important for me to speak to somebody who has actually been there."

Some critics have claimed the new album is all about Jack White's recent separation from his wife, singer/songwriter and model Karen Elson. The two split in two thousand eleven. But the situation did not seem angry or hateful. In fact, last summer, the couple had a party to celebrate their sixth anniversary and the ending of their marriage. And his company Third Man Records released her first album. So the song "Love Interruption" from "Blunderbuss" is probably not about Jack White's failed marriage.

"Blunderbuss" entered Billboard Magazines Top Two Hundred Albums list this week at number one. Jack White is touring now in support of the new album. We leave you with Jack White performing "Take Me with You When You Go," from "Blunderbuss."

Join us again next week for music and more on American Mosaic in VOA Special English.