Retirement Savings Rule 2: Plan for Your Future Goals and Needs

Update Required To play the media you will need to either update your browser to a recent version or update your Flash plugin.
By VOA
2011-11-3 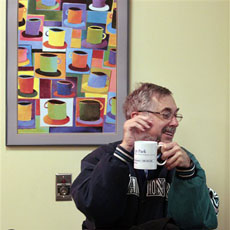 Last week, we discussed limiting investment risk in retirement planning. So what are financial planners advising people to invest in?

Stocks and bonds are the best known investments and are important to any savings plan.

Instruments like savings accounts and certificates of deposit pay a small rate of interest. They carry little risk.

Annuities are another savings instrument with low risk.

PETER D'ARRUDA: "Worldwide people can put their money in annuities, which are basically savings accounts offered by insurance companies."

But financial planner Pete D'Arruda also says it is important to make a decision about an annuity with a good financial planner. He warns that annuity agreements can be complex, and many bad ones are available.

PETER D'ARRUDA: "So true asset allocation is having some in stocks, some in bonds, some in mutual funds, but then some in other places with guaranteed income and then safety and liquidity kind of accounts for emergencies."

This method of savings follows the old saying you should not ‘put all your eggs in one basket.' But that is not for everyone.

Sande Taylor is with investment company Charles Schwab in south Florida. She advises investors every day. She says many investors have a personal style. There are conservative investors.

SANDE TAYLOR: "A conservative investor by definition typically has eighty percent of their portfolio within fixed income markets and cash."

Even in retirement, Sande Taylor says, some people have their entire financial portfolio, or set of investments, in stocks. They are the aggressive investors.

In saving for retirement, there can be a difference between what people believe and what they actually do.

In a recent Charles Schwab study, most Americans said they believe it would be easier to save for retirement if they were single. But the study found that eighty-five percent of married people had started saving, while only two thirds of singles had.

SANDE TAYLOR: "The younger individuals look at it and think, ‘Well retirement is so far away, I'd rather focus on my shorter term goals.'"

But she says there are big gains to be made by starting early and planning for the future.

SANDE TAYLOR: "If you start in your twenties, you have the ability to actually contribute less per contribution, and achieve a higher longer term goal because that money is compounding over a longer period of time."

The important thing, says Sande Taylor, is to identify your retirement goals and lifestyle. That means realistically planning for how much you will spend. Ms. Taylor advises people to expect to have eighty-five percent of the expenses they had when they were working. And, she says, healthcare costs should be a major consideration.