Update Required To play the media you will need to either update your browser to a recent version or update your Flash plugin.
By Cynthia Kirk
2011-2-19 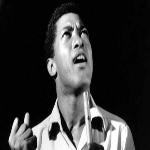 SHIRLEY GRIFFITH: The song is called "You Send Me." It was written and sung by a young singer and songwriter, Sam Cooke.

During the late nineteen fifties and early sixties, Sam Cooke was one of the biggest stars in the music industry. His smooth voice and musical style were popular with both blacks and whites. His influence still is present in today's music.

RAY FREEMAN: Sam Cooke was born in Clarksdale, Mississippi, in nineteen thirty-one. He grew up in Chicago, Illinois. His father was a minister in a Baptist church. Sam started singing religious music when he was only fifteen years old. When he was nineteen, he became the lead singer of a famous gospel singing group called the Soul Stirrers. 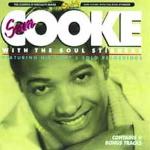 He became gospel music's biggest star while singing with the group the Soul Stirrers.

In nineteen fifty, he began writing and recording for the Soul Stirrers. During his six years with the group, Cooke brought his own kind of expression to gospel music. He became gospel music's biggest star. His good looks and singing abilities made him very popular among women, both young and old.

Here is Sam Cooke with the Soul Stirrers singing "Touch the Hem of His Garment."

SHIRLEY GRIFFITH: Although Sam Cooke was a star with the Soul Stirrers, he wanted to sing other kinds of music. So, he decided to sing popular music instead.

Cooke's decision to "cross over" to pop music shocked many blacks. That was because making such a change was not as easy then as it is today.

Racial tensions were high between blacks and whites in the nineteen fifties. And gospel music was popular among black people. It was considered an important part of black culture.

The company that recorded the Soul Stirrers' records urged him not to start singing pop music. They thought it would offend the group's fans.

RAY FREEMAN: Cooke, however, wanted to sing to all groups of people. He wanted to express his racial identity without offending whites. At that time, most records by black artists were not played on radio stations that had white listeners. So, he left the gospel music world where he was extremely popular with blacks. But the move was not a mistake. He soon became a big star singing pop music. 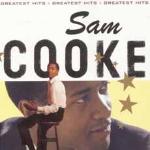 His smooth voice and musical style were popular with both blacks and whites.

Sam Cooke's first pop record was released by a small company, Keen, in nineteen fifty-seven. It was "You Send Me." It was a huge success. It sold one million seven hundred thousand copies in the first year alone. It is one of his most memorable recordings. Here is the first version he recorded of that song. It was made to show Cooke's ability to sing.

SHIRLEY GRIFFITH: Sam Cooke had a voice that was unlike any the public had ever heard. His voice was soft, yet intense. He made singing seem effortless.

Cooke was also a wise businessman. In nineteen fifty-nine, he became the first black artist to establish his own record company, SAR Records. He wrote most of his own material. And, he owned the rights to his songs through his music publishing company, Kags Music. Very few blacks at that time were able to control their musical profession in such a way. And, without such business control, they lost money.

Here is another hit by Sam Cooke, when he was with the Keen record company, called "Wonderful World. "

Cooke had a number of big hits at RCA. In this song, Sam Cooke uses a "call and answer" form of musical expression that started in the black church. The song is called "Bring it on Home to Me. "

In nineteen sixty-two, Sam Cooke recorded a song for RCA about a popular new dance step, the Twist. The song is called "Twistin' the Night Away. " 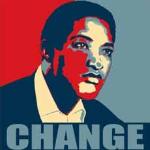 His song "A Change is Gonna Come" was released after his death.

SHIRLEY GRIFFITH: In December nineteen sixty-four, Sam Cooke's life was suddenly cut short. He was shot and killed at a hotel during a visit to Los Angeles. He was thirty-three years old.

His death shocked his fans. Thousands of people gathered at his funeral.

Two of Cooke's last songs were released after he died. One of the songs is called "A Change is Gonna Come." It is a powerful song that combines gospel and pop music. The song is like many of Sam Cooke's that made him so popular as a singer and songwriter. It is about never losing hope.

RAY FREEMAN: This Special English program was written by Cynthia Kirk. It was produced by Lawan Davis. I'm Ray Freeman.

SHIRLEY GRIFFITH: And I'm Shirley Griffith. Join us again next week for another PEOPLE IN AMERICA program on the Voice of America.