Update Required To play the media you will need to either update your browser to a recent version or update your Flash plugin.
By Jerilyn Watson and June Simms
2011-1-17

Photo: AP
Amelia Earhart disappeared with her navigator Fred Noonan in 1937 in a Lockheed Electra 10E while attempting a round-the-world flight. Scientists are studying bone fragments found on a South Pacific island.

CHRISTOPHER CRUISE: This is SCIENCE IN THE NEWS in VOA Special English. I'm Christopher Cruise.

CHRISTOPHER CRUISE: American scientists are attempting to recover genetic material in bone fragments that could be from Amelia Earhart. The famous pilot disappeared while flying over the southwest Pacific Ocean more than seventy years ago.

The world has changed greatly since her airplane went missing on July second, nineteen thirty-seven. But public interest in her life and death remains high.

Small bone fragments may help answer continuing questions about her death. Scientists at the University of Oklahoma are performing genetic tests at the Molecular Anthropology Laboratories in Norman, Oklahoma.

FAITH LAPIDUS: When last heard from, Amelia Earhart was seeking to become the first female pilot to fly a plane around the world. Earhart was already internationally known at the time. She had been the first woman to fly a plane alone over the Atlantic Ocean. Still, she was not satisfied.

Earhart wanted to guide her aircraft forty-three thousand kilometers around the equator. Fred Noonan served as navigator for the flight. His job was to plot the plane's movement.

Earhart and Noonan had completed their planned trip over South America, Africa and Asia when they stopped in New Guinea for fuel. After that, they seemingly did not touch land again. Their bodies and parts of their plane were never found.

CHRISTOPHER CRUISE: Bones that might help solve the mystery were discovered last year on the unpopulated Pacific island of Nikumaroro. The island was known as Gardner Island in Earhart's time. It is about three thousand kilometers south of Hawaii.

Nikumaroro Island could have been on Earhart's way to Howland Island. Her flight plan called for her to stop on Howland to refuel her specially-designed Lockheed Electra plane.

Scientists are testing bone from Nikumaroro to learn if DNA, deoxyribonucleic acid, can be recovered from it. DNA contains all the genetic information about an organism. If researchers find human DNA, it can be compared with DNA provided by a member of Amelia Earhart's family. The long-time mystery of how Earhart died could be solved if the two DNA samples show family similarities.

An organization interested in aircraft and flight history found the bone material and other objects on Nikumaroro. Volunteers who belong to the International Group for Historic Aircraft Recovery had explored the island repeatedly in the past.

Earlier explorations had found shoes and other objects. The objects might have belonged to the two-person flight team. But that has not been proven.

Volunteers for the group made the new discovery in what appears to have been a camping area. They also found a container with a woman's face make-up and glass bottles. The bottles were made before World War Two. In the same area was a knife with its blades removed. Opened seashells were nearby. There was also evidence of small fires.

FAITH LAPIDUS: A television program on the Discovery Channel tells about the group's findings and work. But an expert about Amelia Earhart's life says she did not land on an island. Instead, writer Susan Butler believes an American court declaration in nineteen thirty-nine. It ruled that Earhart died when her plane crashed into the ocean and sank.

And that is how a recent film about the pilot represents her death. The movie is called "Amelia." It is one of a long list of shows, books and films about America's lost woman hero of flight.

TIM MACK: "I was surprised by the enormous growth in medical technology."

CHRISTOPHER CRUISE: Mr. Mack says the fields of nanotechnology, biotechnology and information technology are working together to create new ways to help patients. These include better ways to provide medicine and identify disease without invasive operations.

Mr. Mack also says developments in artificial intelligence could lead to a future where disabled patients could be cared for by a voice-activated robot. 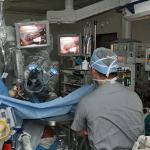 FAITH LAPIDUS: The World Future Society also publishes The Futurist magazine. Every year it examines developments in technology and other areas to predict the future. The magazine released the top ten predictions from the Outlook 2011 report.

The report said Internet search engines will soon include both text and spoken results. It said television broadcasts and other recordings could be gathered using programs developed by the Fraunhofer Institute for Intelligent Analysis.

The report also had a prediction about education. It said young people use technologies for socializing as well as working and learning. So they solve problems more as teams instead of competing. In this way, social networking is supporting different kinds of learning outside the classroom.

FAITH LAPIDUS: Health experts say chronic fatigue syndrome, also known as CFS, is a complex disorder. They say it can cause people to feel fatigued or extremely tired. CFS may also cause physical weakness, muscle and joint pain, problems with memory or thinking, or trouble sleeping. Many people with the disorder have a higher than normal body temperature. They may also have throat pain and weakness in the lymph nodes near the cervix or under the arms.

The Centers for Disease Control and Prevention estimates that between one million and four million Americans suffer from CFS. Those affected are often unable to perform at their normal level of ability. Bed rest does nothing to ease their problems. Increased physical activity often makes their symptoms worse.

CHRISTOPHER CRUISE: There is no test to confirm chronic fatigue syndrome.Instead, doctors use a patient's medical history and testing to dismiss other treatable conditions. Those who are confirmed to have the disorder must experience at least four of the symptoms of CFS for at least six months.

CFS was not widely accepted as a medical condition until the late nineteen eighties. Until then, many people who had it were said to be suffering from mental problems or stress.

It is not yet known what causes the disorder. Scientists have been studying the condition and debating its causes for hundreds of years. Some believe the cause is a viral infection.

FAITH LAPIDUS: Last month, experts urged America's Food and Drug Administration to ban blood donations from people with a history of CFS. The experts noted conflicting results concerning a possible link between the disorder and a group of viruses known as murine leukemia viruses. MLVs are a kind of retrovirus known to cause cancer in mice. They include xenotropic murine leukemia virus-related virus, also known as XMRV.

The evidence supports a two thousand nine study that found evidence of XMRV in about two thirds of CFS patients. However, similar studies have found no such link.

A recent report in the journal Retrovirology found that xenotropic murine leukemia virus-related virus is not the cause of chronic fatigue syndrome. Study organizers said the blood samples in the earlier studies had likely been mixed with DNA from mice.

The Food and Drug Administration has not made a decision about whether or not to ban blood from donors with CFS. But the American Red Cross said that, in the interest of public safety, it would no longer accept blood donations from people who admit to having the condition.

FAITH LAPIDUS: This SCIENCE IN THE NEWS was written by Jerilyn Watson and June Simms, who was also our producer. I'm Faith Lapidus.

CHRISTOPHER CRUISE: And I'm Christopher Cruise. Join us again next week for more news about science in Special English on the Voice of America.