The Rise and Fall of Mark Hurd as H-P Chief

Update Required To play the media you will need to either update your browser to a recent version or update your Flash plugin.
By Mario Ritter
2010-8-12 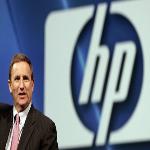 Mark Hurd got credit for building Hewlett-Packard into the world's largest technology company. H-P is the top seller of personal computers and printers. It had sales last year of almost one hundred fifteen billion dollars.

So the news out of Palo Alto, California, last Friday came to many as a shock. Mark Hurd was out.

Investigators said he had falsified expense records to hide spending on a woman who worked with H-P. Reports said the amount was about twenty thousand dollars. Mr. Hurd is married. He earned twenty-four million dollars last year.

In June the former marketing contractor, Jodie Fisher, accused Mr. Hurd of sexual harassment. Through her lawyer, she said she was "surprised and saddened" that he lost his job. She said they had settled her claim privately. The sometime actress also said they never had an "intimate sexual relationship."

H-P and private investigators found no violation of the sexual harassment policy at the company. But they did find that Mr. Hurd violated H-P's Standards of Business Conduct. These suggest that before employees make a decision, they should "consider how it would look in a news story."

Sexual harassment is one of the areas of job discrimination investigated by the Equal Employment Opportunity Commission.

H-P is paying Mark Hurd twelve million dollars plus millions more in stock options to leave. But his resignation was not the only exit from a job that was in the news this week.

A flight attendant became an overnight folk hero on the Internet.

Steven Slater apparently argued with a passenger over baggage in the overhead bin and got hit on the head. Once the flight landed in New York he deployed the emergency slide and left the plane.

Soon there was a new expression: to "hit the slide," to leave a job in a memorable way. But Steven Slater is in a lot of legal trouble and details of exactly what happened on that JetBlue flight and how he acted are still up in the air.