Just Who Was 'The Unsinkable Molly Brown'?

Update Required To play the media you will need to either update your browser to a recent version or update your Flash plugin.
By Nancy Steinbach
2010-3-7 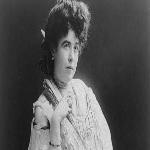 SHIRLEY GRIFFITH: And I'm Shirley Griffith. Margaret Brown was a social and political activist in the formative years of the modern American West. Her biggest claim to fame was surviving the Titanic. This week on our program, we tell the story of the woman remembered as "The Unsinkable Molly Brown."

MARIO RITTER: Margaret Brown lived an interesting life, but not all the stories about her are true. For example, a Denver newspaper reporter named Gene Fowler wrote that she survived a tornado as a baby, refused to attend school and chewed tobacco.

Fowler wrote about Brown and others in his book "Timber Line," published after her death in nineteen thirty-two.

Kristen Iversen is an English professor and author of "Molly Brown: Unraveling the Myth." She says the stories did contain some truth, though, which is that Brown went West to follow a dream and that dream came true.

In the nineteen sixty-four movie "The Unsinkable Molly Brown" she was played by Debbie Reynolds. 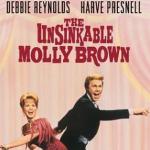 SHIRLEY GRIFFITH: The nickname "Molly" was largely a Hollywood invention, says her biographer. Kristen Iversen says Brown did not like it. The name "Molly" was often used as an insult for an Irish girl, and nobody in her own life called her that.

She was known as Maggie in her hometown of Hannibal, Missouri. She was born Margaret Tobin in eighteen sixty-seven, two years after the Civil War ended. Her Irish-born parents had socially progressive beliefs.

At that time, American women could not own property or vote. They did not get much education. And they rarely traveled far by themselves. But during her lifetime much of that changed.

MARIO RITTER: In eighteen eighty-six, Maggie Tobin left home for the town of Leadville, Colorado, to join a sister and brother who already lived there. Leadville had gold, silver and copper mines. At that time it was one of the fastest growing places in the country.

She sewed carpets and curtains for a local dry goods company.

She is shown singing in a barroom in both the movie and nineteen sixty Broadway musical "The Unsinkable Molly Brown."

KRISTEN IVERSEN: "She did have a great sense of humor. She enjoyed being around people. But she was very serious, very motivated, very hard working type of person and really a kind of good Catholic girl her entire life. And that barroom saloon girl image is pretty different from the kind of person she really was. So one thing the myth does is it really diminishes that aspect of her life."

SHIRLEY GRIFFITH: The story of her life became linked to romantic ideas about gold mining in the American West and the dream of getting rich quick.

In eighteen eighty-six Maggie Tobin married James Joseph Brown, J.J. for short. He was thirty-one years old; she was nineteen. He was a mine manager in Leadville who developed a way to safely mine for gold deeper than before.

The popular story is that J.J. got rich soon after they married. Kristen Iversen says he did become rich, but not until they had been married for seven years and had two children.

In eighteen ninety-four the Browns bought a house in Denver, Colorado. The popular story is that rich families in Denver society did not accept them because they had been poor and lacked education.

MARIO RITTER: Kristen Iversen says Denver's most conservative social club did exclude them for a time. But she says the Browns were a big part of Denver society. Margaret became involved in social and political events, hosting dinners to raise money for charities.

She traveled around the world and sent her children to school in France. She learned foreign languages and took college classes. She also began to speak out for progressive causes.

She worked toward social change through the women's reform movement. She raised money for schools and the poor. And she worked with a judge in Denver to establish the first court in the country to deal only with young people.

SHIRLEY GRIFFITH: In nineteen twelve Margaret Brown was a passenger on the Titanic on its first and only trip. The huge ship hit an iceberg and sank in the North Atlantic. More than one thousand five hundred people died, while just over seven hundred survived.

Brown was played by Kathy Bates in James Cameron's "Titanic." In this scene, she tries to get the other women in her lifeboat to go back and rescue people from the water.

CREWMAN: "Are you out of your mind? We're in the middle of the North Atlantic. Now do you people want to live, or do you want to die?"

MOLLY BROWN: "I don't understand a one of ya. What's the matter with ya? It's your men out there. There's plenty of room for more."

CREWMAN: "And there'll be one less on this boat if you don't shut that hole in your face."

In real life, Brown is credited with keeping people's spirits up in the lifeboat until they were rescued by another ship, the Carpathia.

Later, she raised money to help poor immigrant women who had been passengers on the lower levels of the Titanic. She also raised money for the crew of the Carpathia. She became president of the Titanic Survivors Club and helped build a memorial in Washington.

MARIO RITTER: So who started calling her "unsinkable"? Some say she described herself that way after the disaster. Kristen Iversen says that is not true. She says a Denver newspaper reporter first called her the unsinkable Mrs. Brown in a story. The New York Times called her the heroine of the Titanic.

KRISTEN IVERSEN: "The thing about the Titanic experience, what happened with the Titanic experience and the recognition she got from the New York Times in particular was that it gave her a platform from which to talk about some of the political and social issues --miners' rights, women's rights, the development of the juvenile court system, that sort of thing. It gave her an international platform to talk about some of those things."

She actively worked for the right of women to vote in federal elections. Colorado gave women the right to vote in eighteen ninety-three, but that did not happen nationally until nineteen twenty. Brown ran for Congress twice in the early nineteen hundreds but lost both times.

SHIRLEY GRIFFITH: The popular story of Molly Brown is that she was on the Titanic returning home to a happy life with her husband. In reality, their marriage had already failed.

Kristen Iversen says one of their major problems was that Brown was socially progressive and her husband was not.

The couple never legally divorced because of their Catholic faith, but they did sign a separation agreement. J.J. Brown died in nineteen twenty-two.

MARIO RITTER: During World War One, Margaret Brown went to France to help with the American medical ambulance system. She earned the French Legion of Honor for her work with the American Committee of Devastated France.

In the last years of her life, she traveled and performed on the stage. She also studied and taught acting. In nineteen twenty-nine she received the Palm of the Academy, a French honor, in recognition of her work in dramatic arts.

Margaret Brown died in nineteen thirty-two while staying at the famous Barbizon Hotel in New York City. She was sixty-five years old. The discovery of a brain cancer after her death explained the severe headaches in the final years of her life.

SHIRLEY GRIFFITH: In nineteen seventy, the city of Denver bought the house where she had lived. Each year about fifty thousand people visit the Molly Brown House. They learn how a wealthy American family lived at the start of the twentieth century. And they learn about the real Molly Brown.

To biographer Kristen Iversen, Brown represents other women who also worked for social progress but whose lives "are invisible to history." So what lesson is there to learn from the myth of "The Unsinkable Molly Brown?"

KRISTEN IVERSEN: "I think the story in some ways tells us what we want to think of ourselves as an American. That is, this kind of pull-yourself-up-by-your-bootstraps, that with enough determination and hard work that you can transcend limitations of money or class or gender. And that's part of the myth and I think that's also part of the reality of her story.

"So it's a very inspirational story. There are so many aspects of the myth that are not true. Yet I think the myth story itself speaks to her spirit and speaks to some of the ways we like to think of ourselves as Americans."

SHIRLEY GRIFFITH: And I'm Shirley Griffith. Transcripts, MP3s and podcasts of our programs are at 51voa.com, where you can also post comments. Join us again next week for THIS IS AMERICA in VOA Special English.