Update Required To play the media you will need to either update your browser to a recent version or update your Flash plugin.
By Caty Weaver
2010-4-4 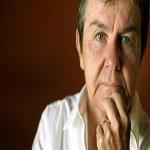 STEVE EMBER: And I'm Steve Ember. April is National Poetry Month in the United States. This year is the fifteenth celebration of the event. We tell about how America will be celebrating poetry this month.

FAITH LAPIDUS: Poets, schools, publishers, booksellers and libraries will hold readings, competitions, book displays, educational events and other activities in honor of National Poetry Month. They will celebrate poetry and its important place in American culture.

The Academy of American Poets created National Poetry Month based on the success of Black History Month. The Academy's goals are to bring attention to the great work of poets in the past and today. The Academy also wants Americans to know the pleasure of reading poetry. And it wants poetry to be a more important part of school educational programs. It also hopes to persuade the public to buy more poetry books and donors to help support poetry organizations.

STEVE EMBER: The United States Library of Congress appoints an official poet, called the Poet Laureate, every one to two years. Many of them have created new ways to celebrate National Poetry Month. 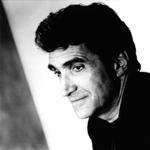 For example, in April of nineteen ninety-eight, Poet Laureate Robert Pinsky launched the Favorite Poem Project. He asked Americans to send in their favorite poems. Thousands of men, women and children did. The Favorite Poem Project collected video of Americans from all backgrounds, ages and places reading their favorite poems and talking about them.

Seph Rodney, a photographer in California, was one of them. Here he reads part of Sylvia's Plath's poem, "Nick and the Candlestick."

FAITH LAPIDUS: Mister Rodney says he had never considered poetry a very real way of using language. He thought of it as high-minded or self-important.

But, then, he says he came home one night feeling lonely and upset. He had been on an unsuccessful date with a girl he really liked. He picked up a book of Plath's poems and began to read.

SEPH RODNEY: "It was powerful. It was rough. It was bitter. It was caustic. It was, at the same time, really urgent about a need for love."

Mister Rodney says he was surprised that this poet who came, in his words, from a very well-heeled New England existence, could move him, a Jamaican immigrant man.

SEPH RODNEY:"You could hardly get two people in the world more distant in terms of social, economic, intellectual, and religious realities. But she spoke to me...she spoke to me. She spoke, it seems, directly to my life."

FAITH LAPIDUS: Mister Rodney said that Sylvia Plath helped open up the wider world of poetry to him.

STEVE EMBER: Poet Laureate Ted Kooser also had ideas about expanding the reach of poetry. He served as Poet Laureate from two thousand four to two thousand six. Mister Kooser has family in the news business. So his poetry project was connected to the media. Ted Kooser started a weekly poetry column he provided free to newspapers and online media. He uses poems by current poets. Most of the poems are short and not complex.

Mister Kooser's project is called American Life in Poetry. He launched it in two thousand five with support from the Poetry Foundation. He said he wanted to show average Americans that there is something in poetry for them.

Ted Kooser says there was a time when poetry was a usual feature in newspapers. People would cut out poems they liked and save them.

In a recent American Life in Poetry column, he writes about the poem "Betrayal" by Andrea Hollander Budy. He says the poet shows a married couple suffering from things done and undone. Here is part of the poem.

Kay Ryan said she wanted to celebrate the fact that all over America, community colleges save lives and minds. And, she says, they do it with very little financial support.

She says she cannot think of a more efficient, hopeful or fair machine, except maybe the bicycle.

STEVE EMBER: The Community College Humanities Association teamed with Miz Ryan and the Library of Congress for Poetry for the Mind's Joy. David Berry is executive director of the association. He also teaches history at Essex County College in Newark, New Jersey. Mister Berry says at least one hundred ten community colleges across the nation took part in the poetry competition. A winning poem was chosen from each school.

One of the winners is nineteen year old Nicholas Godfrey from Rome, Georgia. He has been studying for two years at Georgia Highlands Community College. Next, he will attend the University of Georgia to continue writing and graduate with a degree in English.

NICHOLAS GODFREY: "Writing's something I've always done. My imagination kind of turned into words, and I'd start putting those words on a page."

FATIH LAPIDUS: Lena Reyna is a student in Stockton, California. She will graduate from the two-year college, San Joaquin Delta, in May. San Francisco State University has already accepted Miz Reyna for the fall. But she is waiting to hear from two other schools, including her first choice, the University of California at Berkeley. Lena Reyna says her parents introduced her to poetry at a young age.

LENA REYNA: "I had an Edgar Allan Poe coloring book [laughs] when I was like five. And, as well as Shakespeare and theater in the community."

This is Lena Reyna reading part of her winning poem, "The Weight of Words in Reverse."

FAITH LAPIDUS: The Library of Congress is planning to post the winning poems as an online collection on its Poetry for the Mind's Joy Web site. Perhaps a future Poet Laureate is among the student writers.

LENA RENYA: "I want to continue putting poetry out there. I think it's a very powerful form of expression. There was a time when poetry was really cool...and I want to bring that back again."

STEVE EMBER: This program was written and produced by Caty Weaver. Brianna Blake was our reader. I'm Steve Ember.

FAITH LAPIDUS: And I'm Faith Lapidus. You can find a link to the Library of Congress' poetry site at 51voa.com. You can also comment on our programs. Join us again next week for THIS IS AMERICA in VOA Special English.