Update Required To play the media you will need to either update your browser to a recent version or update your Flash plugin.
By Demange
2011-8-9 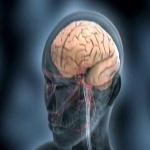 Three authors write about the brain and its development.

STEVE EMBER: And I'm Steve Ember with EXPLORATIONS in VOA Special English. Today we discuss three books that tell about ways the human brain works. One book considers the power of the brain in controlling why some people care about how someone else feels and why others do not. Another book describes how the limitations of the brain can affect our lives. The third book is about how the brain develops in a baby.

SHIRLEY GRIFFITH: Psychology professor and researcher Simon Baron-Cohen wrote a book called "The Science of Evil: On Empathy and the Origins of Cruelty." His book asks why it is that human beings are capable of evil behavior towards each other. He says the word "evil" is less helpful in offering a scientific explanation. Instead, he chooses to use the word empathy. We spoke with Professor Baron-Cohen about his book using Skype.

SIMON BARON-COHEN: "If we are trying to do science, we should move away from the concept of evil as an explanation of cruelty and instead use the framework of empathy. Because empathy is something you can measure scientifically. And you can measure it at the psychological level using questionnaires or psychological tests. You can also measure it using the new brain scanning technology, MRI. In that respect, you can also move forward and move deeper."

SHIRLEY GRIFFITH: Simon Baron-Cohen defines empathy as the ability of a person to identify what someone else is thinking or feeling and to react with an appropriate emotion. He says people who do evil acts are showing a lack of empathy. This can be temporary, or part of a more permanent condition.

STEVE EMBER: Professor Baron-Cohen and his research team developed a way to measure individual differences in empathy. They found that most people have average levels of empathy, but some people have extremely low or high levels.

SIMON BARON-COHEN: "In my book I call this the empathy bell curve. And part of what I'm exploring in the book is what determines where an individual scores on this empathy bell curve. Why do some people score much lower or much higher than other people."

STEVE EMBER: Empathy is linked to physical areas of the brain. Medical imaging technology has identified at least ten parts of the brain that are active when people empathize. And, these areas are less active in people with little or no empathy.

Why would someone lack empathy? Professor Baron-Cohen offers evidence suggesting that zero empathy can be the result of environmental, social and genetic conditions.

The question of empathy is a meaningful one in the field of psychology. Lack of empathy has an influence on borderline personality disorder, narcissism and psychopathy and the developmental disorder autism.

SHIRLEY GRIFFITH: Professor Baron-Cohen says borderline personality disorder, narcissism and psychopathy are described as personality disorders. But he says psychiatric experts could instead define them as empathy disorders. This could open up new ways of studying and treating these disorders. Recognizing the importance of empathy could also change the way legal and psychiatric experts consider and treat people who commit acts of cruelty. But this recognition goes far beyond psychiatry. The writer says empathy is one of the most valuable resources in our world.

SHIRLEY GRIFFITH: That was Professor Baron-Cohen speaking to us with Skype. He says it is important to recognize the value of empathy in areas like politics, education and law, as well as psychiatry.

STEVE EMBER: Dean Buonomano is a brain specialist at the University of California, Los Angeles. He works in the Departments of Neurobiology and Psychology and the Brain Research Institute at UCLA.

His book "Brain Bugs" explores how the human brain is one of the best pieces of technology ever created. But at the same time, he shows how a normal, healthy brain is also built with weaknesses and limitations. Professor Buonomano borrows the word "bug" from computer programming to describe the errors which the brain can make.

SHIRLEY GRIFFITH: One reason for these ‘bugs' is evolution. Human brains developed over hundreds of thousands of years to be skilled at finding food, shelter and protection from threats. Yet evolution did not fully prepare the brain for the many demands of the modern world.

STEVE EMBER: Professor Buonomano discusses how and why the brain can play tricks on us in decisions involving memory, time and judging threats. Sometimes these mistakes can have serious effects, like a victim who wrongly identifies her attacker to police.

At other times, the mistakes are harmless. For example, one study found that most people choose to receive one hundred dollars immediately over receiving one hundred twenty dollars in a month. While waiting could lead to more money, most people would want the payment now. Dean Buonomano says that, for human ancestors, the immediate need for food was more important than the future need. So, our brains often want an immediate action instead of having to wait for a reward.

Professor Buonomano explains the causes of many kinds of brain bugs and gives examples of their everyday results. And, he offers ideas for how understanding our brain bugs can become a tool for improving our mental powers.

SHIRLEY GRIFFITH: John Medina is a developmental molecular biologist in Seattle, Washington. His book is called "Brain Rules for Baby: How to Raise a Smart and Happy Child from Zero to Five." The book gives scientific information about how a brain develops from its creation to the age of five years. 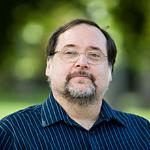 Professor Medina says parenting is all about brain development. He says what science tells us about the brain gives parents good information for raising smart, happy children.

STEVE EMBER: Many parents ask the professor what they can do to improve brain function before birth. A mother's actions have a big effect on how her baby develops. He says one of the most important things is for the mother to avoid severe levels of stress.

JOHN MEDINA: "The maternal stress that is felt, that stress hormone -- one of them is called cortisol -- can actually leach into the womb. And, at certain stages of development can actually go into the brain of the baby and rewire the brain of that baby in such fashion that it now becomes stressed."

STEVE EMBER: John Medina says it is important for a pregnant woman to gain the right amount of weight and eat healthful foods so that her baby will develop normally.

SHIRLEY GRIFFITH: His book also discusses the science behind a child's intelligence after birth. He says one of the best things parents can do for their baby has to do with their own relationship. Studies show marriage conflict increases greatly after a baby is born. This can result from new pressures on the parents and lack of sleep. Professor Medina says what conflict the baby witnesses can be important.

JOHN MEDINA: "If you make up in public, by that I mean in front of your child, with the same frequency that you fight in front of your child, the child's nervous system develops beautifully. It doesn't matter how much fighting you guys do. In fact, I would argue that if kids could actually see real live conflict going on that is both frank but also resolvable, it teaches the child to begin to have better conflict resolution."

SHIRLEY GRIFFITH: Parents can do other things to help support the mental development of their baby. These include breast feeding and talking and playing with the child. [John Medina says it is wise to avoid television at an early age and not to pressure children to learn.]

STEVE EMBER: As for happiness, Professor Medina says it is important for parents to help children develop language skills to express their emotions.

JOHN MEDINA: "What a parent does when their child's emotions run hot profoundly influences how that child's emotional regulation occurs decades later, no kidding."

STEVE EMBER: He also says parents can help create a healthy emotional life for small children by being watchful and responsive to their needs. He adds that parents need to recognize and not judge the child's emotions.

Finally, John Medina tells about research that shows the single best predictor of happiness is having friends. He says parents should help children learn to control and understand their emotions because this leads to deeper friendships.

STEVE EMBER: And I'm Steve Ember. Our programs are online with transcripts and MP3s at 51voa.com. And you can find us at Facebook and YouTube at VOA Learning English. Join us again next week for EXPLORATIONS in VOA Special English.