Turning Images Into Sensations to Assist the Blind

Update Required To play the media you will need to either update your browser to a recent version or update your Flash plugin.
By VOA
2010-10-12 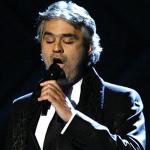 Photo: AP
Italian Andrea Bocelli is just one of the great singers and musicians who happen to be blind

Years ago, scientists began to learn that certain parts of the brain had certain duties. For example, one part was responsible for breathing; another dealt with the sense of smell.

Scientists thought our brains could not change. But then they discovered that the brain could sometimes reorganize itself when conditions required.

Josef Rauschecker is a professor of physiology and biophysics at Georgetown University in Washington. He wondered if this ability to change could explain the idea that other senses in blind people improve to balance their lack of vision.

JOSEF RAUSCHECKER: "The stories about [the] disproportionate number of blind musicians, for example. Just think of Ray Charles, Stevie Wonder, so many. Andrea Bocelli, if you prefer classical music."

The visual cortex is the part of the brain that processes sight. But earlier research by Professor Rauschecker and other scientists found that it can also do other jobs. The research showed that the brains of blind people can use the visual cortex to process sound and touch.

But the visual cortex is divided into separate parts, or modules. Each module normally performs different jobs related to vision.

JOSEF RAUSCHECKER: "Now the question is: Do blind people have that same or similar functional organization, that these modules actually stay put and just get rededicated to touch and hearing? And the answer is yes."

The machine recorded brain activity as twelve blind people and twelve sighted people performed tasks involving sound and touch. For example, they would try to decide which direction sounds were coming from, or which finger was feeling gentle vibrations.

Professor Rauschecker says large parts of the visual cortex became active during the sound and touch tests, but only in the blind people.

He says this study and earlier research has led to an experimental device designed to help the blind. It can process images taken by a camera into sensations that could be used by a blind person wearing it.

JOSEF RAUSCHECKER: "So what we're hoping to do is build this device that would transform basically visual information into auditory information and then tap this amazing reservoir of the blind brain to process sounds and tactile information."

The study is in the journal Neuron.

And that's the VOA Special English Health Report. You can find transcripts, MP3s and podcasts of our reports at 51voa.com. You can also follow us on Facebook and Twitter at VOA Learning English. I'm Jim Tedder.