Update Required To play the media you will need to either update your browser to a recent version or update your Flash plugin.
By Dana Demange
2011-6-7

STEVE EMBER: And I'm Steve Ember with EXPLORATIONS, in VOA Special English. Today we talk about two hugely influential computer software tools. Auto-Tune is a software program that can correct the sound quality of musical recordings. Adobe Photoshop is a computer editing program for digital images. These programs have changed the way people make music and take pictures. Their effects can be experienced in nearly all current popular music and digital photography.

BARBARA KLEIN: The best way to explain how Auto-Tune works is to listen to an example of its pitch correction ability. That was an example of a singer purposely performing off key. The recording came from the company Antares Audio Technologies, which makes Auto-Tune. Here is the same song after being corrected with Auto-Tune.

STEVE EMBER: Marco Alpert works at the California-based company. We asked him to explain how Auto-Tune works.

MARCO ALPERT: "At its simplest level, basically Auto-Tune is constantly monitoring the pitch of whatever it is you are tuning, let's assume it's a voice for the purpose of this. It's listening to the pitch that the voice is singing and it's comparing that pitch to what's called the target pitch."

MARCO ALPERT: "The key issue is how quickly it makes that change."

BARBARA KLEIN: The correction rate can be set so that a correction is not easy to identify, like in the example we heard earlier. Or, it can be set to correct a pitch in a way that makes a robotic sounding effect.

The singer Cher is said to have been the first major artist to use this extreme Auto-Tune effect in her nineteen ninety-eight song "Believe."

BARBARA KLEIN: Many hip-hop artists have made use of this Auto-Tune vocal effect. One of the most well known users is the artist T-Pain. There is even an i-Phone App called "I am T-Pain." It lets users record and play back their voice using this Auto-Tune effect.

STEVE EMBER: The Gregory Brothers is a band based in Brooklyn. The group has become popular on the Internet for its creative and funny use of this software. Its collection of YouTube videos is called "Auto-Tune the News."

To make the videos, members of the band took video recordings of famous politicians and broadcasters and changed their voices using Auto-Tune.

(SOUND: The Gregory Brothers and Hillary Clinton on "Auto-Tune the News")

STEVE EMBER: The politicians and broadcasters seem to be singing with members of The Gregory Brothers band.

BARBARA KLEIN: This was probably not the use Andy Hildebrand had in mind when he invented the software. Mr. Hildebrand began his career as an engineer. He developed computer-based systems for oil exploration. After retiring from this industry, he decided to study music. He used his knowledge from the oil industry to invent a computer program for musicians.

Mr. Hildebrand later formed a company to create other music software. His company, Antares, released Auto-Tune in nineteen ninety-seven. There are other software programs that correct pitch and other parts of a musical work, but Auto-Tune is one of the best known.

STEVE EMBER: To better understand Auto-Tune's use in the music industry, we spoke to Jim Klein. He is a composer, producer and recording engineer. He also is program director of the Music Industry Program at Drexel University in Philadelphia, Pennsylvania. We asked Mister Klein about pitch correction software. He said like any tool, it can be used well or abused.

JIM KLEIN: "Professionally, I think the danger is that you don't want people to think that you reach for the Auto Tune as an automatic part of the process."

STEVE EMBER: Mr. Klein says engineers, singers, and people starting careers in the music industry are starting to use Auto-Tune instead of aiming for a great performance.

JIM KLEIN: "I think that people are starting to expect the software to do work that they could do themselves. It starts to become a substitute for the kind of discipline and, frankly, technique that was expected of an artist."

BARBARA KLEIN: Mr. Klein also notes that making corrections to recorded songs is nothing new. He says Auto-Tune has just made the process easier. But used the way that it was meant to work, Auto-Tune is a great tool to have in the recording studio.

JIM KLEIN: "You know, I'm glad there is an Auto-Tune. I've certainly used it on projects where it has not at all interfered with the artistic integrity of the project."

BARBARA KLEIN: Jim Klein says the software enables skilled men and women to sing with full emotion and capture a magical performance. A great performance with a minor mistake can be corrected thanks to Auto-Tune, instead of being unusable.

Professional singers have different opinions about pitch correction software. Some refuse to use it for recording or performing. They believe that such corrections can remove the honesty and emotion in a performance. Others commonly use such software. And then, there are also famous people today who could not have performed their songs without the help of Auto-Tune.

STEVE EMBER: The story of Photoshop began in nineteen eighty-seven. Thomas Knoll was a student in computer engineering at the University of Michigan. He developed a program to show grayscale images on his black and white computer screen. His brother John became very interested in the program Thomas had created.

John Knoll worked in California as a special effects expert for movies. The brothers worked together to expand on the ability of this computer software to change and edit digital images. They later partnered with the company Adobe to sell their program. Photoshop was first released for sale in nineteen ninety.

BARBARA KLEIN: Today, digital photography has widely replaced photography using film. And, Adobe Photoshop has replaced the darkroom, where photographers used to develop their pictures. The software lets users change images in ways that would have been impossible using traditional darkroom methods. The latest version of Photoshop is called CS5. It costs about seven hundred dollars. 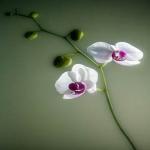 In this picture, Will Crocker combined two photos to give a "painted" effect.

STEVE EMBER: Will Crocker has been working as a photographer in New Orleans for over thirty years. Much of his work is for advertising. He takes many photographs of buildings and other structures.

WILL CROCKER: "With today's digital cameras and the options that Photoshop gives you, you kind of have more colors on your palette creatively. You have more choices to make and I really, really like that."

BARBARA KLEIN: For example, Mr. Crocker can take a picture of a room using natural daylight. Then, he can turn on lights that are a different color temperature, and take a picture. He then combines those two images of the room using Photoshop and creates exactly the color of light he wants for the finished work.

The software enables a photographer to change the color, brightness, shape, size, and format of an image. It can be used to remove and add elements or create an endless number of artistic effects.

STEVE EMBER: We asked Mr. Crocker if he has to make moral judgments about how much to change an image. He said he is very careful to represent the objects he photographs in the best way possible, but not in such a way that the image tricks other people. 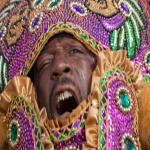 Photoshop is commonly used in the fashion industry to smooth a person's skin and make a person seem thinner. It is often difficult to tell when these changes have been made to a picture. But photojournalists face a much more demanding set of moral and professional requirements about making digital changes to their work. Changing a photograph in a way that is dishonest can cost a photojournalist his or her career.

BARBARA KLEIN: We asked Mr. Crocker if Photoshop makes the work of a photographer less demanding. He said that the opposite was true. With Photoshop, he says, there is no limit to the amount of work a photographer can put into an image. Still, he has great respect for this program.

WILL CROCKER: "I think that Photoshop is one of the greatest things that's ever been invented. When you look at that list of people that contributed to the current version, it's thirty or forty names. And I bet for every one of those people, there are maybe hundreds of others that contributed in some way. It's really like a modern day intellectual pyramid that's has been constructed."

BARBARA KLEIN: Mr. Crocker says Photoshop has given him more creative choices in being able to make things look the way he sees them.

WILL CROCKER: "There's nothing else like it. I'm kind of in awe that we have this to play with."