Update Required To play the media you will need to either update your browser to a recent version or update your Flash plugin.
By VOA
2012-1-17 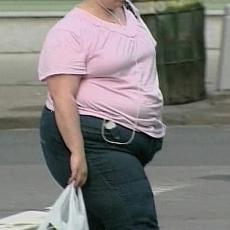 A researcher says calories, and not protein, increased body fat in a study in which 25 people were overfed

How many calories we eat appears more important than what we eat when we eat too much. That was the finding of a new study that should be satisfying to anyone who counts calories for weight control.

More than one billion adults are overweight. The World Health Organization calls obesity a global epidemic. On Tuesday, government researchers reported the latest estimates for the United States. The good news: obesity rates have not increased much in recent years. The bad news: they have not decreased either. More than one-third of adults were obese in two thousand nine and two thousand ten.

Anyone who has ever tried to lose weight knows there are all kinds of conflicting diet plans. Some tell people not to eat carbohydrates. Others say not to eat fats. Still others say to eat more protein. Or to eat less protein.

Dr. George Bray at the Pennington Biomedical Research Center in Louisiana led the new study. He wanted to know if protein in food affects weight gain.

Twenty-five healthy adults were in the study. They were overfed by almost a thousand calories a day over an eight-week period. Calories in food are a measure of energy.

One of those in the study was Daniel Kuhn.

DANIEL KUHN: "I was eating a lot of real butter, for instance, real whipped cream and things of that nature that I don't normally indulge in."

The people followed diets with low, normal or high levels of protein. Normal was defined as fifteen percent of energy from protein.

Dr. Bray says all of them gained weight.

GEORGE BRAY: "Fat storage was exactly the same with all three levels of protein. It was the calories that they ate that affected the body fat that they stored."

The study found that those who ate a higher percentage of protein gained more lean body mass. The opposite happened on a low protein diet.

GEORGE BRAY: "If your protein intake's low, you'll actually lose body mass even though you're eating an excess amount of calories."

Dr. Bray tells his patients to weigh themselves regularly so they can know quickly if they gain weight.

His study on protein, calories and weight gain appeared in the Journal of the American Medical Association.

Dr. Dariush Mozaffarian at the Harvard School of Public Health studies the relationship between diet and conditions like heart disease and diabetes. He says keeping a healthy weight is not just about eating less, but also about what you eat.

DARIUSH MOZAFFARIAN: "We don't need to go down a list of 'avoid this, avoid that' -- become, you know, food police. It's really actually mostly foods that should be increased. It's fruits, vegetables, whole grains, fish, vegetable oils and nuts."

He says increasing these six foods by about one serving each day would reduce obesity and help slow the epidemic of obesity-related diseases.

And that's the VOA Special English Health Report. You can find a video about the study at 51voa.com. I'm Faith Lapidus.