What Happened to Life of Promise for NY Bomb Suspect?

Update Required To play the media you will need to either update your browser to a recent version or update your Flash plugin.
By Brianna Blake
2010-5-7 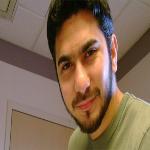 Personal photos show Faisal Shahzad smiling. And why not? The young man built a promising life in a new land. He became an American citizen a year ago. He had an American-born wife from a family in his native Pakistan. He had two children and a house. A master's degree from an American school. And a job with an international marketing company in Connecticut.

But the image of his life started to change.

He got married six years ago in Peshawar. A wedding guest told the New York Times that he had shown no sign then of being extremist or even at all religious. But the guest said in the last year or two he began talking more about Islam and "lost his way" in a struggle with financial problems.

In February he returned to the United States without his family after a five-month visit to Pakistan.

Now investigators have been working to piece together a complete picture of Faisal Shahzad. They say he has admitted driving a car bomb into heavily crowded Times Square in New York City last Saturday. The device failed to explode.

The thirty-year old suspect was arrested Monday and officials described him as cooperative. He reportedly said he received bomb-making training in the Waziristan area of Pakistan. At first the Pakistani Taliban claimed responsibility for the failed bombing. But on Thursday it denied any link to Faisal Shahzad. If found guilty of the charges against him, he could face life in prison.

The United States is talking to Pakistan about the investigation.

The suspect was born in a tiny northwestern village to an upper-middle class family. His father was a high-level air force officer in the Pakistani military.

The bomb in the sport utility vehicle included propane tanks, gasoline and fireworks. Jim Cavanaugh is a bomb expert who worked for the Bureau of Alcohol, Tobacco, Firearms and Explosives.

JIM CAVANAUGH: "Well, when you see the device, what comes to mind immediately is that you have a whole lot of desire but not a whole lot of technical ability."

Faisal Shahzad was quickly identified and arrested fifty-three hours after the attempt in Times Square. But like many cases, luck also seemed to play a part.

As officials describe it, they lost him for a time. He fled to New York's Kennedy Airport and bought a ticket to Dubai. He was on his way to Pakistan. He was arrested as the plane was about to leave the gate.

Later, once the plane left the gate, it was ordered to return for further investigation.

AIR CONTROLLER: "Emirates 202, [unclear] actually I have a message for you to go back to the gate immediately."

Officials had added Faisal Shahzad to a no-fly list hours earlier. Now, airlines will have to check the no-fly list within two hours of being told of additions, instead of twenty-four hours.

What happened in New York a week ago has added to calls for new laws to deny gun and explosive purchases to suspected terrorists. A government report this week said people on a terrorism watch list legally bought guns and explosives more than one thousand times in the past six years.