What Happens When TB Becomes Untreatable?

Update Required To play the media you will need to either update your browser to a recent version or update your Flash plugin.
By VOA
2012-1-31 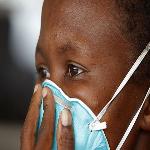 Photo: AP
A woman suffering from tuberculosis covers her face at a clinic in the township of Khayelitsha, on the outskirts of Cape Town, South Africa

In December, doctors in Mumbai, India, reported about a group of patients with what they called "totally drug-resistant" tuberculosis. Indian health officials have been investigating these cases. But there have been reports of untreatable cases of TB in the past. Doctors reported fifteen patients in Iran in two thousand nine and two patients in Italy in two thousand seven.

Tuberculosis is a bacterial disease that usually targets the lungs. It causes an estimated five thousand deaths each day, or about two million a year.

TB can be spread through the air when an infected person coughs or sneezes or even speaks.

Some forms of TB bacteria no longer react to one or more of the antibiotics commonly used to cure the disease. These are known as drug-resistant strains. Some resist even more drugs. The World Health Organization says sixty-nine countries have reported cases of "extensively drug-resistant" tuberculosis. The WHO says at least twenty-five thousand such cases are reported worldwide every year.

The agency's director-general, Dr. Margaret Chan, is concerned about the spread of drug-resistant TB.

MARGARET CHAN: "Call it what you may, a time bomb or a powder keg. Any way you look at it, this is a potentially explosive situation."

Officials say drug-resistant TB has been a growing problem in countries like India and China. In many cases, doctors misdiagnose patients or give them the wrong treatment or not enough treatment. Misuse of these antibiotics increases the danger that the bacteria will develop resistance to them.

Neeraj Mistry is a public health doctor. He says surveys show that very few Indian doctors are treating TB patients with the right drugs for the right length of time. Another problem is that patients may not take all of their medicine.

NEERAJ MISTRY: "The emergence of totally-resistant TB is a result of failed public health intervention strategies. When we deliver ineffective treatment regimens and when we don't have full adherence and compliance to treatment, it enables the emergence of resistance within the individual."

The WHO says new, stronger TB drugs could be available by the end of this year or early twenty-thirteen.

Researchers are also working on vaccines to prevent the disease. Dr. Ann Ginsberg works at the Aeras Global TB Vaccine Foundation. She says the development process takes a long time, partly because people often do not get sick for years after getting infected with TB.

ANN GINSBERG: "So when you do a vaccine trial, you have to vaccinate people and watch them for years."