What Now for al-Qaida After Death of bin Laden?

Update Required To play the media you will need to either update your browser to a recent version or update your Flash plugin.
By VOA
2011-5-6 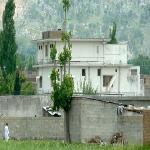 Al-Qaida on Friday confirmed the death of its leader, Osama bin Laden. The SITE Intelligence group said al-Qaida released a statement on militant websites. The statement threatened more attacks on Americans and their allies.

Al-Qaida also urged Pakistanis to rebel against their government. It urged them to "cleanse the shame that has been attached to them" by the death in Pakistan. American special-forces killed Osama bin Laden early Monday during a raid on a house where he had been living.

BARACK OBAMA: "Today, at my direction, the United States launched a targeted operation against that compound in Abbottabad, Pakistan."

President Obama announced the news late Sunday night in Washington. Abbottabad is a two-hour drive from Islamabad, the Pakistani capital, and has a large military presence. But Pakistani officials say they had no idea the al-Qaida leader was there. Mr. Obama said his death does not mark the end of the threat.

BARACK OBAMA: "There's no doubt that al-Qaida will continue to pursue attacks against us. We must –- and we will -- remain vigilant at home and abroad. As we do, we must also reaffirm that the United States is not –- and never will be -– at war with Islam."

Mr. Obama also had a message for families who lost loved ones to al-Qaida's terror.

BARACK OBAMA: "Justice has been done."

This year is the tenth anniversary of the attacks against the United States on September eleventh, two thousand one. Almost three thousand people were killed.

So now who, if anyone, will take control of al-Qaida? Osama Bin Laden's second-in-command, Ayman al-Zawahri, is considered a likely choice.

That was Ayman al-Zawahri in a message released in February. Mohamed Salah is editor of the al Hayat newspaper in London. He says Ayman al-Zawahri -- a surgeon -- is the real founder of al-Qaida. He says his experience organizing Islamists in Egypt is at least as important as the ideas and financing that Osama bin Laden provided. The two men met during the fight against Soviet troops in Afghanistan.

Now, American officials are studying documents and computers seized during the raid in Abbottabad. American officials said immediately after the raid that Osama bin Laden had been armed; they later said he was not armed. President Obama has rejected the release of photographs of the body, saying the images could incite violence. Officials say the body was buried at sea from a Navy ship.

On Friday, two United Nations investigators urged the United States to provide more details about the death. They say whether or not American forces met international human rights standards when they killed Osama bin Laden depends on the facts. And those facts, they said, need to be brought out into the open.

REED BRODY: "I think it would be very important for the US to give more information, both to show its justification for the legality and also frankly to prevent a lot of other countries from hunting down their opponents either at home or abroad and using this as justification."

And that's IN THE NEWS in VOA Special English. For more on this story, go to 51voa.com. I'm Steve Ember.