With Bedbugs, Some People See Pests, Others See Profits

Update Required To play the media you will need to either update your browser to a recent version or update your Flash plugin.
By Mario Ritter
2010-9-30 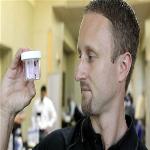 They are not even five millimeters long and cannot fly or jump. Yet bedbugs strike fear in homeowners and business owners. Well, not all business owners. Some see money in these little bloodsuckers.

MISSY HENRIKSEN: "We are now seeing bedbugs in what we would consider to be atypical locations: schools and hospitals, retail locations, movie theaters. So, as the numbers have grown, those bed bugs are spreading out and traveling along with people."

New York and other cities have outbreaks. But the United States is not the only country affected.

Jeff White is an insect expert who hosts Bed Bug TV on the website BedBug Central.

JEFF WHITE: "What has caused this rapid expansion of bedbug infestations -- and the world for that matter -- is the lack of public awareness."

Mr. White says bedbugs nearly disappeared from the United States for fifty or sixty years. Now researchers are looking for faster, safer ways to control them without the kinds of poisons used in the past.

The name is misleading. Bedbugs do not just live in beds. Mr. White says they can survive for a year without food -- that is, blood.

The industry says bedbugs as the most difficult pest to control. Treatments can cost from several hundred dollars to thousands of dollars in, say, a hotel or apartment building.

Missy Henriksen says Americans spent almost two hundred sixty million dollars on bedbug treatments last year. That was only five percent of total spending on pest control, she says, but that number does not include other costs.

MISSY HENRIKSEN: "I think the overall economic impact because of bedbugs is certainly much more significant. We're finding that businesses who have bedbugs oftentimes will close to remediate the problem."

Bedbugs have not been shown to spread disease. But they can leave itchy bite marks and cause allergic reactions in some people. 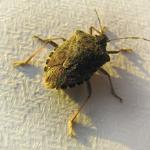 Lately, however, another bug has caught America's attention. The National Pest Management Association is now getting the most questions about stink bugs. Outbreaks have invaded homes and offices in many states.

Stink bugs are harmless except to farms and gardens. And they smell bad only if you smash them.

And that's the VOA Special English Economics Report, written by Mario Ritter. You can get transcripts, MP3s and podcasts of our shows at 51voa.com. And follow us on Facebook, YouTube and iTunes at VOA Learning English. I'm Doug Johnson.