'You Are Your Brand:' Using Social Media to Find a Job

Update Required To play the media you will need to either update your browser to a recent version or update your Flash plugin.
By VOA
2011-5-12 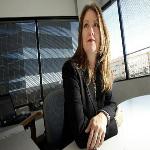 Photo: AP
Kathleen Hayes in 2004 after getting the job of vice president of marketing at California software company BlueRoads. She credited networking on LinkedIn. Since then, she has started her own Web development agency in San Francisco. How do we know? She is still on LinkedIn.

Today we share some ideas for job hunters about presenting yourself online.

Ben Kirshner is chief executive of a New York company he started in two thousand four. Elite SEM, or search engine marketing, has about twenty-five employees. Many companies use headhunters -- recruiting services that find workers for high-paying positions. But Mr. Kirshner says that can be costly.

BEN KIRSHNER: "Probably, for a one-hundred-fifty-thousand-dollar-a-year employee it would cost me in the range of ten to fifteen thousand dollars."

He saves money by advertising jobs online and using social media. Sometimes finding the right person this way can take time. But recently Mr. Kirshner posted a job on the advertising site Craigslist . He says he had one hundred fifty good candidates within four hours.

He says his company does not use sites that offer to search the Web for information about job candidates. His company does that itself. Social networks and other websites can provide a lot of details about people's lives. As Ben Kirshner points out, that may even include personal information that employment laws prevent employers from asking.

BEN KIRSHNER: "Things we are not legally allowed to ask in an interview, we can find because they're publicly displaying it on the social networks."

Leslie Stevenson directs the Career Development Center at the University of Richmond in Virginia. For young job-seekers, she says, the barrier between public and private is changing.

LESLIE STEVENSON: "In the past two years, candidates are not seeing social media as a place that we have to keep private from prospective employers but as a tool that will assist in my search."

To do that, job-seekers need to carefully develop their online image. Ben Kirshner says an important part of that is managing public and private details on social media.

BEN KIRSHNER: "You are your brand. So everything you do online reflects who you are personally and professionally."

He thinks a willingness to share experiences and skills will lead to a more open workplace.

BEN KIRSHNER: "I think there will be sites and services coming out that will make people even more transparent about what they do at their job."

Even the kinds of links you share with other people on Facebook or other sites are part of your image.

Image is one thing. But you also need skills. And career specialist Leslie Stevenson says that includes "soft skills."

LESLIE STEVENSON: "Soft skills are the skills that help people communicate in the workplace. They're all of the things you bring to the table, such as your communication, how you interact both with your teammates, with potential clients."