Update Required To play the media you will need to either update your browser to a recent version or update your Flash plugin.
By Jim Tedder and Caty Weaver
2010-9-24 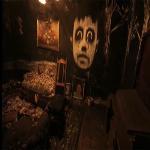 Today, we listen to "Wake Up," a new album from John Legend and the Roots.

And we answer a question about a famous Tennessee Williams play.

But first, we tell about YouTube videos appearing at the Guggenheim Museums in New York and Europe.

The video sharing website, YouTube, was created in two thousand five and became an overnight success. Google bought YouTube for more than one billion six hundred thousand dollars the following year. In May, YouTube announced that two billion videos were watched each day.

In June, the Guggenheim Museum in New York City announced it would hold a competition among YouTube videos. Now, the judges have chosen the top one hundred twenty-five videos. Mario Ritter has more.

MARIO RITTER: The Guggenheim and YouTube launched the competition called "YouTube Play. A Biennial of Creative Video." The information technology companies HP and Intel are supporting the event. Twenty-three thousand videos entered the competition. They represented ninety-one countries and every possible style of moviemaking.

The rules of the competition were few. Videomakers had to be eighteen years or older. They could enter only one video. It had to be no more than ten minutes long. Any language, subject, sound and style were considered.

Eleven people are judging the videos. They include artists, musicians and filmmakers. Laurie Anderson is all three. She says all her art starts with a story. So she looks for a story as she judges the videos.

Other judges include the filmmaker Darren Aronofsky, the band Animal Collective and artist and filmmaker Shirin Neshat.

New Jersey artist Dahlia Elsayed's video is one of the finalists. She used the camera in her computer to record herself describing her daily food desires for one month. The video is simple, short and interesting.

A frightening but beautiful video came from Chile. The video by Niles Atallah, Joaquin Coci?a Varas and Cristobal Leon is called "Luis." It is an animated ghostly story of a tense, angry boy. It is very dark but impossible to stop watching.

"Mars to Jupiter" is a video from Canada by Sterling Pache. It is about a survivor of the nineteen ninety-four genocide in Rwanda. The video explores how her past still haunts her.

Other chosen videos are from France, Spain, Taiwan, Australia and Israel. Almost thirty countries are represented. You can see them if you link to YouTube Play from our website at 51voa.com.

People can also see the one hundred twenty-five videos at the Guggenheim museums in New York; Bilbao, Spain; Berlin, Germany, and Venice, Italy.

On October twenty-first, the YouTube Play judges will announce the final twenty winning videos at a special event at the Guggenheim in New York. The videos will be on view there until October twenty-fourth.

DOUG JOHNSON: Our listener question this week comes from Vietnam. Tuan Nong would like to know about the famous play, "A Streetcar Named Desire."

Tennessee Williams wrote the play in nineteen forty-seven. "A Streetcar Named Desire" is filled with emotion and tension. The story has three main characters. They are Stanley Kowalski, his wife Stella, and her sister, Blanche DuBois.

Blanche comes to New Orleans to visit her sister. She stays with Stella and Stanley in their crowded, noisy apartment. Stanley is a violent and abusive man. He is not happy that Blanche is there. From the beginning, Blanche says things that are not true. She pretends to be a Southern lady with high morals.

But the truth is she was fired from a teaching job because she had sex with a teenage student. She was thrown out of a hotel for having sex with many different men. She also has lost her house and land and has no money. She drinks a lot of alcohol, but tries to hide it from everyone. Her entire life is one big lie.

When Stanley finds out about her past, he violently tries to force Blanche to face the truth. But Blanche is not just a liar. She is emotionally sick. In the end, she is sent to a mental hospital. 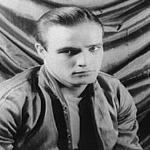 Portrait of Marlon Brando from the play "A streetcar named desire"

"A Streetcar Named Desire" is considered a great American play. Tennessee Williams won the Pulitzer Prize in nineteen forty-eight. The play was a success on Broadway and was then made into a movie in nineteen fifty-one. Elia Kazan directed both the Broadway play and film. On stage and in the film, the part of Stanley Kowalski was played by a young Marlon Brando.

MARLON BRANDO AS STANLEY KOWALSKI: "And I never met a dame yet that didn't know whether she was good looking or not without being told. And some of them give themselves credit for more than they've got."

"A Streetcar Named Desire" has been restaged several times on Broadway and in many other cities. It has won many awards. The movie won four Academy Awards, including best actress for Vivien Leigh as Blanche DuBois.

And there really was a streetcar named Desire in New Orleans. It carried passengers through the French Quarter from nineteen twenty until nineteen forty-eight.

DOUG JOHNSON: John Legend and the hip-hop group the Roots released a new album together this week. "Wake Up!" is a collection of mostly protest songs from the nineteen sixties and seventies. John Legend says the idea for the album came in the heat of the summer and an important American presidential campaign. Katherine Cole has more.

KATHERINE COLE: John Legend says he sought the help of the Roots because it is one of the best bands in the business. Legend says he had wanted to work with the musicians since college. 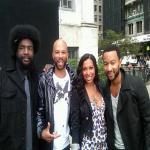 John legend, from right, with Melanie Fiona, Common and ?uestlove

He also says he knew that Roots leader Ahmir "?uestlove" Thompson would understand the message Legend wanted to create with "Wake Up!" Thompson told Billboard Magazine that the album is filled with music his parents played when he was a very young child. He said he hopes parents today will play "Wake Up!" for their two and three-year-olds.

Harold Melvin and the Blue Notes were the first to record "Wake Up Everybody." Here John Legend and the Roots perform their version.

Donny Hathaway recorded "Little Ghetto Boy" in nineteen seventy-two. Here is how it is done on "Wake Up!"

John Legend and the Roots also perform this reggae song from nineteen seventy-nine, "Humanity (Love the Way it Should Be)."

There is one new song on the album "Wake Up!" John Legend wrote it for Davis Guggenheim's new film about America's public schools called "Waiting for Superman." We leave you with Legend and the Roots performing "Shine."

DOUG JOHNSON: I'm Doug Johnson. Our program was written by Jim Tedder and Caty Weaver, who also was the producer.

You can find us on Facebook, Twitter and YouTube at VOA Learning English. If you have a question about American life, send an e-mail to mosaic@voanews.com.