Update Required To play the media you will need to either update your browser to a recent version or update your Flash plugin.
By Anne Ball
21 April, 2015


Western advertising and public relations agencies are increasingly joining with African advertising companies. They are working together to attract international businesses that want to advertise products or services in Africa. The continent has been considered the last frontier, or undeveloped territory, for consumer markets.

Western public relations companies in Africa are sometimes known for cleaning up the image of a head of state or a government. Even a company started by a former advisor to the president of the United States has been linked to Nigerian president-elect Muhammadu Buhari. During the recent election campaign, Mr. Buhari promised change. American David Axelrod founded the company, strategy group AKPD Message and Media. He once served as a political adviser to U.S. President Barack Obama.

Now, the job of advertising agencies in Africa is changing. 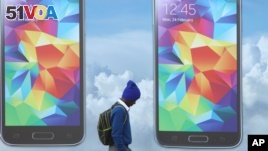 A schoolboy walks beneath a mobile phone advertising billboard in Johannesburg on Sept. 3, 2014. (AP Photo/Denis Farrell) 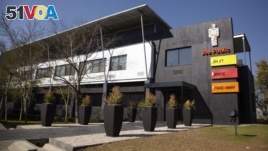 Communications and public relations agencies are still advising African leaders. But many are also looking for international businesses that want to do business in Africa. After all, the continent is home to six of the 10 fastest growing economies in the world.

Keri-Ann Stanton is managing director of Engage Joe Public, a public relations agency. She says global communication companies have bought or partnered with many African agencies over the last two years.

The growing number of mobile devices has helped the growth of locally-owned digital agencies in sub-Saharan Africa, countries south of the Equator. Keri-Ann Stanton says these agencies are creating their own niche, or specialized market, and winning plenty of praise.

"We are an emerging market so we know that a lot of people are trying to get into Africa and a lot of people have failed terribly. So, it's very much like there's a shift - the first world is watching Africa for innovation."

Africa claims to be the "mobile continent" because so many people use wireless technology there. There are predictions that the ability to connect to high-speed Internet will increase 20 times over the next five years. Studies have found there will be an estimated 930 million mobile users in Africa by the end of 2019.

The American public relations agency Grey opened an office in Johannesburg, South Africa. From there, the company will work with clients in Nigeria, Mozambique, Kenya, Ghana, Tanzania and Botswana. These are fast growing markets, says Paul Jackson, managing director at Grey South Africa.

"We have seen a lot of multinationals not getting the returns in first world economies and looking to the third world markets and emerging markets for additional returns. Obviously it is lot riskier...obviously these are markets that they don't understand. But they know that Africa is the place they have got to be."

Many overseas companies have little experience dealing with Africa. They do not know much about the culture or the way things are done on the continent. Also, there is a lack of information to help with the marketing. So having employees who are experts in the area and culture is helpful for companies.

"So it's really important any client and/or agency understands the various markets that they are targeting, those various nuances, the different cultures, the key insights that is going to make a product move in a very tough landscape. You have got to have on the ground representation; you can't fly by remote control."

In October, a London-based company, Weber Shandwick, announced it was combining with its South African sister agency, McCann PR. This will give the company a big increase in its number of South African business clients.

Fraser Lamb is chief executive officer and Africa Chairman of McCann Worldgroup. He says poorly informed advertising campaigns can be costly. He says a MasterCard campaign designed for Africa but developed in Dubai did not work.

"The work we found was a ‘disconnect' from the reality. For instance, in our truth about Africa we put a slide there that talks about a number of countries who actually have safari versus the perceived number of countries. So, the artwork that came from abroad was largely about safari and we said ‘well, you know if this is for Kenya, it works, whereas in Nigeria - it's (safari) scarce'. It was a campaign that had to be adapted."

attract — v. to cause someone or something to want to do or be involved in something

mobile — adj. something that can move from one place to another

client — n. a person who pays a person or organization for services