Update Required To play the media you will need to either update your browser to a recent version or update your Flash plugin.
By Phil Dierking
28 April, 2018


Many American higher education officials agree on the need for a more balanced racial, ethnic and cultural mix at universities and colleges.

In the past, American colleges and universities placed special importance on minority or international students. But a growing number of private colleges now seek to admit more rural students. Admissions officials believe that such students have a different way of thinking than students from heavily populated areas like cities.

Andrew Moe is Associate Dean of Admissions and Director of Access at Swarthmore College in Pennsylvania. He said admitting students from rural areas is a natural extension of the college's inclusion goals.

He added that about 50 percent of U.S. school departments are also in rural areas.

Swarthmore is a private liberal arts college near Philadelphia. Moe said that he usually goes to cities to visit high schools and meet students. This is true of most admissions officers, he said.

However, he suggested, this can lead to student populations of which many members share the same outlooks and similar opinions. 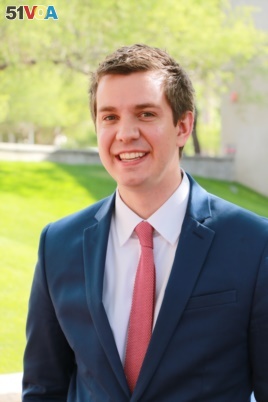 Andrew Moe, Associate Dean of Admissions and Director of Access at Swarthmore College in Pennsylvania.

Moe said that Swarthmore wants students from across the country and around the world. The opinions of students from rural areas are, in his words, "rich and really different than what I think is represented...really across most private colleges."

However, identifying and appealing to students from rural areas can be difficult.

"You can't simply call up a school, say you want to visit and they have never heard of you," he said. He added that the first step is to build relationships with high schools and their students.

Moe said that in rural areas, fewer students have friends and family able to inform them about college or the admissions process. So, it is important for admissions officers to spend time talking with students about how to prepare college admissions forms.

As a result, colleges are exploring technology for answers. Real-time video communication is one such tool to reach large groups of students.

At Swarthmore, currently, only 10 percent of rural students seeking admission are accepted.

Moe says that it is important for colleges to change their expectations, and understand the issues that rural students are facing. 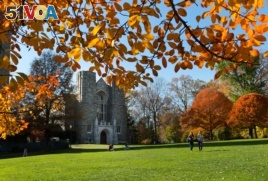 Fall foliage on Parrish Beach and Clothier Hall on the campus of Swarthmore College.

Lynn M. Morton is president of Warren Wilson College in North Carolina. She recently told the publication Inside Higher Education that she worries that students do not have enough people around them who disagree with their opinions.

Morton said she became concerned after examining results of the National Survey of Student Engagement. She found that only 23 percent of students at her school felt they "often" or "very often" spoke with people holding different political ideas than their own.

Warren Wilson College is close to Asheville, the largest city in western North Carolina. It is considered a politically liberal city. So, Morton is seeking more students from rural areas, which traditionally are more conservative.

Admissions officers at Swarthmore and Warren Wilson say they have seen small but good changes concerning future student populations. Warren Wilson has seen a 57 percent rise in rural students seeking admission to the school. At Swarthmore, Andrew Moe reported an increase of about 25 percent last year.

"I hope it's a growing trend," said Moe.

Are there many rural places where you live? Do students from there usually go to college? We want to hear from you. Write to us in the Comments Section or on 51VOA.COM.

portion - n. a part of a larger amount, area, etc.

delivery - n. the act of taking something to a person or place

recruit - n. to find suitable people and get them to join a company, an organization, the armed forces, etc.

trend - n. a way of behaving, proceeding, etc., that is developing and becoming more common